The Lunar New Year, known as Tết or Tết Nguyên Đám, is the most important festival of the year in Vietnam. It falls on the first day of the Lunisolar calendar, usually at the end of January or the start of February. Each year is dedicated to a sacred animal from the Vietnamese Zodiac – 2022 will be the year of the tiger. It’s not just one day of celebrations either, Tet lasts for several days. Want to find out more about how to ring in the new year in Vietnam? Here are some New Year’s traditions in Vietnam to get you started.

Tết actually kicks off the week before Lunar New Year with a prayer to the Kitchen God. In Vietnamese folk law, each house has three gods to protect the whole family and watch over their behaviour. On this day, the Kitchen God returns to heaven on a carp fish to report everything that’s been going on in the house to the Jade Emporer. People help him on his way by making offerings on the shine and releasing goldfish into the local ponds and rivers. You’ll often see women in traditional conical hats selling goldfish off the back of motorbikes too. Once the ceremony is over, the family clean and polish everything up ready for the Kitchen God’s return. 2. Prepare for a clean slate

You want to start Tết off in the best state possible. People generally spend a couple of weeks before the festivities shopping, re-decorating the home, cleaning and paying off their debts. Parents will often buy their children new clothes so that they can wear them for the celebrations.  Most shops close during Tet too, so people stock up on food and decorations beforehand.

Once you’ve purified your house, you’ll need to purify your body with a bath in water laced with medicinal herbs to wash away last year’s misfortunes.

3. And get the altar ready

Most Vietnamese homes will set up a family altar to pay respects to their ancestors at this time of year. The five-fruit tray or Ngũ Quả is an important part of this. Each of the five fruits placed on the tray represents a different prayer for the future. People display the fruits in different ways from region to region.

4. the First one through the door is pretty important

New Year’s Day is a big family day. The first person to enter the house on New Year’s Day is important – they set the benchmark for the whole year to come. So if someone with a bad character or an unlucky star sign comes through your front door first, your whole year will be filled with bad luck. That also means that if someone with a complimentary star sign or a particularly fertile/intellectual/wealthy/wise person walks through the door, you’re in for a treat. If that seems too risky, you can also pop outside a few moments after midnight to make sure no unsavoury characters make an entrance first.

On the first day of New Year, the whole family will get dressed up and get together to ring in the new year. The eldest members of the family will give red envelopes to young adults and children. This lucky money brings health, intelligence, obedience and luck too.

Fireworks are a huge part of Vietnamese New Year. The loud noises are supposed to scare off evil spirits from ruining the New Year. Families up and down the country will gather around lakes, parks and rivers just before midnight to watch the impressive displaces. In some regions, there are dragon dances and people carry whistles, gongs and bells to ward off the bad spirits. 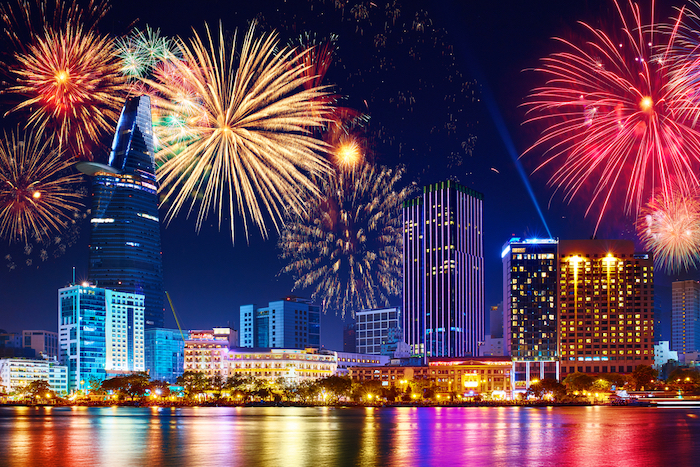 In Vietnam, everyone gets to tuck into something delicious whether you’re dead or alive. Families will offer meals to ancestors at the family shines throughout the day. Special offerings of elaborately decorated paper, fruit and wine stay on the altar until the fourth day of tết. For everyone else, the New Year’s Day feast involves plates of boiled meat, Banh Chung cakes, pickled onions and sweet sticky rice.

On the fourth day of celebrations, all of the leftover food from the altar is collected and added to a huge finale feast which lasts for a few hours. 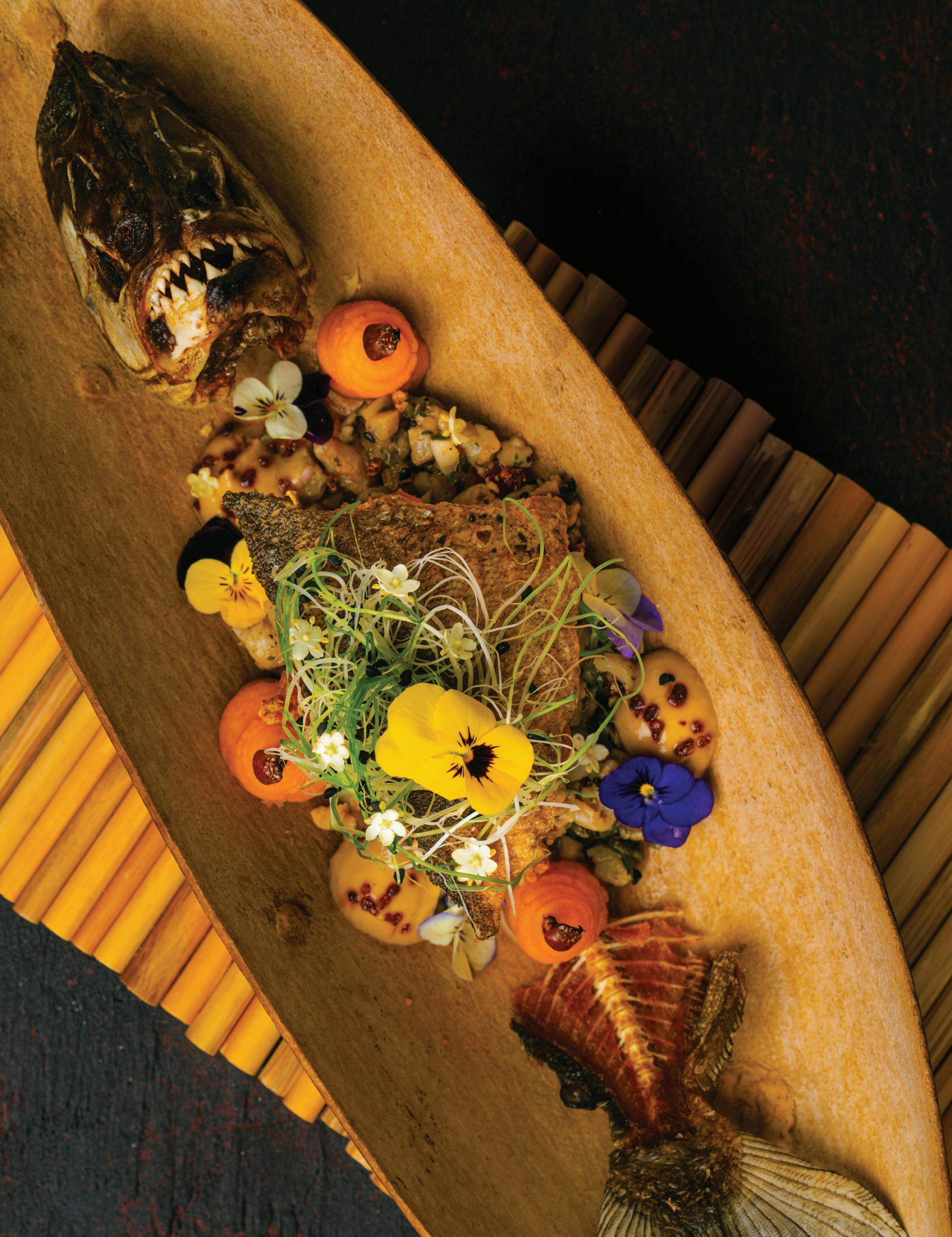