Spain is known worldwide for its rich history and culture. And what adds further to its beauty is the range of famous Spanish cuisines which is one of the most-loved cuisines in the world. Whether you’re visiting a countryside or a modern city, you will never find dearth of lip-smacking food options. From uniquely made soups to healthy meat dishes, Spain offers the best food for every taste.

Top 8 Spanish Cuisines You Ought To Try

If you wish to get acquainted with Spain’s food culture, try these eight best Spanish cuisines that will delight your senses and give you a soulful experience! 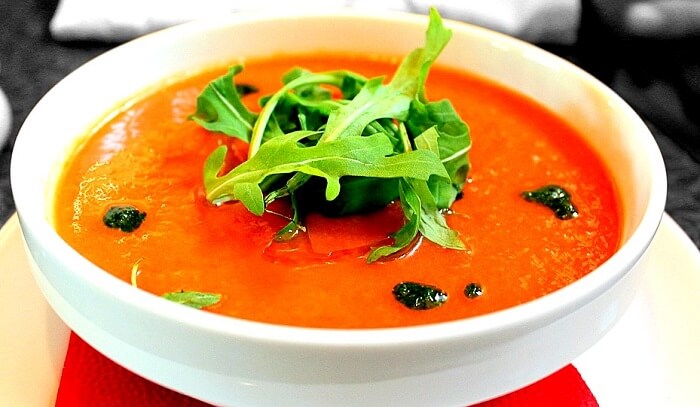 The spanish cuisine which has made its way into the hearts of people all around the world, Gazpacho is a chilly tomato soup made with fresh Spanish tomatoes, garlic, onions and more which makes it a healthy dish. If you’re visiting Spain in summers, this is a must-try!

Must Read: 10 Most Amazing Spanish Islands That You Wouldn’t Want To Leave In 2022 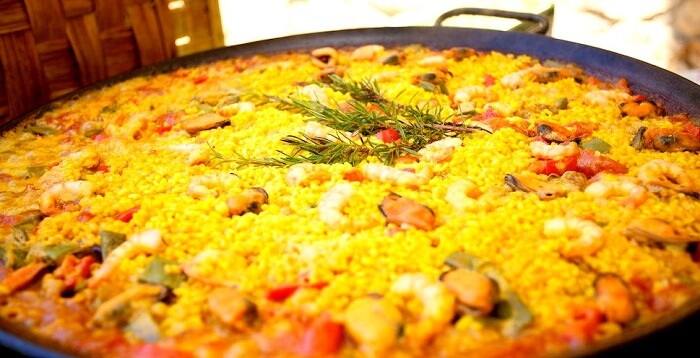 Suggested Read: 10 National Parks Of Spain That Will Take Travellers To Another World

For savouring the best of Spanish meat dishes, try Paella which is a rice-based dish. For this spanish food, recipes are always experimented with, making it highly popular and fascinating. Often comprising of chicken, beans, it is also cooked with seafood, duck, eel and more. It is the traditional cuisine of Spain. 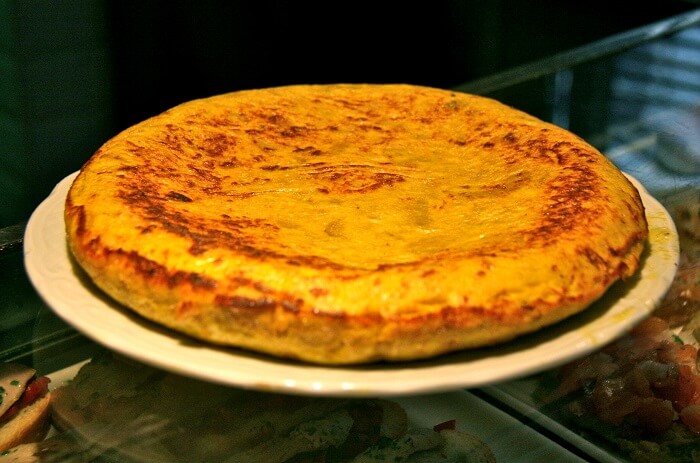 If you like omelettes, then, you’ll be glad to know that Spaniards also love to have omelettes and they have their own version of it. One of the easiest spanish dishes, tortilla is made with eggs, potatoes and onions cooked in olive oil. You will find a lot of varieties of tortilla in Spain. 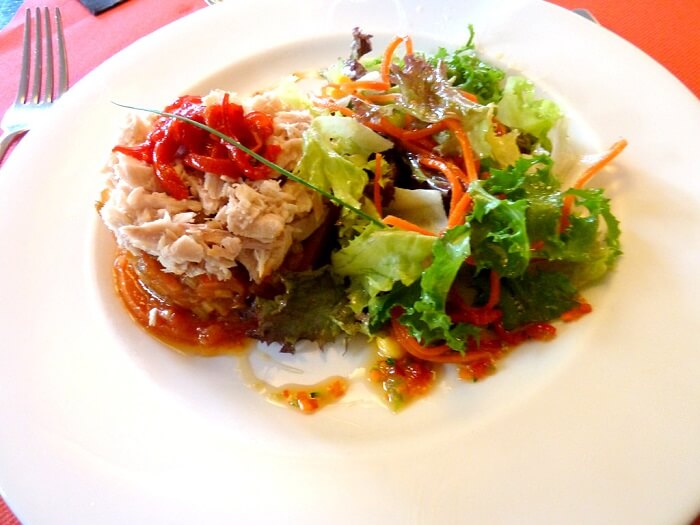 Suggested Read: Trekking In Spain: 10 Best Places For Indulging In An Ultimate Adventure Like Never Before!

The spanish version of ratatouille, Pisto is usually served as a side dish to meat or as a starter. Onions, garlic, peppers, tomatoes and courgettes are fried in olive oil and make a tasty Spanish vegetarian cuisine. You’ll find this majorly in small towns and villages. 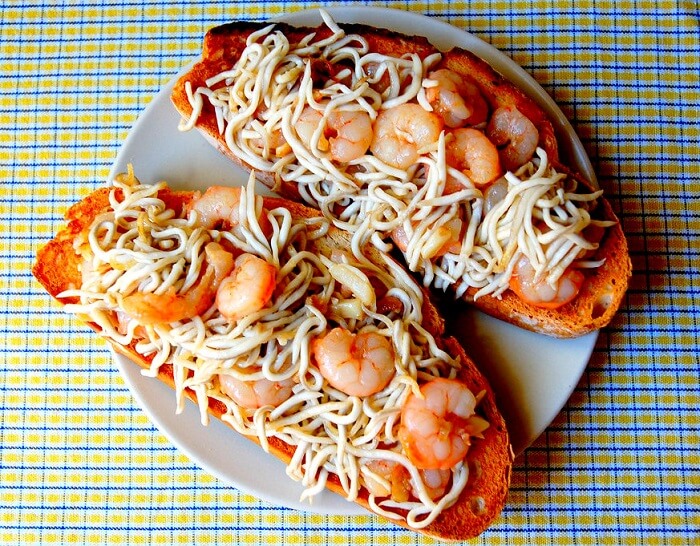 The key characteristics of Spanish cuisine include fresh ingredients, natural flavours and simplicity. And this can be easily found in this dish which is made of Spanish prawns cooked lightly in olive oil along with chilli & garlic. Its strong aroma will make you crave for it so why not give it a try? 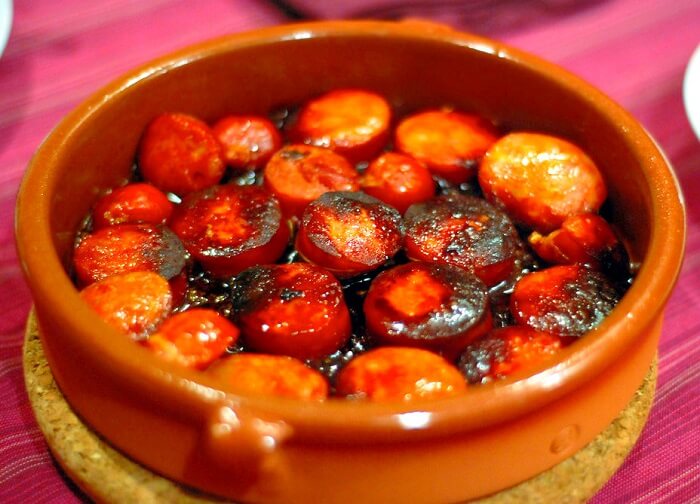 Suggested Read: 10 Sensational Wedding Venues In Spain That Will Give You Major #WeddingGoals

One of the most favourite foods of Spaniards, chorizo is a cured sausage with sweet and spicy flavours. It’s made with pork and smoked-pepper which gives it a red colour making it easily identifiable. This spanish cuisine is a must-try! 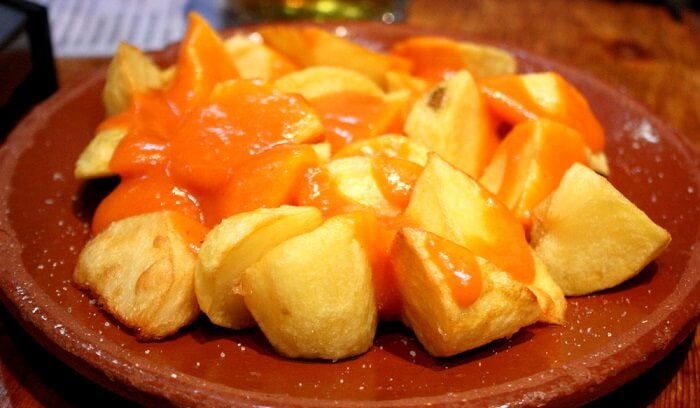 Suggested Read: Your Stays Made Easy With These Hostels In Spain

Varying in taste all around the country, this is one of the most devoured Spanish cuisine. Usually containing fried potatoes, the bravas sauce is made of sweet and spicy pimenton. This is yet another Spanish vegetarian cuisine that you should not miss out on. 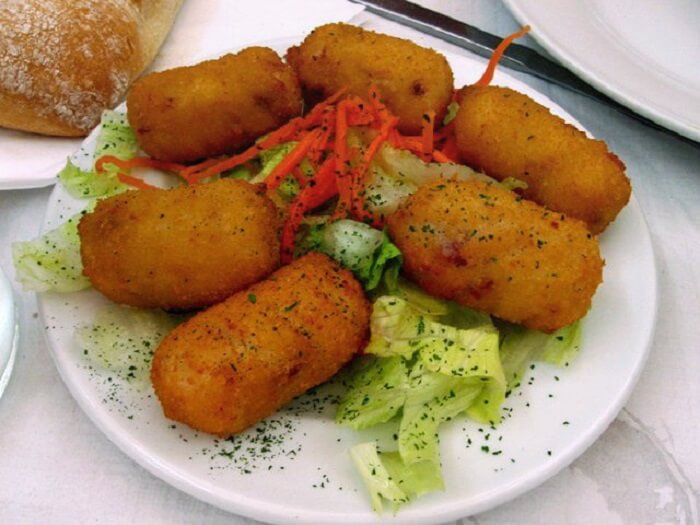 Suggested Read: Winter In Spain: A Guide That’ll Help You Curl Up Amid The Country’s Eternal Charm

These mouth-watering creamy cheese croquettes will take you to another level. They can be found everywhere in Spain and come with a lot of varieties and unique Spanish flavors. Made with cured ham, cod fish and bechamel sauce, the recipe of this dish is usually kept a secret. Sounds interesting, right?

Feeling the hungerlust already? We’d say, don’t think and plan your Spain holiday with TravelTriangle to treat the foodie within like never before!


Looking To Book An International Holiday?

The post 8 Best Spanish Cuisines That Will Make You Fall In Love With Spain All Over Again! appeared first on .