It’s an exciting week for watches, more so when there are celebrations all around.

Panerai, for one, is putting its fan base — the Paneristi — on a pedestal, offering them a special edition watch to commemorate 20 years of unwavering support. IWC is also paying tribute to its own hero, the Portugieser, by pooling together some of its ‘best ofs’ for a retrospective exhibition in Singapore.

In the market for a new watch? Chopard has expanded its Alpine Eagle collection to include three new models in varying sizes, but for something with a lot more visual impact, look to Hublot’s fresh trio of high jewellery timepieces, each dripping with an eye-watering assortment of diamonds.

If you were missing the camaraderie you once shared with other watch enthusiasts, it’s still possible to connect with the community, especially since watch shows are now moving to digital platforms to showcase new novelties and better yet, hold panel discussions to also talk about issues that matter today.

Here’s everything you need to know about the horological world this week.

Few watches are as captivating as the Hermés’ Arceau L’heure De La Lune. This year, the Maison takes the romanticism of the lunar cycle to the next level with a US-only limited edition, made from what else, but a slice of New York meteorite that was first discovered by a fishing boat in 1965.

Designed to conjure “a voyage through the cosmos,” each limited edition timepiece sees slivers of the rocky 2.95kg meteorite set as backdrop for the dreamy dual moonphase, which shows both the northern and southern hemispheres at once. The watch is housed in a 43 mm platinum case, and is equipped with the self-winding mechanical Hermès Manufacture H1837 movement. Only 16 pieces will be made, and will retail for approximately S$95,000. 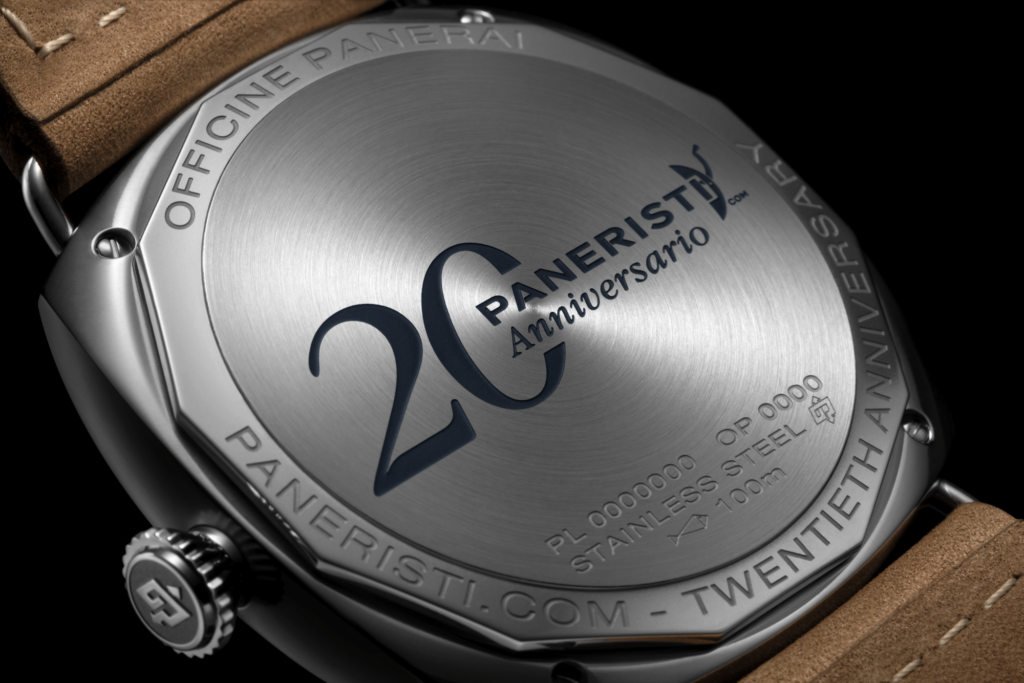 Panerai’s supremely loyal fan base, also known as the Paneristi, have become such a synonymous part of the brand that it’s impossible to ignore the influence the discerning bunch has on the firm. Now that they’re 20 years deep into this relationship, Panerai wants to thank its authoritative (but unofficial) web community with a special edition reference: The Radiomir Venti – 45mm (PAM02020). 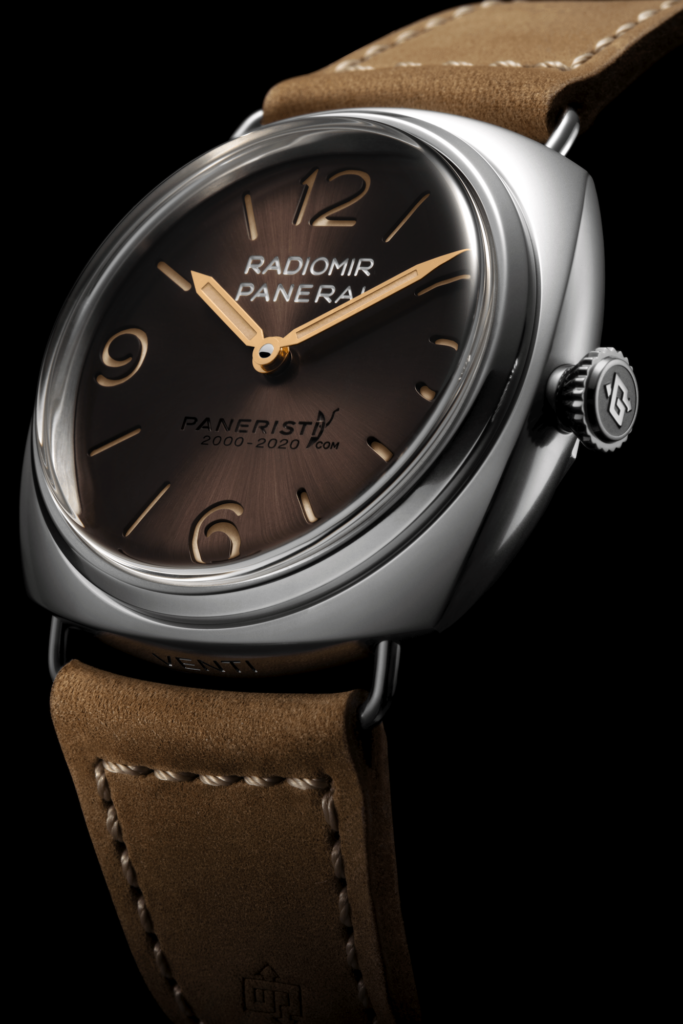 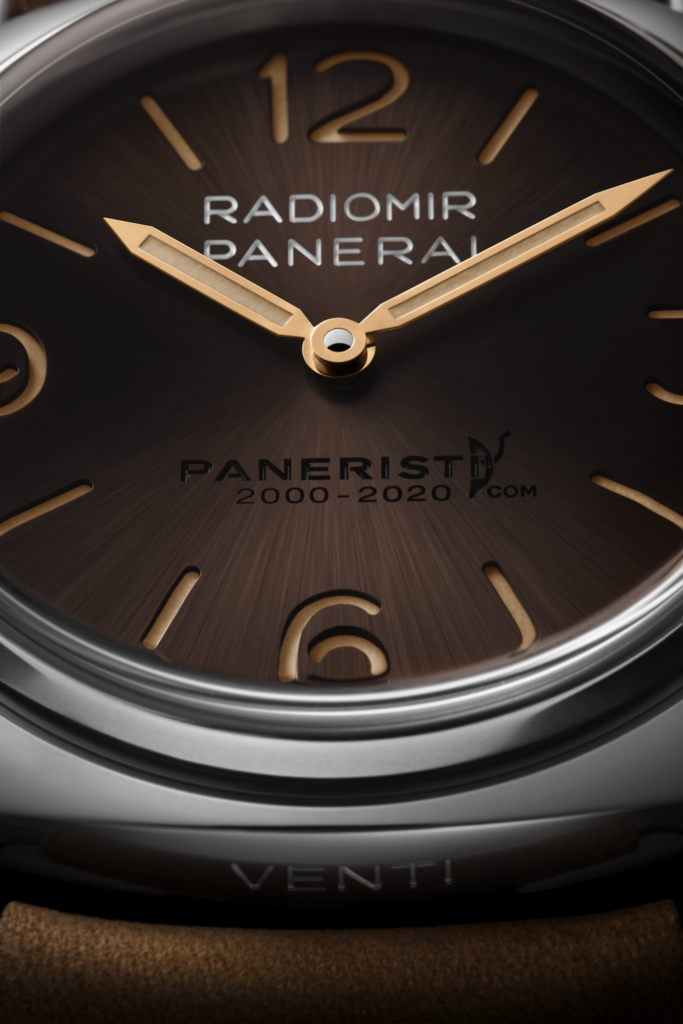 Only 1,020 pieces of this special will be made, which might prove to be a problem for the brand’s large fan base because it’s a beautiful reinterpretation of the very first Radiomir, which first debuted in the late 1930s. This revamped model will include beige Super-LumiNova details and gold- sword-shaped hands that stand out gracefully against a brown dial, made with a finish that mimics the effects of time on original specimens that have survived to this day.

The Radiomir Venti – 45 mm will also conform to the mechanical specifications of yore, and is powered by the manually-wound mechanical Calibre P.6000 movement. A “VENTI” engraving between the lugs at 6 o’clock pay further tribute to the diehard community.

Hublot watches are pretty over-the-top already but for those who believe in extremes, the brand has three new watches that carries more than 300 baguette-cut diamonds each.

The blinding trio is comprised of the Big Bang Unico High Jewellery, Spirit of Big Bang High Jewellery, and Classic Fusion High Jewellery, the latter of which is encrusted by a whopping 20.8 carats of the icy gem. Each of these stones have been carefully placed by hand with absolute precision to maximise their brilliance, especially within the limits of such an extremely confined space.

Of course, they also have a price tag that’s proportionate to their beauty; the watches range from approximately S$429,000 to S$500,000.

The Alpine Eagle might’ve only been introduced last year but the model — based on Chopard’s St. Moritz watch from the 1980s — proved to be a massive hit. So much so that more of this retro steel sports watch will be landing into stores near you soon.

The three new iterations are a 44mm XL Flyback Chronograph version, as well as smaller 41mm and 36mm time-only iterations. The former comes in Lucent Steel A223, chosen for its anti-allergenic properties and brilliance, and matched with a sunburst Aletsch Blue or Pitch Black dial. There’s also a two-toned version that combines steel with 18K rose gold for added flair, but whichever you choose, each is equipped with the automatic 03.05-C movement with 60 hours of power reserve and a water-resistance of 100 meters. 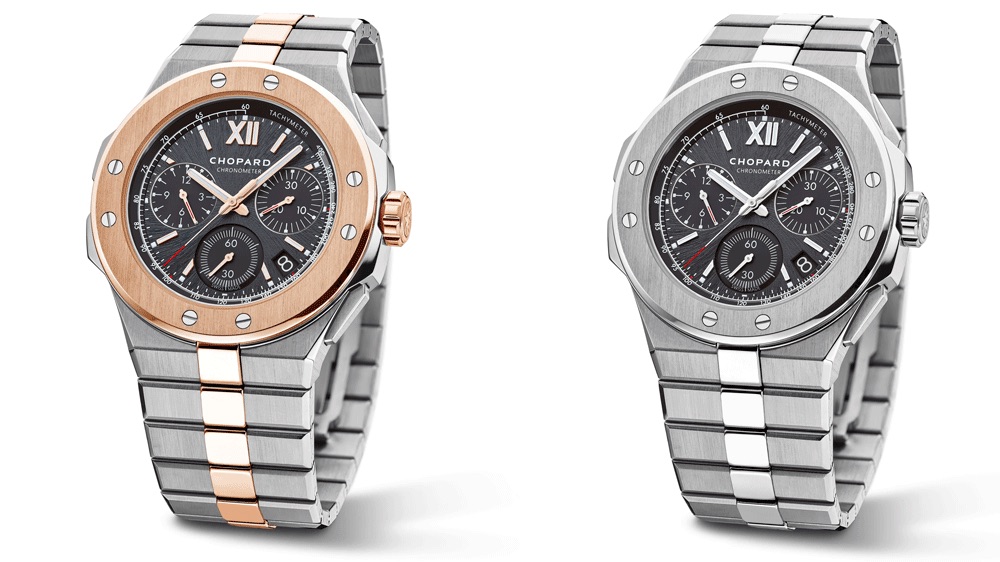 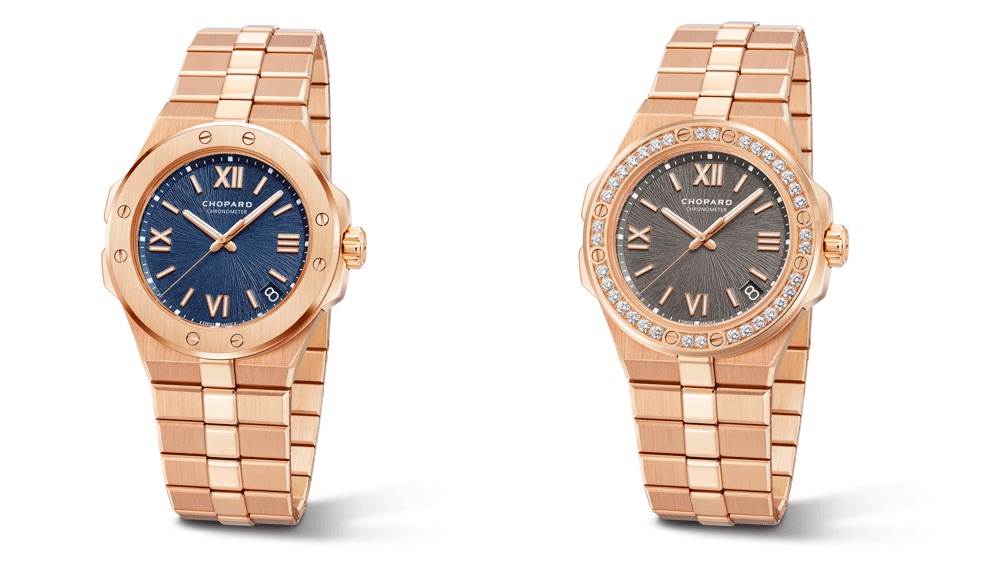 The 41mm Chopard Alpine Eagle Large, on the other hand, is crafted entirely in 18K rose gold and is matched with either a Bermina grey dial with a diamond-encrusted bezel or an Aletsch Blue dial without the bling. The smallest 36mm iteration (and most affordable at approx. S$18,740) is a great unisex option that’s powered by the 09.01-C caliber with 42 hours of power reserve. It’ll be available in Lucent Steel A223 with an Aletsch Blue dial.

More than 80 years later, the Portugieser still remains a storied part of IWC’s history and to celebrate that, the Manufacture is bringing nine of the most striking and defining timepieces in its lineage to town. 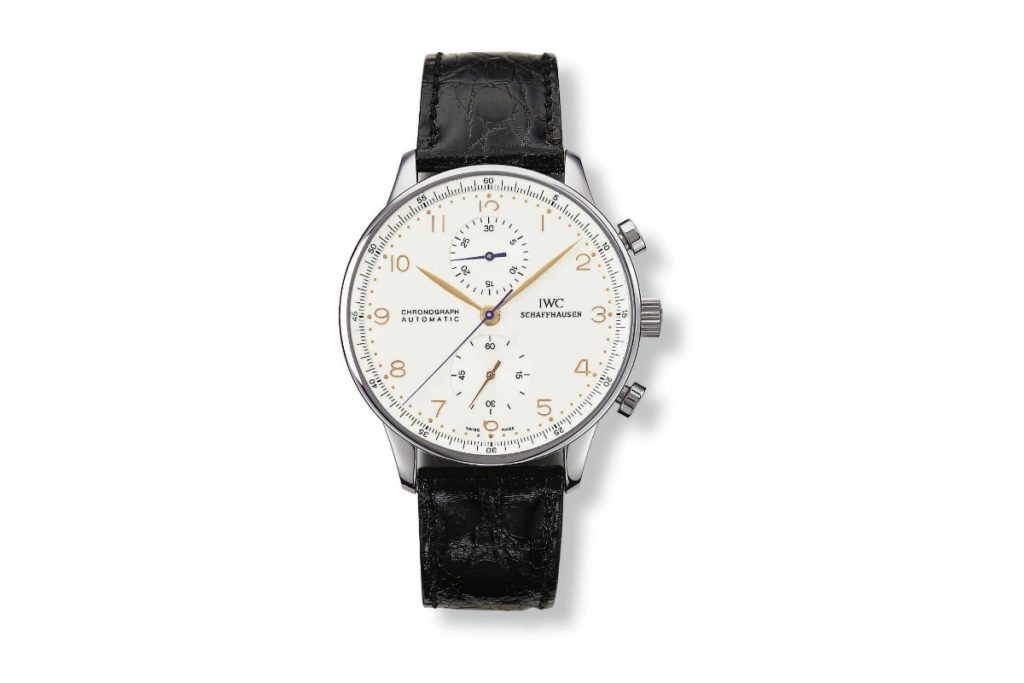 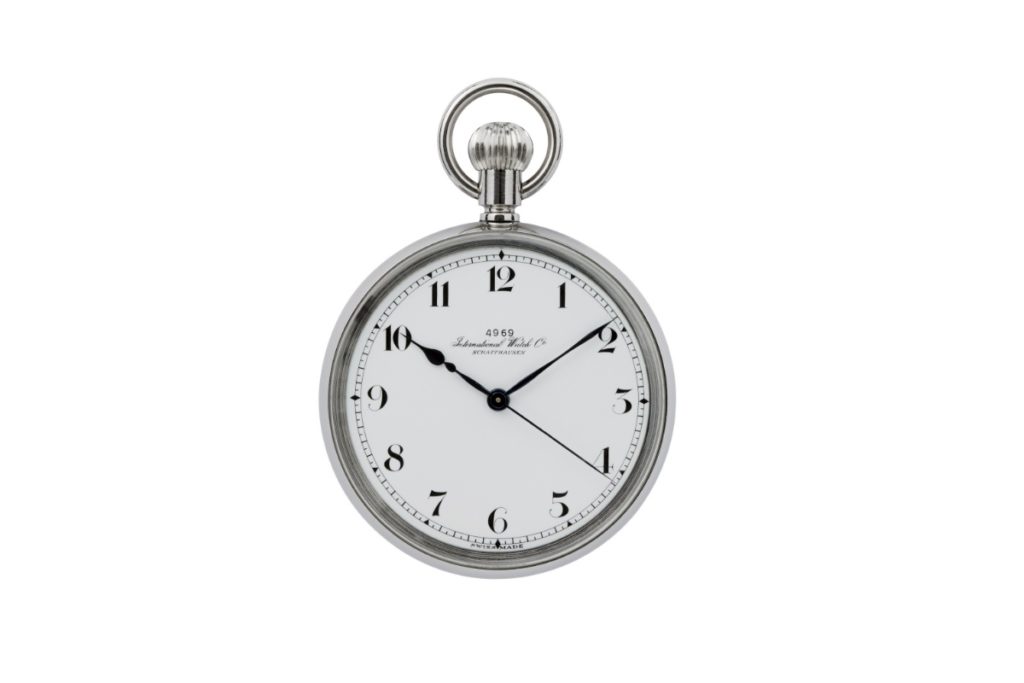 Curated by the IWC Museum in Schaffhausen and on display at the ION Orchard and Marina Bay Sands boutiques from now till 8 November, the exhibition will see Southeast Asian debuts like an observation watch first built for the British Royal Navy in 1943. Other highlights include the Yacht Club Ref. 811 from 1967 and the first Portugieser Chronograph from 1998, which became one of the most recognisable creations in the entire watch industry.

If there’s been a silver lining to this pandemic, it’s the fact that we’ve been able to virtually attend global events that we might not have been able to go to in person. WatchTime — which debuted in New York in 2015 — will be going online for the first time from 22 — 24 October 2020. 25 major brands– from A. Lange & Söhne and IWC to MB&F and Vacheron Constantin — will participate, and the virtual affair will be a chance for fans to not only read about new timepieces, but also interact directly with brand representatives from around the world.

The Horology Forum at Dubai Watch Week will take place online right after on 24, 26, and 28 October, as well as on 9 November. Now in its sixth edition, the annual event will be streamed on its YouTube channel. Instead of merely showcasing novelties, expect the forum to tackle issues such as environmental pollution from the watch industry  and the grey market.