During a three-day visit to San Francisco over Memorial Day weekend, which included a walk across the Golden Gate Bridge with Gold Star families and addresses to veteran organizations and the city’s Memorial Day ceremony, Sergeant Major of the Army Michael Grinston made a point to talk about the thousands of troops still around the world supporting counter-terror operations.

This year does feel different, though, he added, as reports of troops dying in combat have become more and more rare, and his trips to Dover Air Force Base, Delaware, to receive the fallen have dwindled.

“Those are tough,” he said. “You know, you almost go back and think of every soldier you lost on every deployment, every time you see one casket, and if there’s another one, it’s just all there every time … it’s extremely hard for me mentally to see that because, you know, I know what it’s like to lose friends and family. And I just can only imagine those feelings and what they’re going through.” 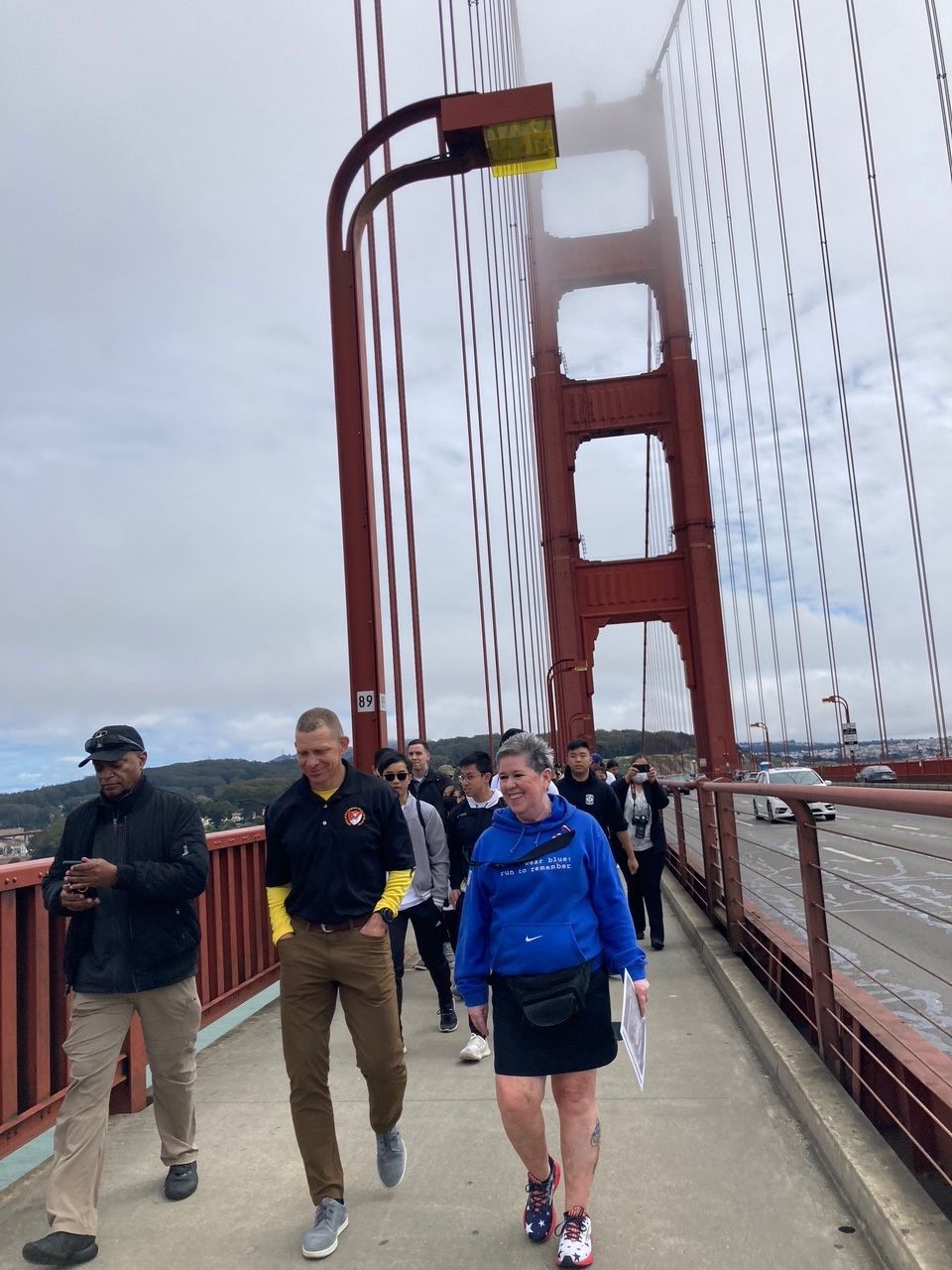 He took some time for a face-to-face with some of those families on Saturday, chatting with the parents of troops who died in combat.

“It’s important that we continue to honor the memory of our loved ones, and our heroes,” Roxane Langevin told Army Times. “And every day is Memorial Day for us. And it never goes away. It never gets any better.”

Her son, Cpl. Sean Langevin, 23, was killed in Afghanistan in November 2007 while deployed with the 173rd Airborne Brigade Combat Team.

“This weekend is such a two-edge sword, because we want say their names, we want to honor their memories ― it’s just the rawness never goes away,” Kevin Graves told Army Times.

His son, Spc. Joseph Graves, 21, died in July 2006 while deployed to Baghdad with the 89th Military Police Brigade.

On a peaceful Memorial Day, remember to honor the costs of war

The bridge walk was part of a larger weekend of events coordinated by Army veteran Ikram Mansori, a cryptologic analyst from 2007 to 2015 with multiple deployments to Iraq. He now serves as president of San Francisco’s Veterans Affairs Commission.

But, she added, “at the very same time, shifting that narrative that veterans are just broken,” by bringing together organizations that focus on career opportunities, whether it’s entrepreneurship and access to capital to start their own businesses, or the training to move into managing people or projects for established companies.

For the Army’s part, this ebb in combat operations offers an opportunity to reset, and to hopefully take the resources developed and the lessons learned during the first 20 years of GWOT and scale them for the future.

“I’m very cautious because, you know, people say, ‘Well, we’re not, you know, on those really tough deployments. And therefore, you know, do we really need all these resources?’“ Grinston said.

The answer is emphatically “yes,” he added. That includes everything from behavioral health services to morale, welfare and recreation programs aimed at reducing not only suicide risks, but misconduct.

“I still think that the biggest prevention is the environment, having a culture of ‘this is my squad,’ a team that you’re connected to, that you really care about,” he said.