The W-Awards honours Kate Macintosh for her contribution to elevating the profile of women in architecture, and commitment to providing affordable and dignified housing for all. 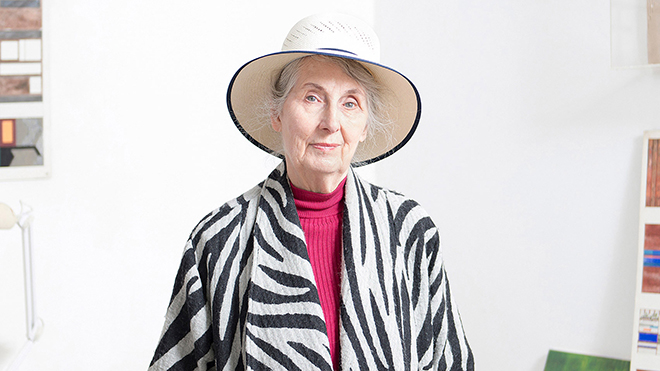 Born in Edinburgh, Scotland, and best known for her 1960s social housing projects, architect Kate Macintosh has been awarded this year’s Jane Drew Prize in recognition of her contribution to elevating the profile of women in architecture. Though she is now retired, Macintosh is revered for her work in public architecture and advocation for the use of buildings as a tool for social justice since the 1960s. 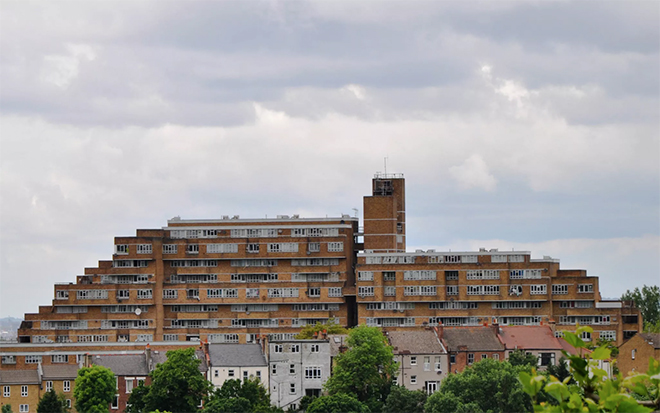 Beginning her first project at the remarkably young age of 26, Kate Macintosh graduated from the Edinburgh School of Art in 1961 and spent three years working and studying in Warsaw, Stockholm, Copenhagen and Helsinki before returning to the UK. Upon her return, she commenced work under Denys Lasdun on designs for the National Theatre in London. Her first career-launching project in 1965, was commissioned by the Southwark architecture department, where she designed the distinctive Dawson’s Heights estate in Dulwich.

Regarded an undulating modernist ziggurat (pyramidal stepped structure) atop a hill the edge of a nature reserve, Dawson’s Heights features 298 housing units and was roundly lauded upon its completion in 1972 for its humanistic approach. Although monumental in scale, Dawson’s Heights stood as a stark departure from the cramped and oppressive housing estates dominating the British landscape at the time. Through embarking on a subsequent project in Lambeth, Kate Macintosh was tasked with designing a housing facility for the elderly, and later went on to work on similar housing projects in East Sussex and Hampshire. Nicknamed one of the “unsung architects of social housing”, Macintosh eventually went on to establish a private practice with her long-term life and work partner, an architect by the name of George Finch, who is also known for his post-war social housing projects. Of the innumerable works to emerge from this partnership, the duo’s most notable include the RIBA Award-winning Weston Park Adventure Playground in Southhampton.

Prioritising social theory, education, women’s rights and tenants’ rights in all of her immaculate public housing designs, Kate Macintosh is still an active voice in the push for affordable and dignified housing till this day. In 2019, the architect had reportedly lead criticism against a RIBA award established in honour of the late social housing pioneer Neave Brown. The award which aimed to celebrate schemes which demonstrate evidence of meeting the ‘challenge of housing affordability’, ironically only required a third of the homes in question to be ‘affordable’.

‘The very term “affordable housing”, is talismanic of the hypocrisy of the government’s housing policies,’ said Macintosh, who urged the award to recognise council housing, homes built through Community Land Trusts or any vehicle ’not purely set up for profit and aims to meet human need’. The architect also added that bringing in rent control would permit the term ’affordable’ to have meaning. ‘London boroughs which are making genuine endeavours to provide decent shelter for their residents, eschewing the international housing-casino which is forcibly deporting Londoners; these are the ones who deserve recognition,’ she said.

As an esteemed and professional public figure in the United Kingdom, Kate Macintosh is often described as a remarkable architect and campaigner who has strongly influenced the direction of public housing. Serving now as an industry watchdog, Macintosh ensures that all ethical practices are upheld, not just by the state, but amongst landowners, and the Royal Institute of British Architects, as well.