U.S. Army Special Operations Command held a Memorial Day ceremony May 26 honoring the life and sacrifice of Staff Sgt. Ryan Knauss and other soldiers who have given their lives in service of their country.

Knauss was killed when a suicide bomber struck Abbey Gate at Hamid Karzai International Airport in Kabul, Afghanistan, on Aug. 26, 2021. The 23-year-old was one of 13 servicemembers killed.

Held at Memorial Plaza on Fort Bragg, North Carolina, Knauss’ name was added to the Memorial Wall of Honor in a ceremony attended by his family, other Gold Star families — including those of all of the soldiers killed in 2017 during the controversial Niger ambush — fellow special operations soldiers and top Army brass in the area. “Today marks the first Memorial Day since we closed our last chapter after two decades of service and sacrifice to the nation in Afghanistan,” USASOC commander Lt. Gen. Jonathan P. Braga said during the ceremony.

“I feel blessed that this year we are only adding one name to this wall, and it’s Ryan’s,” he said. “As we remember our fallen on this solemn day, we humbly reveal this 378th name on our memorial wall, for this chapter in our journey, Staff Sgt. Ryan Christian Knauss.”

Knauss was the first from his unit to raise his hand and volunteer for the rapid deployment mission to Afghanistan, his battalion commander, Lt. Col. Daniel Kinsella, previously told Army Times.

“When we got word of this mission, Ryan was the first to raise his hand and say, ‘I will go — send me,’” Kinsella said. “He was playing a direct part in saving American lives and getting them to safety. He was living out his life’s purpose, and making a difference.”

Remembered as “the absolute best” of his team, one fellow soldier — who wished to keep his identity private —said Knauss was an eclectic and loveable warrior.

“Why did it have to be the absolute best of us?” asked the teammate. “Many of the people in here, myself included, would have given anything for it to be us instead of him.” 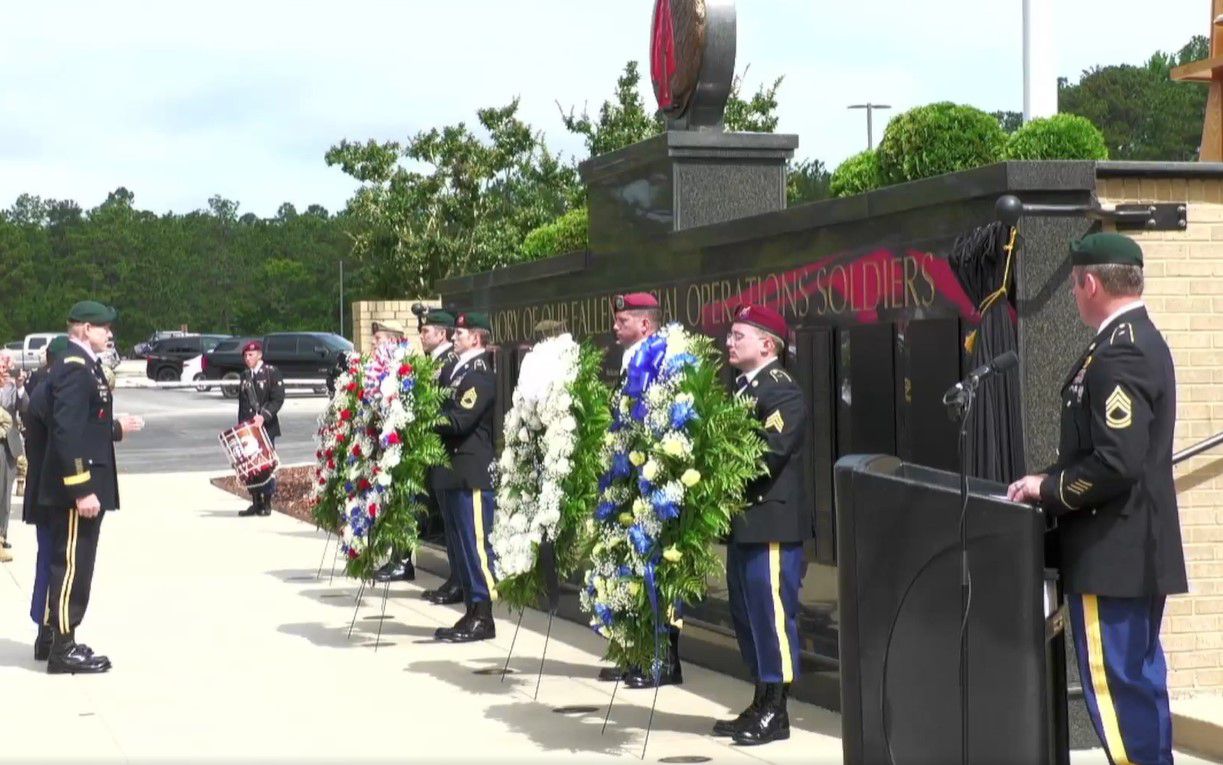 But as Braga shared during the ceremony, Knauss wasn’t known as someone who would be second to anything, even in sacrifice.

“Ryan’s detachment praised him as a ‘fire and forget weapon,’ possessing a level of maturity and trustworthiness beyond 23 years,” Braga said. “Regardless of the circumstances he maintained a great attitude that was accompanied by a constant smile.”

Addressing Knauss’ father, Braga added, “you have a lot to be proud about there, on how you raised him.”

Hailing from the small town of Corryton, northeast of Knoxville, Tennessee, Knauss is survived by his parents and his wife Alena.

He was buried at Arlington National Cemetery Sept. 21, 2021.

“Your memory will live on forever in the hearts of your family and your teammates,” Braga added. “I promise you that.”