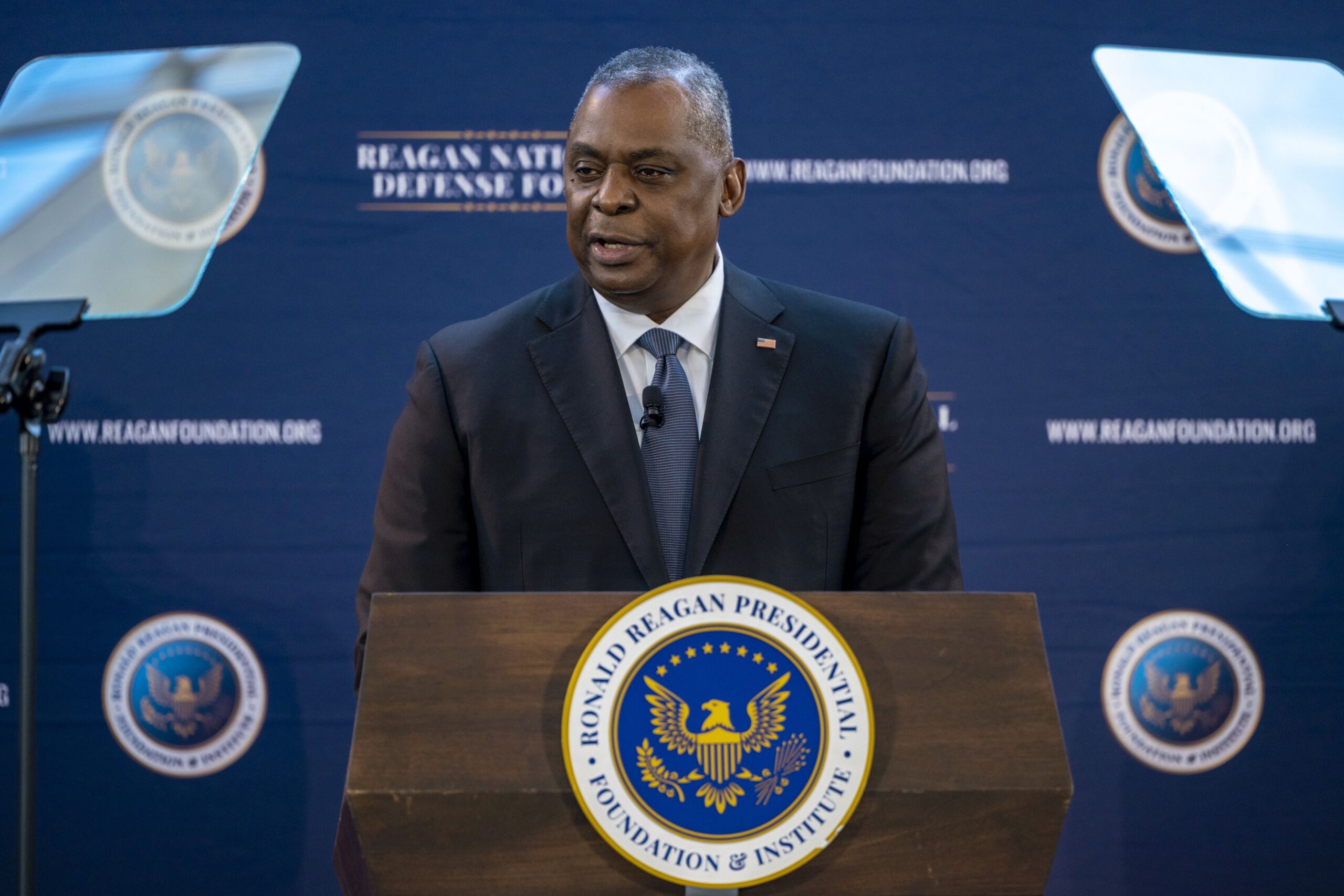 SIMI VALLEY, Calif. ― Defense Secretary Lloyd Austin on Saturday redoubled his call for Congress to pass a federal budget amid fears stalled talks will lead to another stopgap funding measure.

In a keynote address at the Reagan National Defense Forum here, Austin highlighted investments in military hardware, in research and in the Pacific region, adding “we’ve got more to do.”

“So let me urge Congress to pass an on-time appropriation so that we can get the capabilities to further strengthen our deterrence,” Austin said.

He pushed Congress to act on spending legislation as talks on an overdue fiscal 2023 spending package have stalled. Some Republican House members have pressed for a final plan to be postponed until early next year, when they will have control of the chamber and stronger negotiating power.

Congress approved a short-term budget extension in September after lawmakers failed to agree upon a full-year spending plan by the start of the new fiscal year, Oct. 1. That temporary extension is set to run out on Dec. 16.

On Monday, Austin sent lawmakers a letter seeking a full-year budget for his department as soon as possible, warning another short-term spending extension could imperil military readiness and family support efforts.

In wide-ranging remarks Saturday, Austin declared the U.S. would not let China “reshape its region and the international order to suit its authoritarian preferences.”

“Let me be clear: we’re not going to let that happen. That begins with America’s combat-credible deterrence,” Austin said. And we’re going to sustain and sharpen our warfighting advantages so that the PRC can never conclude that aggression is in its interest.”

On Friday, Northrop Grumman and the Air Force unveiled the new long-range stealth bomber, the B-21 Raider. Austin called it an “extraordinary display of combat power — and a major advance for American deterrence.”

“American power, innovation and values make the U.S. military the strongest fighting force in human history. And make no mistake: we’re going to keep it that way,” Austin said.

He highlighted the budget request’s inclusion of $34 billion to continue modernizing the nuclear triad of air, land and sea capabilities and to bolster nuclear command, control, and communications. That arsenal is the “ultimate backstop” to deter attacks against the U.S. and allies.

Also at the forum, Austin and U.S. Small Business Administration Administrator Isabella Casillas Guzman signed off on the joint Office of Strategic Capital. The office was set up to secure U.S. private-sector investment in critical defense-technology areas.

“This kind of change doesn’t always move as smoothly or as quickly as I’d like,” Austin said, “But we are determined to change the way that the Pentagon does business — and to create a true innovation ecosystem.”

Joe Gould is the senior Pentagon reporter for Defense News, covering the intersection of national security policy, politics and the defense industry. He served previously as Congress reporter.