iQiyi, Tencent and Youku had dominated the long-form video market in China for quite some time as the ‘three kingdoms’. Compared with the other two video platforms, iQiyi and Tencent video (V.qq), Bilibili is the favourite of young Chinese, with approximately 80% of its users aged between 18 and 35.

Bilibili entered Campaign Asia-Pacific‘s Asia’s Top 1000 Brands list for the first time this year, ranking 453rd against all brands across Asia. Among China’s top 100 brands, it ranked 84th, higher than iQiyi (97th), the only other video platform to crack to top 100.

Founded in 2009 and affectionately known by its users as ‘Website B’,  Bilibili was listed on the Nassdaq exchange in the US in 2018. In March this year, it was listed for a second time in Hong Kong.

Unlike other long-form video platforms such as iQiyi, Tencent and Youku, the most distinctive feature of Bilibili is that it is mainly PGC (professionally generated content). That is, it consists of videos originally created by content curators (Up主) rather than everyday users.

What’s more, Bilibili has strong user stickiness. In 2019, 10 years after the opening of Bilibili, it was reported that “more than 60% of users who registered in 2009 are still active 10 years later“.

“Engaging content and community experience” are two of Bilibili’s core competencies, according to Rui Chen, the chairman of the board and CEO of Bilibili.

In recent years, Bilibili contributed lots of favourite words to the culture and even made waves marketing itself, which inevitably caught the attention of brands and the marketing industry. Youth Lab, a research program from Publicis Groupe China, found that “original content reigns supreme in the spiritual world of Generation Z. Bilibili, with over 100 million post-90s users, has more than two-thirds of its daily views from original content creators.” The finding supports a conclusion that it is “a reflection of young users’ preference for original content”.

Brands also took quick action to collaborate with original content creators on Bilibil. For example, Vicky宣宣, a 15-year-old original musician from Guangdong, has more than 1.6 million followers. In August, she began to work with Nongfu Spring Tea Pie, just two years after she uploaded her first video on Bilibili. Her most-watched video has more than 14 million views on Bilibili and almost 1.6 million views on Weibo.

But Bilibili still has a problem of financial losses, despite soaring revenue. The company has spent aggressively on marketing to generate a more extensive user base.

How could Bilibili achieve such a rapid expansion, gain reputation and obtain exceptional user stickiness? Will Bilibili continue to win the hearts of Gen Z in China? We asked brand experts and agencies working in the Chinese market to share their opinions and practical experience. 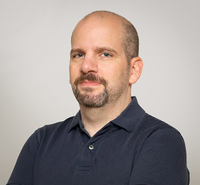 Collab Asia works with top global creators to bring their content into China the right way. We localize the content to reach the China audience and engage the fanbase in ways particular to Bilibili. Our US-based client PattyCake Productions is a good example. We have been working with them since early 2020 to bring their original songs and cinematic music videos to Bilibili. Their videos were a viral hit in the community, and they gained more fans in China in four months than they had in four years on YouTube.

Two of the most popular ways for brands to interact with consumers on Bilibili include working with influencers, and another is to open an account of their own. In both cases, it’s best to understand the platform and the audience. As we know a large proportion of Bilibili users are Gen Z, highly engaged and searching for authenticity.  As consumers, they are savvy, very engaged with e-commerce and thus have a vast number of choices. To win this group, brands should focus on more than just hawking their products based on numbers and work on building the brand image and connect it to a lifestyle, a community, a passion, or an attitude. To resonate with the fans on bilibili, the interactions between the brand and the creators, and the audience should be natural and not feel forced. One interesting thing we’ve seen is that the fan base actually applauds when their favourite creators interact with brands because they know this type of sponsorship helps their favourite creators pay the bills and keep producing content. This positive response of course only works if the interaction is authentic.

Bilibili has successfully positioned itself as a unique social video platform, with a devoted user community that is truly engaged with its favourite creators and brands that they see as supporting that community. That’s something you won’t find in most other social media and video platforms in China. From this perspective, we could understand why Gen Z in China loves Bilibili. First, with the development of technology, the threshold for video production is gradually lowering, and the young community is quick to learn about the new technologies. In this context, as a platform, Bilibili has enabled the democratisation of content for creators and users alike. By embracing a wide range of content creators and users while providing means for monetisation, it meets the multi-dimensional needs of its different audiences.

The indigenous netizens are a group of people with entirely different values and media habits compared to those of previous generations. They believe that there are no clear boundaries between the virtual and physical worlds. They recognise that people can have very diverse identities and labels, and it is not incongruous to them when a person might have different characteristics that appear contradictory to each other. They know how to search for the most relevant information in the vast amount of data on the Internet and can distinguish between true or false information.

So, how do brands maintain leadership with such a media landscape and consumer base? First of all, they need to understand. Brands must understand their consumers. What are the big or minor issues that they care about? What kind of topics will satisfy their curiosity about the world? Is it pop culture, schoolwork, relationships, health, job hunting or something else? Secondly, they need to shape their personality. Consider the brand’s ‘persona’ on Bilibili and how it wants to dialogue with its users. Thirdly, they must be sincere. Any footprint left by brands will be recorded. The days of building brands simply with well-planned advertisements are over.

What challenges may Bilibili face in the future? There will soon be a time when the next generation of young consumers begins to sprout their own subcultures, hoping to find different channels to express themselves. How will Bilibili balance the needs of its current users as well as those of a younger generation? This is an important question that Bilibili needs to consider.