GM-5600SN has an iconic square bezel made of metal with a rainbow ion-plated (IP) finish that resembles the lights of a city night, whereas GM-110SN which is a metal version of a popular GA-110 comes with a blue IP bezel, rainbow vapor deposition dial parts, and a color LCD that represent multicolored city lights. The latter comes with a replacement red resin band. The double slide lever mechanism enables the user to replace the band easily by using the included tweezers.

In terms of functions, both GM-5600SN and GM-110SN are shock-resistant, 200-meter water resistant and equipped with stopwatch and countdown timer. In addition, GM-110SN is magnetic resistance and gives you a world time setting from 48 cities. 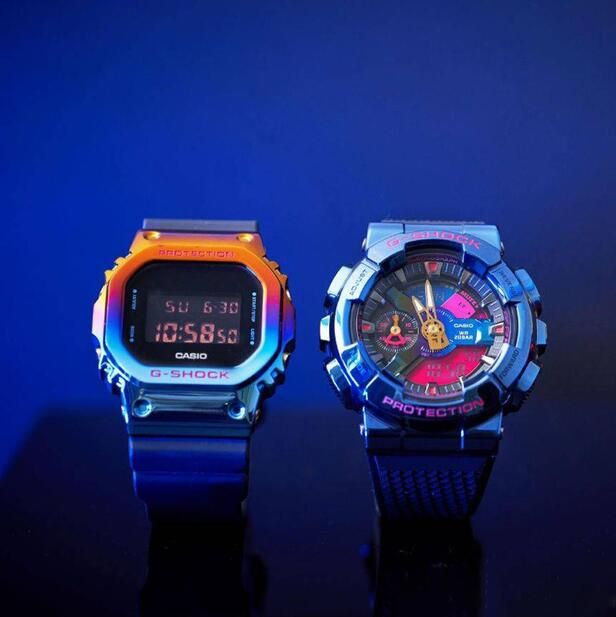