Let’s face it: many spiritual practitioners don’t have much of a ground game, at least when it comes to fighting totalitarian takeovers.

I’ve seen this writ small and large since the COVID operation started in early 2020. Many spiritual friends have been missing in action, unable to handle “the energy” of protest rallies. I appreciate that raising their frequency in private could shift things, but a lot of people (including children) may perish before the good vibes make a difference. 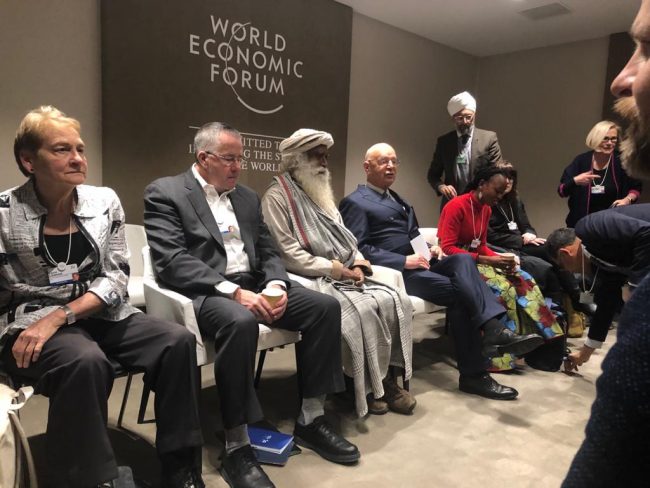 The situation wasn’t innocent before.

The human family was not in right relationship with nature, God, source, our higher selves — whatever you want to call it. A karmic debt built up over decades of US imperialism (and other insults to human decency), which sprouted dreadful vines from the bloody soil of centuries of unimaginable exploitation and genocide.

We lazily pretend the colonial era somehow ended with the British Empire.

The central-bank-perpetual-war-story arc (that Catherine Austin Fitts talks about) connects the founding of the British and Dutch East India companies four centuries ago with the moment the first crisis actor keeled over for the cameras in Wuhan, China.

In the 20th century we endured the dual scourges of communism and fascism, and Apartheid regimes in South Africa and Palestine, over 70 CIA coup d’états, and sickening unfairness and injustice everywhere. Almost every armed conflict has been a bankers’ war based on a false flag attack, and most civil wars have been stoked by foreign mercenaries.

Case in point: Libya. Or Syria.

I wonder if the Rwanda conflict wasn’t a test for some Voice of God technology (that we know exists) in preparation for the worldwide zombie apocalypse that the CDC pretends to make light of.

If we peek behind the curtain of peoples declared religious affiliations, we’re likely to find their true allegiance is to the cult of scientism for which the true cathedral is the corporate head office. People might pray, but the shopping mall receives their most convincing genuflections, whether we’re in Dallas, Rome or Dubai.

And now the vast karmic debt must be paid. And it is being paid, quite literally, with our coagulated blood and, most recently, the blood of our children. Lord Baphomet must be pleased by the installation of defibrillators in elementary schools and the release of new blood thinners for children.

Many will soon learn the full meaning of the Indian term “Kali Yuga” and Goddess Kali’s necklace of skulls, her goblet of blood, and her shimmering sword.

Make no mistake: the New World Order (NWO) is being imposed in about 200 countries right now by a corporate oligarchy whose accomplishments include that they convinced most people the NWO was only a conspiracy theory. (Like anti-vaxxer, these are spell words.)

“Two weeks to flatten the curve” has yielded to a full press assault on the laws and constitutions of every country, and especially the Commonwealth nations whose property rights and common law traditions are intolerable to both the communitarian values and the eugenicist (transhuman) goals of the predator class.

Commentators have (correctly) described what’s happening as a contest between good and evil, and even as the Apocalypse. Adherents of the Abrahamic religions see this as a fight between God (or Christ) and Satan and they’re finding evidence in the many satanic symbols (such as 666) in the logos and publications of various globalist institutions, from Google to CERN to Microsoft’s patent to mine crypto from human energy.

Satanic symbolism was all over the human sacrifice event otherwise known as Travis Scott’s Astroworld concert, just as it was present at the creepy London Olympics opening ceremony, and that ribbon-cutting ceremony for a European tunnel.

The Pope himself convened a conference of transhumanists at the Vatican. (He promotes the injections despite their containing aborted fetus cells.) The leaders of most Western faiths have kissed the ring of globalist institutions, ergo we see uninjected parishioners excluded from attending service.

There are exceptions, of course, which in my experience was marching through the streets of Toronto with Bible Christians (like Mennonites) with whom I felt sudden affinity.

Its lean Zen Buddhist conception will serve us here, as opposed to the complicated ideas of, say, Tibetan Buddhism, which focuses on cycles of death and rebirth, and incorporates deities from earlier shamanic practices.

For Zen practitioners, karma is a forthright law that corresponds with the notion in physics that every action has an equal and opposite reaction. Even if I escape punishment in human institutions for some misdeed, any harm I do to another being puts me out of harmony with the way of things; I disrupt a cosmic homeostasis.

If, for instance, I steal without getting caught, I’m punished nonetheless living in a world where stealing happens — a world in which “I have stolen.” And this is more corrosive than judicial punishments, from a spiritual perspective.

With sufficient conscious evolution, we humans wouldn’t need laws to govern behaviour, much less police to enforce them. (This is what serious anarchists think.) Instead, our spiritual poverty, our conscious stuntedness, has led to a Pied Piper hell realm where kids contract myocarditis and Australia’s First People are trucked to internal displacement camps.

Unless people rise up (and soon!), we will all live in an AI-controlled dystopia, surveilled by millions of facial recognition cameras networked with satellites and social credit score algorithms. To date our concerns have fallen on the dead ears of human leaders; there will be no appealing to the better nature of robot dogs or swarms of flying drones.

Let’s be clear: There will be no human beings in the ultimate New World Order. We’re slated for elimination either from the jabs, starvation, or radical augmentation.

I was reminded recently of the “weighing of the heart” scene in the Egyptian Book of the Dead. The king cannot access the celestial realms unless his heart is lighter than a feather. The past 20 months have revealed much about the “heart weight” of many spiritual teachers. Most have been revealed as frauds, as quick to engage in bypassing as any proponent of mRNA technology.

This first came to my attention when I stumbled upon social media posts from a yoga teacher with whom I’d taken a workshop, who exposed himself as a mask-wearing Karen of the highest order, and an ersatz American liberal to boot, trapped in the dead-end false dichotomy of left versus right politics. (A Biden fan, unsurprisingly.) He excommunicated me on Facebook after I disavowed the orthodoxy.

My greatest disappointment has been with a Sanskrit scholar who has translated some important sutras and published what I consider the definitive book on Tantra traditions. This author is an accomplished practitioner as well as a translator, and his teaching included interesting mudras.

I still haven’t finished his landmark Tantra book, since every time I read a few pages I spend the next day contemplating their profound implications, which align squarely with insights gleaned from my own journey in Zen Buddhism and other modalities, and especially with my work with shamanic visionary plants, about which I wrote a book that won an award in 2018.

This serious scholar-practitioner has heavily promoted the official COVID and “vaccination” narrative on social media, and has encouraged his students to get the jab. He even recorded a video to warn people away from dangerous anti-vaxx conspiracy theories, in which he extolled his followers to trust The Science.

Witnessing this was simply unbearable for me. How, I wondered, could someone who so clearly “gets it” in regard to the nondual perspective of eastern mysticism fall so hard for a cliché of scientism that is harming and killing millions, while a digital prison is erected around the human family?

To my mind, the universe is nudging us to turn away from shallow teachers, false gurus and plastic shamans, and to turn instead inward for guidance. When we “build back better” let’s not construct the metaverse or anti-health paradigm promoted by deep state apparatchiks like Elon Musk, Mark Zuckerberg and Bill Gates. It’s time also to break with spiritual bypassers who can recite the Diamond Sutra while ignoring the jewel inside their own heart.

Let’s build something new and different, based on the principle of compassion and mutual assistance. Perhaps it’s nothing new, but instead deeply ancient. Terence McKenna called it the Archaic Revival and I consider this an intriguing latter-day prophecy.

A radical shift in this direction could interrupt the globalist plan and reduce our karmic burden such that we could assuage our shortcomings by, perhaps. lighting some incense, and not (for example) tossing our children on a pyre.

Love and truth will win in the end. Our willingness to rise in defense of what is right and true will determine the length of our journey, which could end tomorrow if enough of us stopped complying.

Namaste, everybody. And In La’kesh!

Guy Crittenden is a freelance writer and author of the book The Year of Drinking Magic: Twelve Ceremonies with the Vine of Souls (Apocryphile Press, San Francisco) that won the 2018 Silver Medal in its category at the Independent Book Publisher Awards. Follow Guy at HipGnosis.co