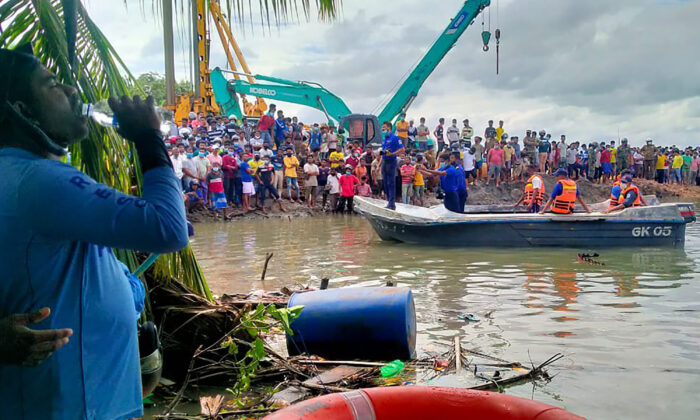 Twelve people have been rescued and the search for others is continuing, navy spokesperson Capt. Indika de Silva said. It wasn’t immediately clear how many people were on board the ferry or what caused it to overturn.

The ferry was traveling from Kurinchakeni to the town of Kinniya along the country’s eastern coast and about 260 kilometers (160 miles) northeast of the capital, Colombo, the navy spokesperson said.

Ferry accidents are relatively rare in Sri Lanka because many locations are now connected by bridges.

However, the bridge that connects the two towns has been closed for repairs, forcing people to use rudimentary vessels to cross the river, said Naazik Majeed, a social activist in Kinniya.