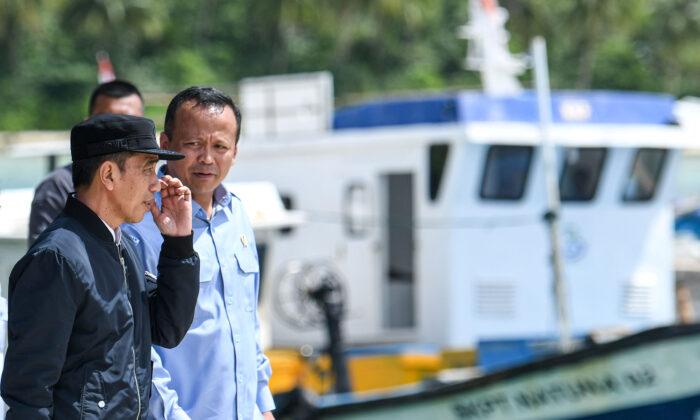 JAKARTA—Former Indonesian maritime affairs and fisheries minister Edhy Prabowo was sentenced by a court on Thursday to five years in prison for accepting bribes in a corruption scandal involving the export of lobster larvae.

Edhy, who is a politician from the Gerindra party, was arrested last November at Jakarta’s airport after returning home from a trip to the United States with his wife.

As minister he had reversed a ban on the export of lobster larvae, igniting criticism over sustainability concerns.

“The defendant Edhy Prabowo was proven legitimately and convincingly to be guilty of committing acts of corruption,” said head judge Albertus Usada.

The former minister was also fined 400 million rupiah ($27,624) for accepting bribes and banned from running for office for three years.

His lawyer said Edhy, who had denied the charges, would consider appealing.

“Based on the facts, the verdict is not right, there is no evidence that he received the money,” said lawyer Soesilo Aribowo.

Indonesia’s anti-corruption body (KPK) has prosecuted hundreds of politicians, officials, and businessmen since its formation in 2002, becoming one of the country’s most respected agencies.

The latest verdict will be seen as a win for the agency, after concerns that a 2019 law governing the KPK would fatally undermine its powers and capacity to fight graft.