For those who find themselves with excess time this holiday season which they would prefer not to squander with idleness or Netflix binges, then I’d like to offer this serving of Frank Capra films to uplift the soul.

Frank Capra (1897-1991) stands as one of the most brilliant directors/producers of the 20th Century, and sadly also one of the least understood- known at best for the film It’s a Wonderful Life played every year as a Christmas tradition, or Mr. Smith Goes to Washington. 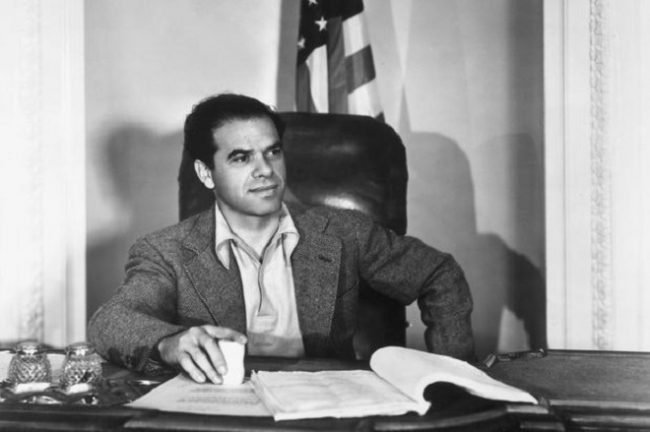 Unbeknownst to even many film connoisseurs today, Capra was not only a pre-eminent cultural warrior who took every opportunity to expose fascist movements during the 1930’s and 1940’s but also fought to provide a positive principled understanding of the divinity mankind’s higher nature in all his works. When asked to put into words what motivated him to create movies he said:

My films must let every man, woman, and child know that God loves them, that I love them, and that peace and salvation will become a reality only when they all learn to love each other”

During World War II, Capra’s Why We Fight series was one of the most important educational tools used to shape the hearts and minds of the American population towards the strategic nature and purpose of the war against the fascist machine which had received much of its support from financiers in the Anglo-American establishment.

In America, these groups were masquerading as “patriots” under the American Liberty League promoting America’s neutrality in that conflict.

It was an open secret that these groups preferred to let Hitler and Mussolini usher in a new order which they saw as a wonderful opportunity to rule the world, and it was to these groups that FDR declared famously “they who seek to establish systems of government based on the regimentation of all human beings by a handful of individual rulers call this a new order. It is not new and it is not order”.

The President knew of what he spoke as he had declared open war on these American fascists from 1932 onward.

Capra not only struggled to revive Roosevelt’s mission to end poverty, hunger and war after the war ended, but also struggled against the CIA-run Congress for Cultural Freedom (CCF) which was created in 1949 to shape the new era of art, music and cinema in the post-war age as weapons against communism.

The CCF had spared no time in purging Hollywood of all “FDR patriots” under the FBI-steered witch hunt known as Mcarthyism on the one hand while promoting a new culture of banality on the other pouring millions of dollars into mind deadening film scripts conducive to an age of white collar consumerism. This CIA/CCF agenda was recognized by only a few leading film directors as a spiritual virus that had to be stopped at all costs.

Other film makers at the time that stood against this corruption included Robert Kennedy’s close friend John Frankenheimer (7 Days in May, The Manchurian Candidate), and Stanley Kramer, whose film Judgement at Nuremberg (1961) still stands alone as one of the most potent artistic exposures of the western support for eugenics and fascism.

Frankenheimer’s 7 Days in May (1964) showcased the real-life planned coup to overthrow JFK which had been arranged by the Military’s Joint Chiefs under the helm of Anglophile General Lyman Lemnitzer in 1962 after Kennedy rejected the General’s plans for Operations Northwoods.

Capra’s approach to combating this virus during the years of Cold War terror took a different path to that chosen by Frankenheimer and Kramer. Rather than exposing the rot directly, Capra focused on uplifting the image of mankind by channeling all his efforts on science documentaries for children which he felt would have the most long term benefit to humanity.

Capra had been a target of the House on Un-American Activities due to his friendship with many blacklisted film makers, and watched as Hollywood was purged of those key individuals who acted as it’s conscience when Hollwood’s role as a tool of patriotism or fascism was still undetermined.

Just as the political world was being re-shaped to a new post-moral world order, so too was Hollywood, and as historian Micheal Medved stated, “Capra refused to adjust to the cynicism of the new order.”

Capra’s documentary The Strange Case of Cosmic Rays illustrates his powerful technique that sought to unite science and art through a reverence for God’s creation which is in many ways as cutting edge today as it was 60 years ago.

After watching the brilliant It’s a Wonderful Life (1946) which not only exposed the crushing schemes of Wall Street financiers who sought to ruin local productive businesses/commercial banks but also awoke a higher sentiment of transformative love in the hearts of the audience, I would highly recommend watching his lesser known, yet equally powerful pieces You Can’t Take it With You (1938), Meet John Doe (1941) and State of the Union (1949) .

Taken alongside Mr Smith Goes to Washington (1939), these films act as incredible Schillerian masterpieces which express the best potential for the moral use of cinema as a tool to both spiritually and politically ennoble a nation’s citizenry.

Capra dedicated himself to John F. Kennedy’s challenge to embark upon a new age of “open-system” collaboration around un-ending discoveries in space, producing his last film “Rendez-vous in Space” in 1964.

Spliced with Beethoven’s 9th Symphony which set Schiller’s immortal poem Ode to Joy to music celebrating humanity’s eventual emergence into an age of reason, Capra had his narrator end with the powerful words:

The Sun still lights up and gives life to our planet, but only the mind of man can light up, and give meaning to the light of the universe.”

Even though darkness clouds the path to that better future towards which world citizens like Frank Capra dedicated their lives, the light that they knew was there is getting stronger by the day. So take the time to welcome the year 2022 by adding some spiritual kindling onto your flame and let Capra’s intention come alive again.

Happy Holidays to all.

Matthew Ehret is the Editor-in-Chief of the Canadian Patriot Review, and Senior Fellow at the American University in Moscow. He is author of the ‘Untold History of Canada’ book series and Clash of the Two Americas. In 2019 he co-founded the Montreal-based Rising Tide Foundation. He can be reached at matthewehret.substack.com