Several northern, north–eastern and central provinces of Thailand are partially under water today and the flooding is expected to get worse, as the Thai Meteorological Department warns of heavy rain tonight and tomorrow, as a direct result of the Dienmu atmospheric depression, which has weakened into strong low pressure cell.

Heavy rain is forecast for:

In Muang district of Chaiyaphum province today, most roads in the district township were under 30-50cm of water, causing problems for small vehicles. Officials at the provincial hospital erected a wall of sandbags to prevent water fromgetting into the hospital. 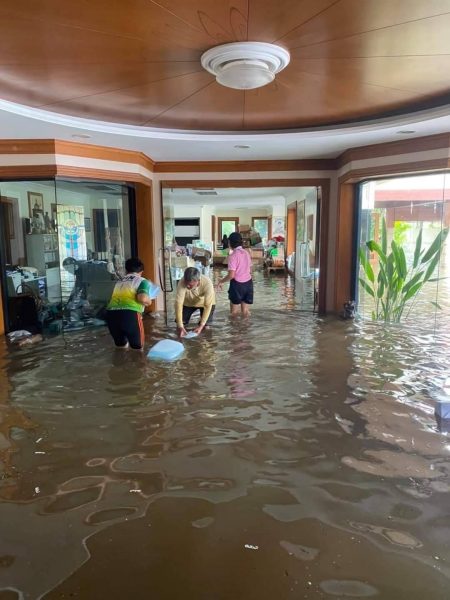 In Ubon Ratchathani province, the Moon River overflowed its banks, inundating communities in the municipal area. Several flood victims have been evacuated to Huay Muang Public Park, which was turned into a temporary evacuation centre.

In Sukhothai province, overflowing water from Mae Mok and Mae Rampan reservoirs have reached Ban Kluay and Thanee sub–districts and the district’s hospital. 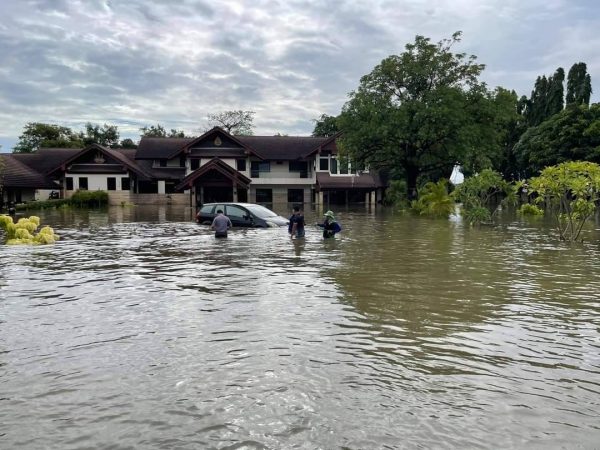 Eight districts of the province are now flooded, covering over 288 villages, as the provincial administration warned that flood water will rise steadily as the Yom River swells, slowing the flow of water downstream.

Prime Minister Prayut Chan-o-cha is due to visit the province tomorrow, to inspect the flood situation and to discuss flood management and relief operations with officials.

The post Heavy rain and flooding expected to worsen in several of Thailand’s provinces  first appeared on Thai PBS World : The latest Thai news in English, News Headlines, World News and News Broadcasts in both Thai and English. We bring Thailand to the world.