Election candidates from various parties and their supporters showed up in high spirits this morning (Thursday) at Bangkok’s Laksi district office on the first day of candidate registration for the by-election in Bangkok’s Constituency 9, scheduled for January 30th.

The by-election is being held to fill the seat left by Sira Jenjaka, of the ruling Palang Pracharat party, following the Constitutional Court’s ruling that he was unqualified to contest the election, in which he became an MP, after he had been sentenced to a prison term for fraud in a final ruling.

The Palang Pracharat party is fielding Jira’s wife, Saranrat, to contest the poll. 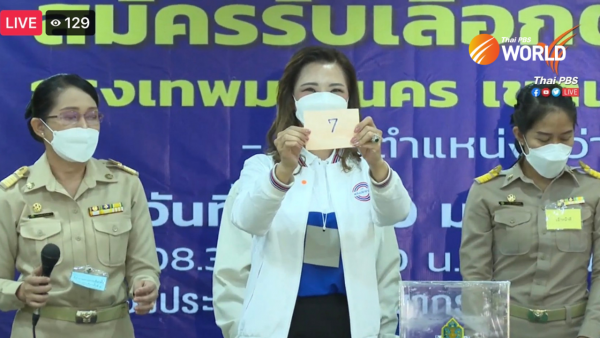 Some of the candidates came with their campaign trucks, groups of drummers and banners with a blank space to be filled with their election numbers after the drawing of lots.

Due to strict “safe COVID-19 setting” measures, being imposed at all government offices, only the candidates, accompanied by one follower, were allowed into the district office. 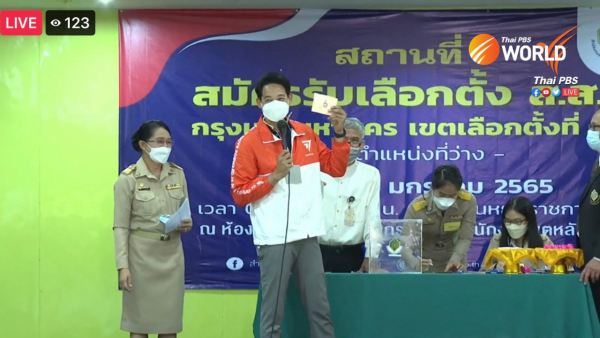 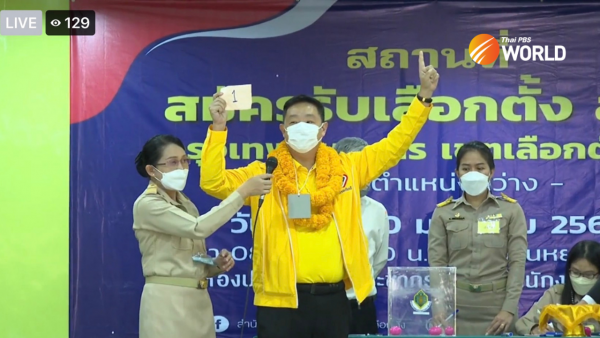 From today until the day before the election day, Bangkok residents, especially those in Laksi district, will see campaign trucks roaming the streets, with loudspeakers blaring candidates’ messages and appeals for their votes. Door-to-door visits by candidates are also expected to increase in the three weeks of electioneering.

The post Hopefuls flock to Laksi district office for candidate registration in January 30 by-election first appeared on Thai PBS World : The latest Thai news in English, News Headlines, World News and News Broadcasts in both Thai and English. We bring Thailand to the world.