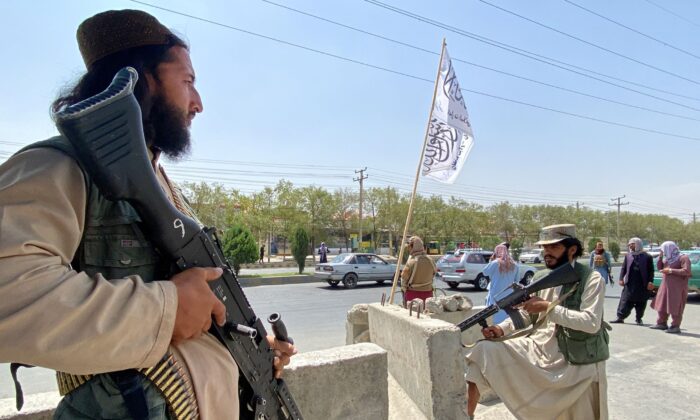 Taliban stand guard at an entrance gate outside the Interior Ministry in Kabul, on Aug. 17, 2021. (Javed Tanveer/AFP via Getty Images)

TOKYO—Japan has closed its embassy in Kabul due to the worsening security situation in Afghanistan and the last remaining twelve embassy personnel had left the country, the Foreign Ministry said on Tuesday.

The Taliban took control of Kabul without a fight on Sunday, rounding off a dramatic week of advances across Afghanistan.

“Due to the rapid worsening of the security situation in Afghanistan, we are temporarily closing our embassy there,” the Foreign Ministry said in a statement, adding that it was relocating the embassy’s duties to an office in Istanbul.

“Twelve remaining embassy personnel have been flown out of Kabul airport on a military flight provided by a friendly nation and been evacuated to Dubai.”

The ministry also warned any of its nationals still in Afghanistan to leave, and said any travel there should be put off.