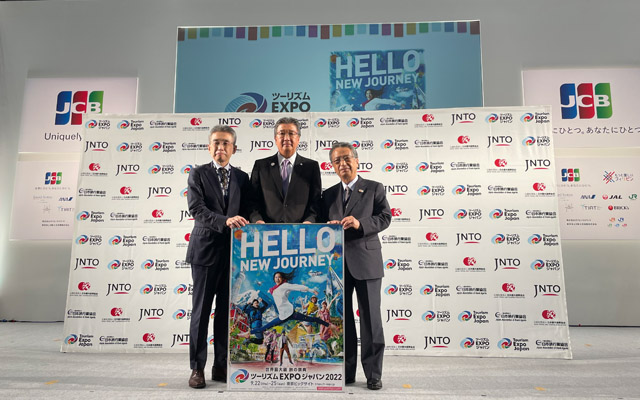 Japan’s beleaguered travel providers should expect a rebound in inbound arrivals this autumn, according to organisers of Tourism Expo Japan 2022, which opened yesterday.

The international event, to be held September 22-25, will focus on growth of the tourism industry in the wake of the Covid-19 pandemic, as Japan eyes further relaxation of its border rules in the coming weeks. Its theme “Restart: Taking on the Challenges of a New Era” reflects its goal of driving the return of travel demand and contributing to the wider economy, said organisers.

Opening the expo, Kenichiro Yamanishi, chair of the Tourism Expo Japan Organizing Committee, said “arrangements are underway” to reinstate the country’s visa waiver for short-term visitors and the cap on daily arrivals lifted entirely, “as soon as possible after October”. A support programme for domestic tourism will also go into effect this autumn.

Yamanishi added that these developments “send a signal for reviving tourism demand” in Japan, while the expo can act as “a chance for the tourism industry to regain its vitality”.

Satoshi Seino, president of Japan National Tourism Organization (JNTO), told attendees that Tourism Expo Japan could be considered a step towards the start of a greater uptick in inbound tourist arrivals, and that the tourism sector wants them to return soon.

This year marks its return after a pandemic-induced three-year hiatus, and the first time it is held in hybrid format.

Still, international participation is low, with 256 overseas-based participants representing 27 countries. Of those, 56 are attending in-person while 200 are joining the online programme.

The previous expo in Tokyo in 2018 attracted 1,441 companies and organisations from 136 countries and regions, a record high.