Ulrike Schaede is a professor at the University of California San Diego. Brad Glosserman is deputy director at the Center for Rule Making Strategies at Tama University.

As Japan buckles under yet another wave of COVID-19 infections, there is confusion and mounting anger at the government’s response.

Whatever the intention, the public sees hypocrisy, inconsistency and incompetence. The vaccination rollout has been a mess. The public was asked to practice “self-restraint” and stay at home for the fourth state of emergency as the country opened its doors to tens of thousands of athletes and officials for the 2020 Olympics.

This dismal state of affairs clashes with the image of competence and professionalism that Japan has enjoyed for decades, and for which it is admired around the world.

Japan looks good in international COVID comparisons, but by its own standards, the situation is perceived as chaotic and a failure of leadership. The public has lost faith. Cynicism has spread as people blame a sclerotic government that does not seem to understand the many recent transformations of Japanese society.

Even from abroad, Japan seems to be responding to the COVID crisis as if it were still in the Showa era that ended in 1989. Why is the leadership so ineffective?

The first part of the story is that the public is no longer as pliable as it was in the Showa period. Diversity has advanced, family structures are broken open and people no longer follow orders in lockstep. The sense of stagnation and drift that engulfed Japan in recent decades has robbed the public of confidence in their politicians.

No longer do people meekly support edicts from above. To be sure, the Japanese were never as rule-abiding nor homogenous as claimed. They cheated quietly and discreetly. Opinions were held back, and tatemae, or outside appearance, was carefully curated.

No more. Cellphone data on user mobility have revealed a steady erosion of compliance with policy, with more and more people disregarding the state of emergency and heading out in ever larger numbers. Beaches, city streets and trains are packed. When a politician suggested that no beer be served in restaurants, public ire forced a policy reversal.

The polity has fractured. One casualty has been the loss of shared purpose, the readiness to pull together and the willingness to make a collective sacrifice. It does not help that politicians ignored their own calls to stay home, flip-flopped on policy, and botched the vaccination campaign. The determination to hold the Olympics is a final inexplicable and bruising counterpoint.

The second part is that Japan used to be better at problem-solving. Why is that no longer true?

One answer is that institutional reforms have reduced the power of bureaucrats, given more responsibility to politicians. This shift began in the 1990s when the adoption of a hybrid electoral system weakened the influence of conservative special interests and pushed politicians with “vision” to the fore.

Power consolidated when the Cabinet Office assumed power over top bureaucratic appointments. Beginning in the 2000s, people in the Kantei — top bureaucrats hand-picked by the prime minister working for the prime minister’s office — began to micromanage the ministries. By the 2020s, this group of select people could decide policy direction, sometimes even the particular wording of a report. 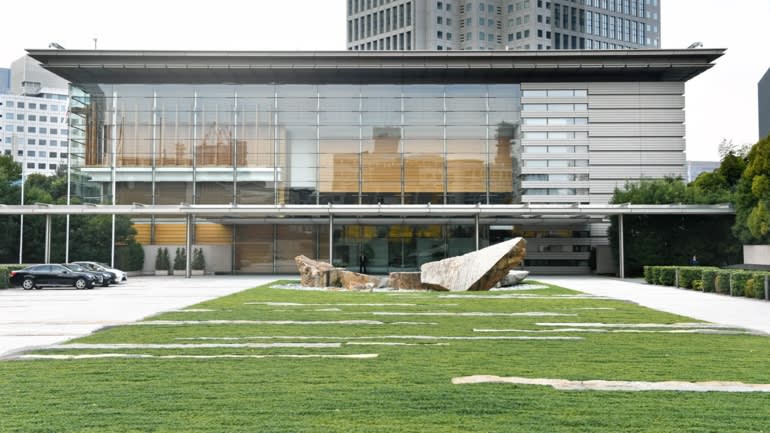 Prime minister’s office in Tokyo: beginning in the 2000s, people in the Kantei began to micromanage the ministries. (Photo by Tsuyoshi Tamehiro)

Putting policymaking into the hands of elected politicians rather than lifetime bureaucrats is portrayed as preferable for a democracy. But there is also a cost for Japan’s political economy. Policy implementation professionals with a long-term, overall vision for the country have been replaced by politicians whose chief concern is being reelected.

They, too, may have a “vision,” but it can be inconsistent and partisan. Japan’s bureaucrats, while not flawless, have been quite good at combining divergent viewpoints into a message that people could agree with. They enjoyed credibility and status, and managed to garner compliance. This role of framing the purpose and rallying the crowds is now in the hands of politicians, and the COVID-19 response shows that they are not nearly as good at it.

A second challenge with this shift is what administrative reform minister Taro Kono has called the “Kasumigaseki crisis” — the decline in interest among Japan’s most talented university graduates in working for the government. Applications for the civil service entrance exam fell from over 45,000 in 2011 to less than 30,000 in 2019. Worse, datsu-kan, or quitting work as a civil servant, has skyrocketed. In 2019, more than 500 central government bureaucrats in their 20s quit their jobs, compared to around 200 annually before 2014.

The rate is also increasing among those in their 30s. Ridiculously long working hours combined with low pay and micromanagement have made this former dream job a nightmare for many of Japan’s smartest people.

One of Japan’s greatest strengths has long been the ability to mobilize and act together for the public good. Collective sacrifice produced the economic recovery of the postwar era. It has also resulted in low crime rates, clean cities, a fairly equal society and stellar health statistics.

But this demands that citizens get in line, and this will only happen if leaders can earn their respect and compliance. Growing disregard for stay-at-home orders is the expression of a public that feels misunderstood, underappreciated and manipulated by leadership that seems confused and uncoordinated.

If Japan’s politicians want to regain public trust and compliance, they should view the public as a partner rather than a servant. Rather than issuing edicts in Showa-era staccatos, they may benefit from trying a new way of negotiating and engaging, leavened with cajoling and shaming, which can be so effective in Japan.

Most importantly, they need to present character and set examples that the public is willing to follow.