The new wave of COVID-19 has forced leaders of the anti-establishment movement to break from street rallies and focus instead on legal cases stemming from their campaign.

As a result, the protests have moved online, with rally organisers launching new attacks on the government and the monarchy via social media.

Key protesters’ participation in last year’s rallies has landed them in legal trouble, with many facing charges of serious criminal offences like sedition and lese majeste – articles 116 and 112 of the Penal Code, respectively.

‘Too many to remember’

Arnon, a lawyer, is a regular at court – though mostly to defend himself.

He joked that he did not remember how many lawsuits have been triggered by his role in youth-led protests.

The protesters first took to the streets back in July, but were forced to halt their rallies after Thailand was hit by a fresh wave of Covid-19 in mid-December.

Observers suggest the movement’s momentum will be weakened if the contagion lasts much longer, but the protest leaders disagree.

“We have no such fears. The rally is just being shifted from the street to cyberspace, and we are continuing [to push for] our three demands,” Arnon told Thai PBS World.

Last year, the young protesters loudly called for reform of the monarchy, a democratic Constitution and the resignation of Prime Minister General Prayut Chan-o-cha.

“We think we have been successful. At least we succeeded in raising [the royal issue] for public debate,” he said.

This year the movement will focus on securing monarchy reform, said Arnon, though protest leaders would wait until the COVID-19 situation improves before discussing and deciding their strategy.

With physical protests banned under virus control measures, leaders have been keeping the campaign alive by posting regular social-media messages slamming the government.

Parit, a leader of Ratsadon (People’s Party 2020), targeted authorities with this message: “Rehabilitation measures for citizens are no tax burden. You are a tax burden.”

Meanwhile the Free Youth Movement’s webpage condemns the government’s COVID-19 measures as a failure, saying they have further widened the wealth gap in society.

Banners calling for the repeal of draconian lèse majesté law have also been spotted around the city, including at Hua Lamphong Railway Station, Thammasat University, a shopping mall and pedestrian bridges. The “guerrilla tactics” mark protesters’ adaptation to the “new normal” era. 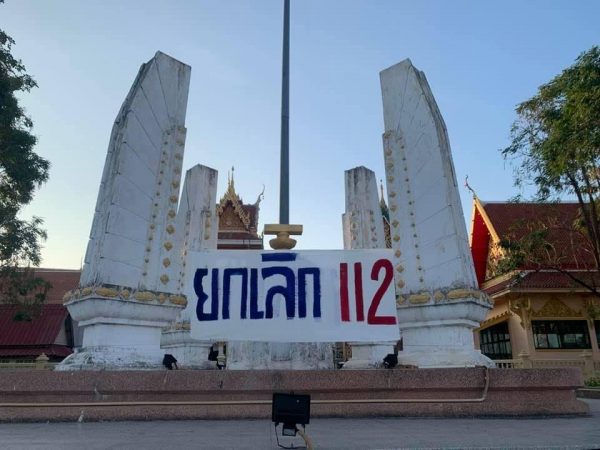 Like Arnon, Free Youth co-leader Jutatip “Ua” Sirikan has spent her “rally-break” handling lawsuits. She faces eight cases, including a charge of lèse majesté, which carries up to 15 years in jail. She said she and her fellow protest leaders have been busy reporting to different police stations to hear charges.

“Stay tuned to our social-media accounts to hear about our next moves,” Jutatip told Thai PBS World.

Less than two weeks into the new year, some 20 protesters have already met police to acknowledge charges of Royal defamation.

Patsaravalee “Mind” Tanakitvibulpon, a 25-year-old student activist, admitted that COVID-19 was the key obstacle to protests, but expects rallies to return soon as public frustration with the government’s response to problems rises.

Like her peers, Patsaravalee has also been busy keeping appointments with public prosecutors. She faces nine charges, including lèse majesté, and is waiting to see whether public prosecutors decide to indict her.

The activist said some charges had been filed against her two months after the alleged offence was committed. This is also the case for many other protesters.

“I have regular meetings with public prosecutors over many cases,” she said. “This illustrates the state’s effort to force criminal charges on ordinary citizens.”

Lawsuits filed against political protesters spiked in the second half of 2020, reaching a far higher number than in the previous three years combined.

At least 234 people were charged in 145 criminal cases stemming from the rallies between July and December 2020, TLHR said.

Among them are six juveniles who were charged with sedition and lese majeste – “an emerging trend following the youth uprising”, TLHR reported. 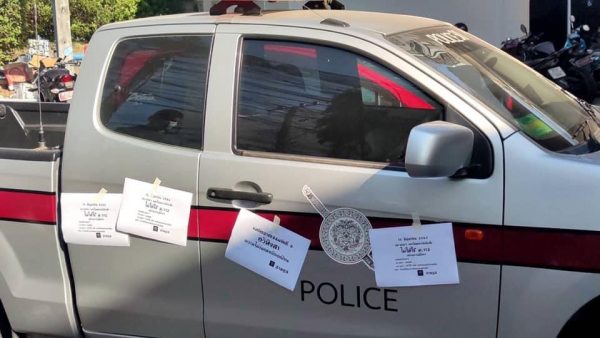 Six of those cases were derived from a previous charge of sedition, according to TLHR. Meanwhile, new cases stemmed from separate rallies, including the one led by Patsaravalee to the German Embassy in Bangkok on October 26.

The use of the lese majeste law had been suspended in 2018 thanks to His Majesty’s graciousness, Prayut said in June last year. Instead, protesters and activists were prosecuted under Article 116 of Criminal Code for sedition and also slapped with charges under the Computer Crimes Act, TLHR reported.

The lèse majesté law came back into play after General Prayut announced on November 19, 2020, that all laws and provisions would be used to prosecute protesters “who violate the law and fail to respect other people’s rights and liberties”.

His announcement came in response to allegations of the protesters defaming the monarchy at their rallies and on social media.

The post Law and the virus fail to halt Thailand’s ‘guerrilla’ protest movement first appeared on Thai PBS World : The latest Thai news in English, News Headlines, World News and News Broadcasts in both Thai and English. We bring Thailand to the world.