Just 765 of these stunning cars will be made – each individually numbered, making it a great potential investment, especially as it represents a new chapter in the ‘Longtail’ story that began with the much acclaimed McLaren F1 GTR race car in the 1990s.

Andreas Bareis, vehicle line director of McLaren Automotive’s Super Series, said: “The 765LT is faster, lighter and more powerful than any previous car with the LT badge and delivers almost telepathic driver engagement. The connection through the seat and feedback from the steering wheel is incredible, allowing a customer to fully exploit every aspect of the ‘Longtail’ abilities or simply take pleasure from each drive. This car is the very essence of an LT.” 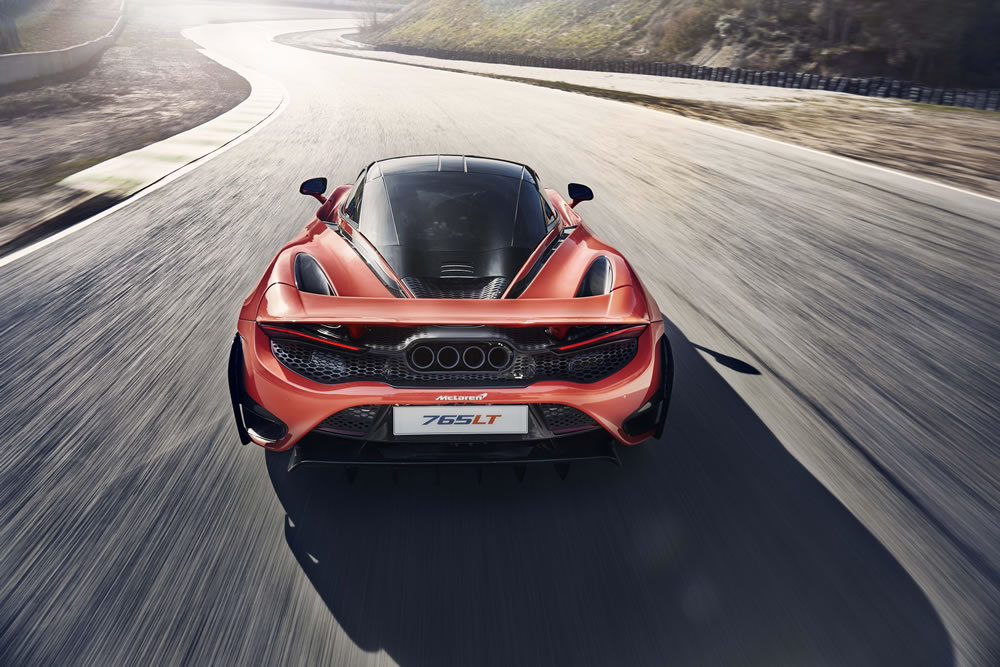 Super-lightweight and stiff, with a truly aerodynamically focused design to maximise downforce and increase speed and agility, this model is an absolute driver’s dream. The engineering philosophies that underpin the car have their roots in the first-ever LT, the McLaren F1 GTR ‘Longtail’ race car, but push onwards in the 765LT well beyond the credentials developed with the previous road-legal modern-day models.

“Any ‘Longtail’ is a very special McLaren, a car that drives our designers and engineers to question how much more we can do, how far we can go. In the 765LT this has resulted in new McLaren carbon fibre technologies enabling vital weight savings, the most power and torque ever in an LT, the quickest acceleration and the highest levels of driver engagement,” added Filippo D’Adamo, programme manager at McLaren 765LT. 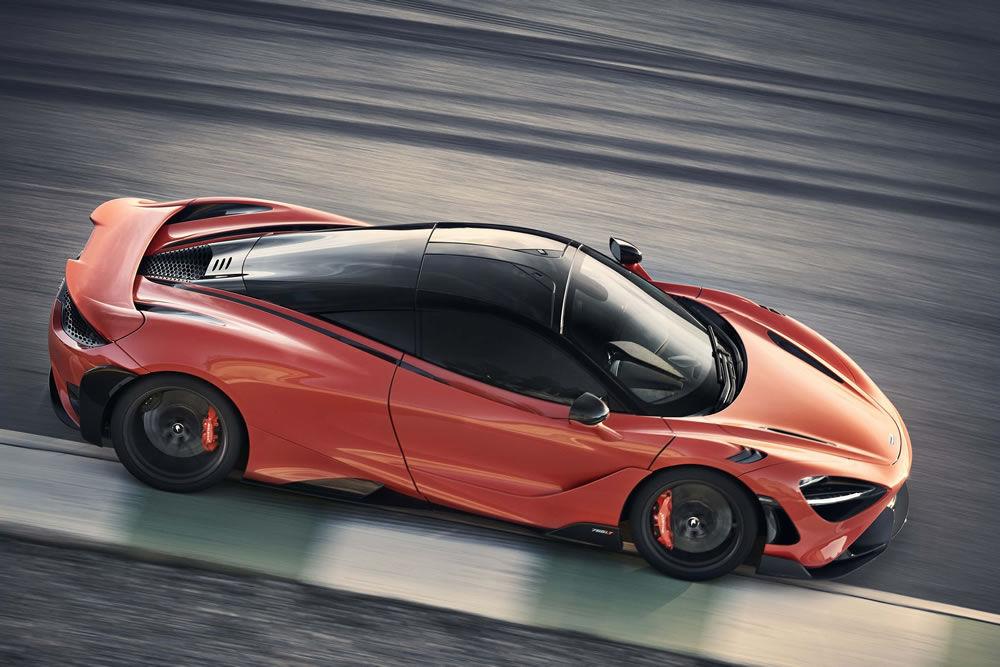 “A McLaren LT is defined by its rebellious spirit and a distinctive, striking appearance is an important part of that appeal, but the dynamic attributes of a ‘Longtail’ also demand their own physical changes. The stretched silhouette that enhances aerodynamic performance and the honed physique that improves downforce and cooling – especially on track – immediately identify the new 765LT as a car that will deliver on the promise of the purest driving thrills,” said Rob Melville, design director at McLaren Automotive.

The cockpit of the new 765LT is an enticing blend of generous interior space and excellent ergonomics, with racetrack efficiency and supercar luxury combining to create an overall ambience of cutting-edge technology and high-level craftsmanship in an environment defined by its driver focus. A wealth of personalisation opportunities are available, from unique exterior colours and soft-grain leather to a world-class audio system, while customers who wish to explore their own unique specification can turn to McLaren Special Operations (MSO) for even greater choice. A debossed 765LT logo on the facia and a numbered LT dedication plaque further underline the exclusivity of each car. 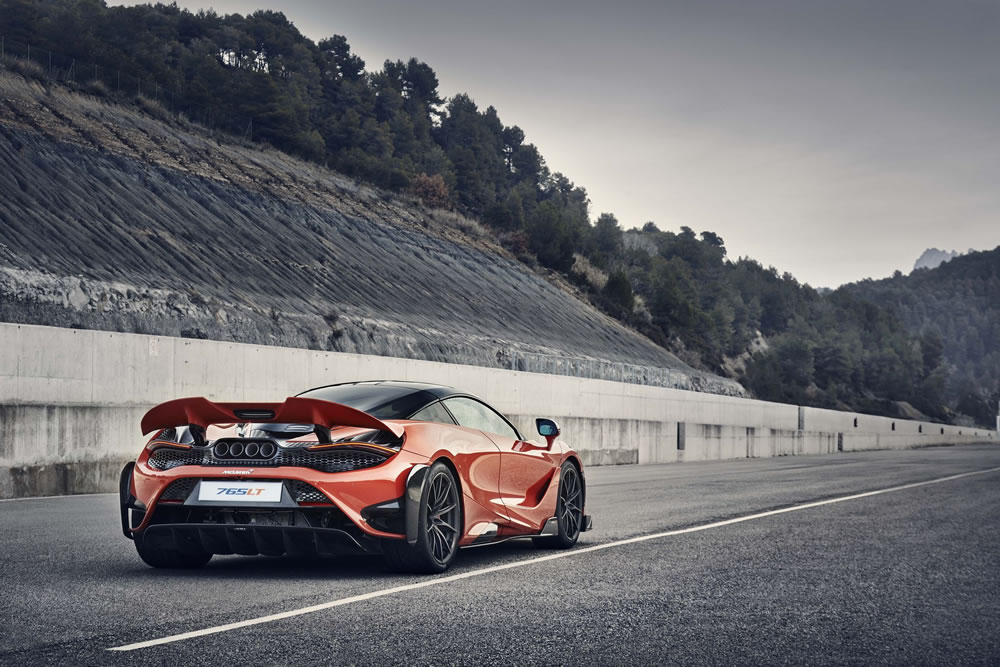 The 765LT is not a car for those wanting to keep a low profile and the standard colour choices reflect this. There are 17 exterior paint colours, including two – Nardo Orange and Smoked White – unique to the new LT. Chicane Effect, which was first seen on the 600LT and is a reminder of the original Chicane grey available for the 675LT, is also offered. A further 13 exterior colours are in the MSO Defined range available through McLaren Special Operations, while beyond this there is the opportunity for any colour that is technically possible through an MSO Bespoke commission.

To complement or contrast with the chosen exterior colour and finish, brake calipers are available in a range of finishes and colours. The 10-spoke Ultra-Lightweight forged wheels developed for the new 765LT are in Platinum as standard, but are also available with Black Gloss, Stealth or Satin Diamond-Cut finishes. Where it is a cost-option, the finish also includes a 765LT logo, laser-etched on the wheel rim.