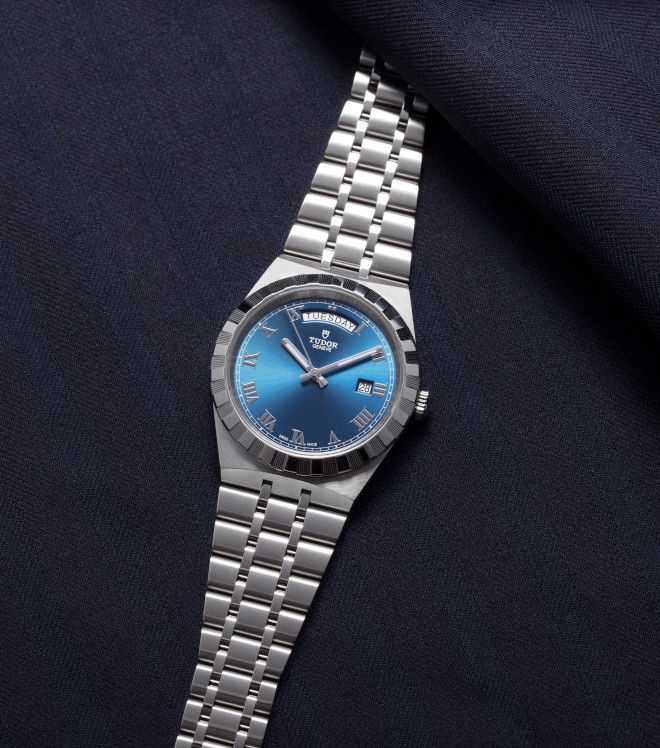 While it need never be said, it ought to be mentioned nevertheless: that the best sports watch is the one that is available (I shake my head at Submariner waiting lists) and definitely the one you can afford (I’m also shaking my head at Submariner resellers) – in that respect, the Tudor Black Bay has fit the bill. Recently, Tudor has deigned to release yet another game changer – the Tudor Royal collection.

An affordable, versatile luxury sports watch with integrated bracelet, the new Tudor Royal collection addresses yet another market gap in a genre of dressy sports timepieces that has long been dominated by two of the biggest names in the industry.  Cutting edge and uncompromising, the new Tudor Royal is arguably the coolest Tudor since the Black Bay series, sitting at the crossroads between classic and sports watches. 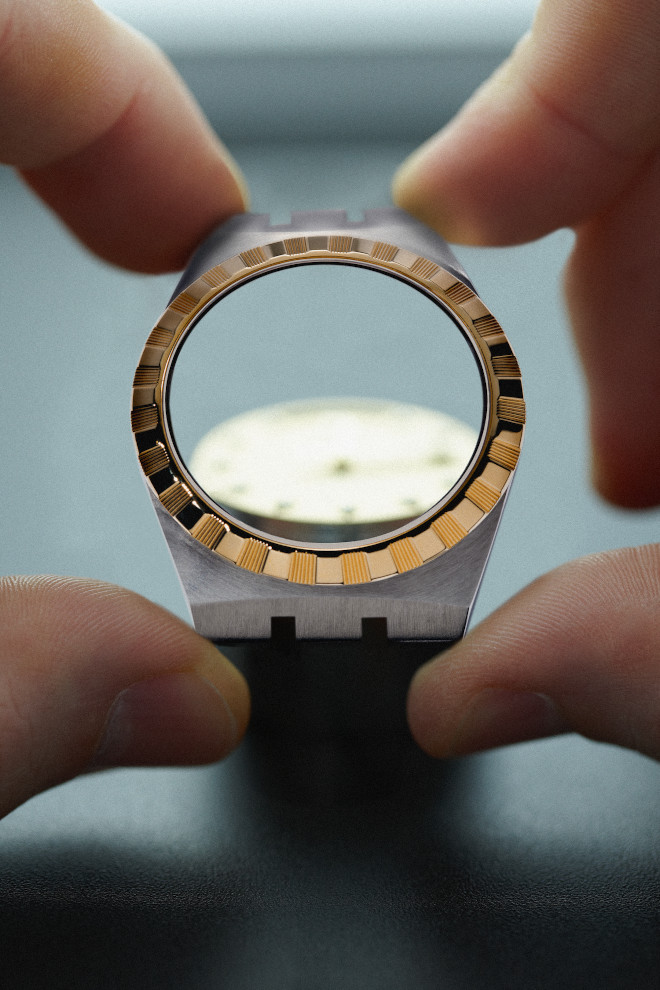 Available in stainless steel or the famed house signature “two-tone” stainless steel and gold, the new Tudor Royal is offered in 4 sizes with 9 possible dials with a strong 1970s retro feel. If the “Royal” sounds familiar within the Tudor family, it was a collection from the 1950s – the ladies Royal models of the era encompassed angular cases as well, a pre-cursor of the modern aesthetic trend which then caught on in contemporary watchmaking in 1972 with another royally named sports watch. 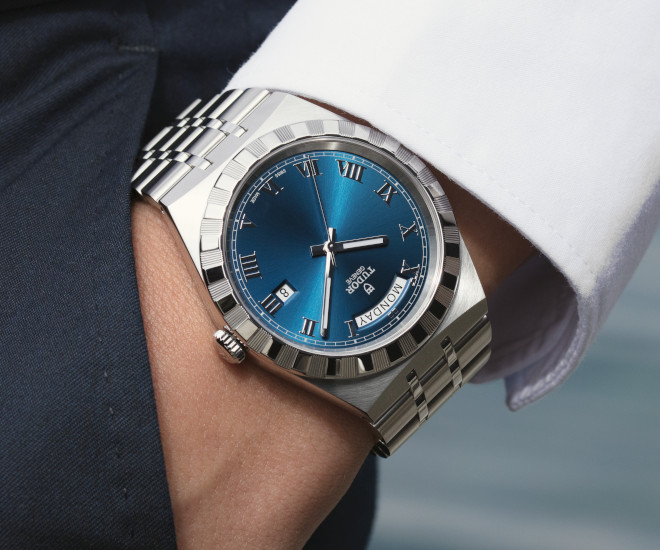 At a glance, the new Tudor Royal looks like an album of the brand’s “greatest hits” design elements – a re-interpreted fluted bezel with contrast finishing, the sunray finished dials of a Tudor old school Tudor Oyster Prince Date models, there’s a certain classic charm in Tudor’s use of Roman numerals – itself, an aesthetic detail when you notice that Tudor rounded the numerals themselves so it mirrors the curvature of the dial circumference, adding to the sophisticated appeal of the whole design. 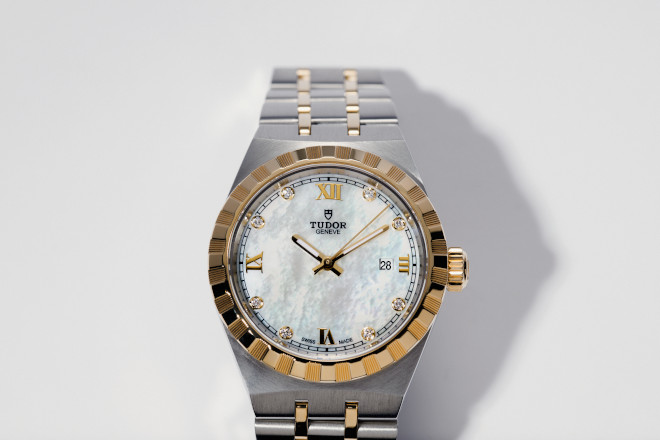 With a screw-down crown and 100 metres depth rating, the new Tudor Royal is indeed the definition of sports-chic. It is not powered by any of Tudor’s manufacture or proprietary movements. instead, it uses a robust ETA 2824 in the larger models and an equally able ETA 2671 in the smallest 28 mm model. Obviously, without Tudor’s vaunted in-house calibres with 72 hours autonomous run time, the 38 hour power reserve on a perfunctory but practical ETA can be a cause for concern but when you recognise the Tudor Royal’s raison d’être as your default daily beater, it makes total sense. 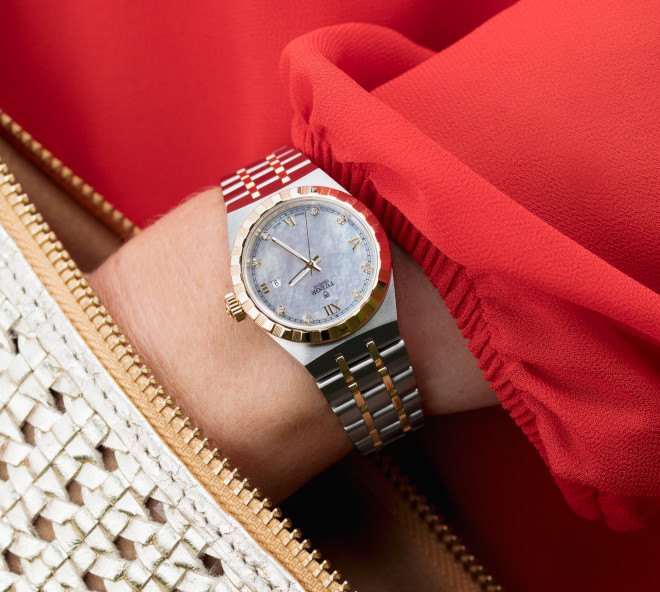 Available in 41, 38, 34, and 28 mm sizes, the Tudor Royal shares the same aesthetic features and functions but only the largest model is offered with the day-date function. Oddly, the brand has elected to release the watch at authorised retailers and boutiques in China, Hong Kong, Taiwan, and Philippines only.

The Tudor North Flag: An alternative to the Royal (Which Remains unavailable in Singapore)

While it is certain that watch aficionados can find ways around this arbitrary geographical limitation, fans looking for that sports watch with integrated bracelet feel can look to another model from Tudor, the North Flag. 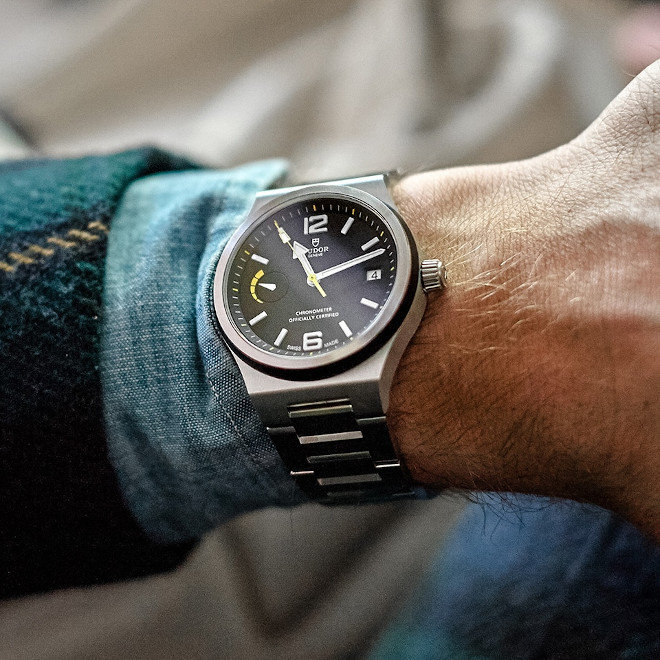 Made for the modern adventurer, the Tudor North Flag is the ultimate tool watch, it was also the first watch series alongside the Pelagos to be fitted with manufacture movements in 2015. The Tudor North Flag was available in a solid steel integrated bracelet configuration or available with a matt black leather strap, structured with yellow top-stitching and lining, both fitted with a Tudor folding clasp in a polished and satin-finished version.

Angular, finely honed and entirely satin-finished for a matt effect, the middle case of the Tudor North Flag stands in marked contrast from the dressier aesthetic of the Tudor Royal’s polished mid-case with fluted bezel. The North Flag conjures a highly technical, “scientific” perception, albeit one softened by delicate refinements typical of the detail lavished by Rolex’s sister brand. 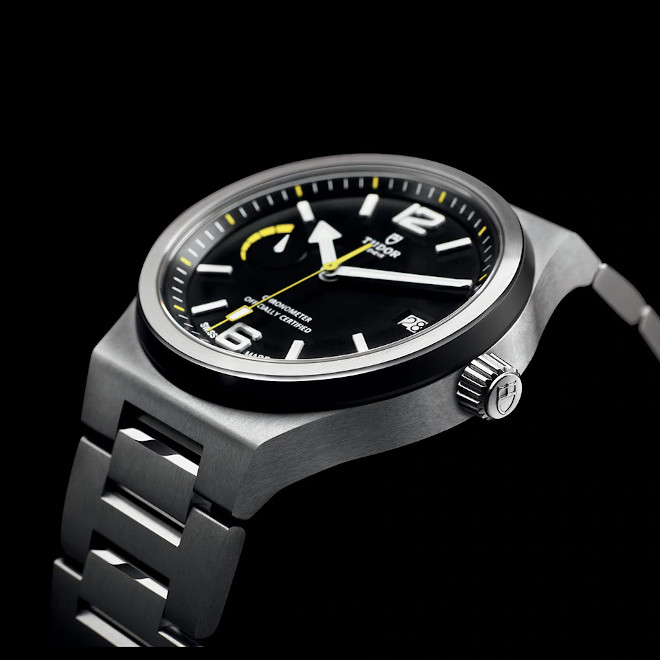 Unlike the new Tudor Royal’s ETA movement, an in-house MT5621 calibre drives the North Flag providing impressive autonomy with a power reserve of approximately 70 hours, regulated by a variable inertia oscillator with silicon balance spring, held in place by a traversing bridge fixed at both sides to improve resistance to shocks and vibrations.