PHUKET: A man was arrested for delivering drugs for a dealer who uses a Line chat group, at a house in Thalang district on Friday.

They found 3.6 kilogrammes of crystal methamphetamine and 92,730 methamphetame pills in a red travel case in a bedroom.

The drugs were in packages wrapped with yellow tape and in packets labelled green tea.

The occupant, Krittamet Ngiabsa-ngad, 28, was present and admitted the drugs belonged to him,  according to police.

He told police he had become involved in the drug trade after being introduced to a man identified only as Phi Tong (brother Tong) in early January this year by a woman he named as Wannisa Thammasiri.

He contacted Tong via a Line chat group, called VITAMILK, and the man had told him about the drug network. He was asked to deliver drugs to Tong’s customers in Phuket, and said he was paid 20,000-30,000 baht per delivery, according to police.

On June 14, Tong told him via the chat group he would send drugs via Kerry Express, and showed a photo of a shipment slip showing the name of sender as Surapong Sriwawat.

On June 15, the parcel was delivered to him. It contained 5kg of crystal meth in green tea packets, and 10 packs containing a total of 100,000 meth pills. Tong then sent a list of customers to him via Line and asked him to deliver the drugs, Mr Krittamet said, according to police.

He began making deliveries that day, then returned home and put more drugs in plastic bags in preparation for the next orders he expected from Tong. Instead, police raided the premises on Friday, seized the drugs and arrested him.

The suspect was charged with having illicit drugs in his possession with intent to sell. He was held in police custody for legal action. 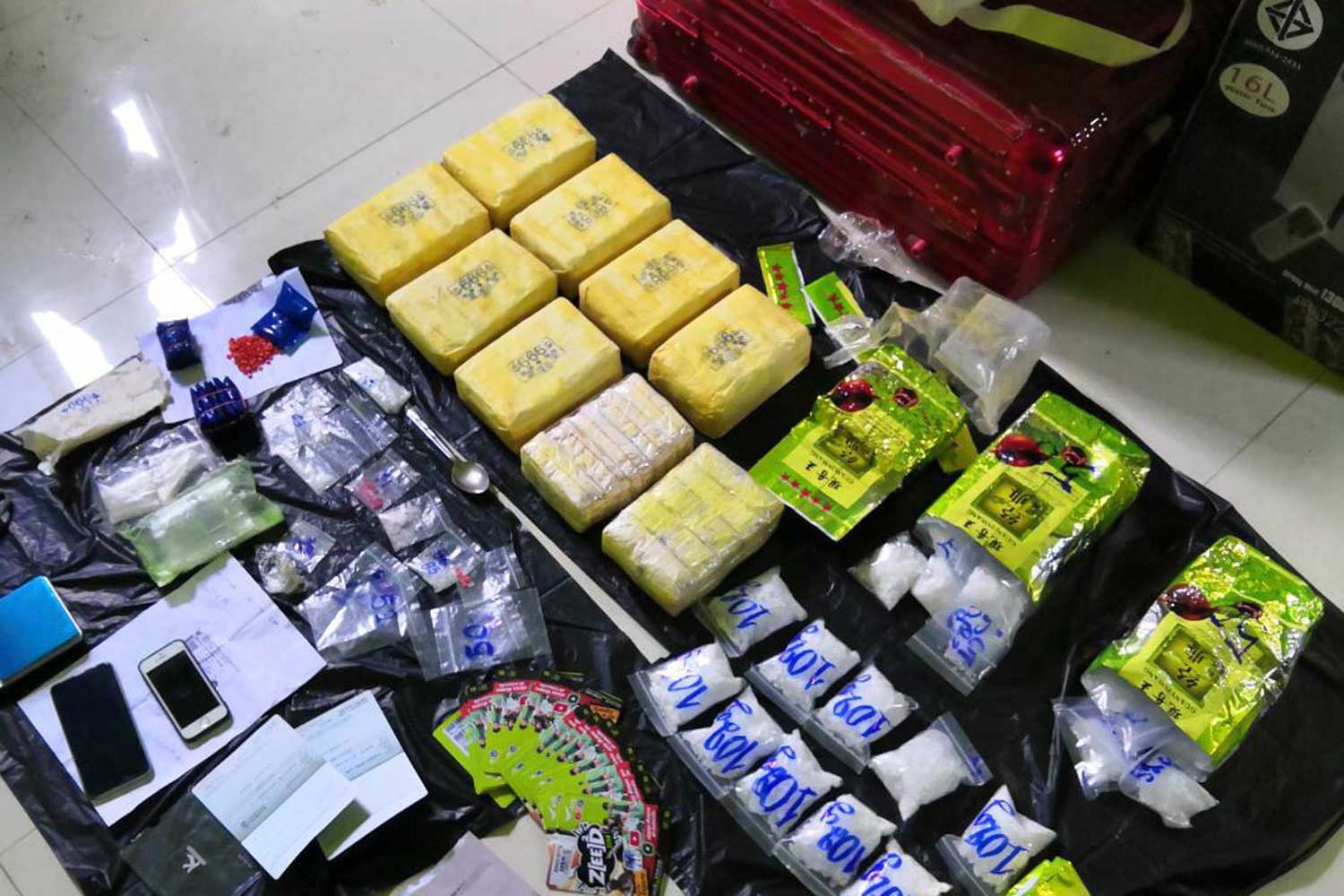