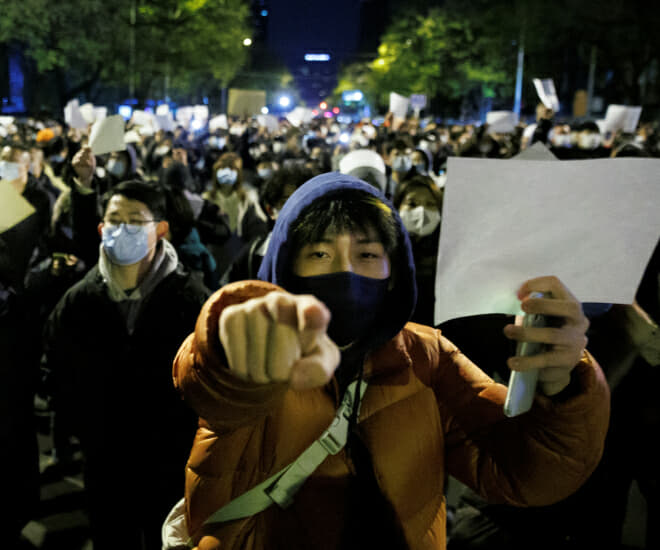 China president, Xi Jinping is methodically building a cult around himself over the years — doing it better than Mao and even surpassing Lenin. Surrounded by unconditional Marxist doctrines and often preaching with mysticism, Xi benefits from the aura of the master that China never ceased to glorify since the end of the 1970s. Describing Marx as the ”Greatest thinker of Humanity”, Xi and the Chinese Communist Party are in fact issuing a warning to their detractors, who are summoned to understand that China and its values ​​will never be absorbed or diluted by the West — that they consider to be in decline. On the flip side, Chinese access to the international system and organisations is used as a lever to explain and to demonstrate to nations weary of a certain Western arrogance that another way exists.

As Xi and the Chinese Communist Party consider their model largely superior to all that is practiced in the world, they aim to make “the human race” adhere to a “community of destiny” by reproducing ad infinitum — at least on Earth — their own system, with the help of a higher project that will save humanity. This Chinese messianism — which obviously involves the establishment of state authoritarianism which an all-powerful Chinese Communist Party will be enthroned — has nothing but contempt for democracy. According to Xi, “global governance is impossible without guiding the way people think,” as revealed in a document recently released by the Central Committee.

This communist creed urges the predation of the free market and capitalism in order to achieve a situation of “organic” unification between the state and the market, where different cultures and ethnic groups are asked to merge under a Chinese leadership — supposedly to homogenise this disparate set. Therefore, the hatred of the Chinese Communists against the Western way of life (largely influenced by the American model) leaves them no other alternative than “total victory”, according to their own expression.

However, the Chinese will have to review their copy — at the very least seriously question their decision-making processes — as the hazardous measures and other experiments decreed since 2020 are very likely to remain the memory of their disproportionate ambitions, its gravity forcing them back down to earth. Eternal confinements recently accompanied by police brutality, virus having escaped from a laboratory with disastrous universal repercussions, national real estate market collapsing under the weight of their clumsiness, witch hunt against their technological flagships, negative GDP, deficient state: so many shocks that will be very difficult to explain — not to an outside world which now regards China with amused astonishment, but — to an insider who often defiantly stamps its feet in suffocating situations. In any case, the Chinese Communist Party demonstrates — both internally and externally — that its omnipotence and infallibility were only myths.

For more information about Michel Santi, visit his website: michelsanti.fr/en