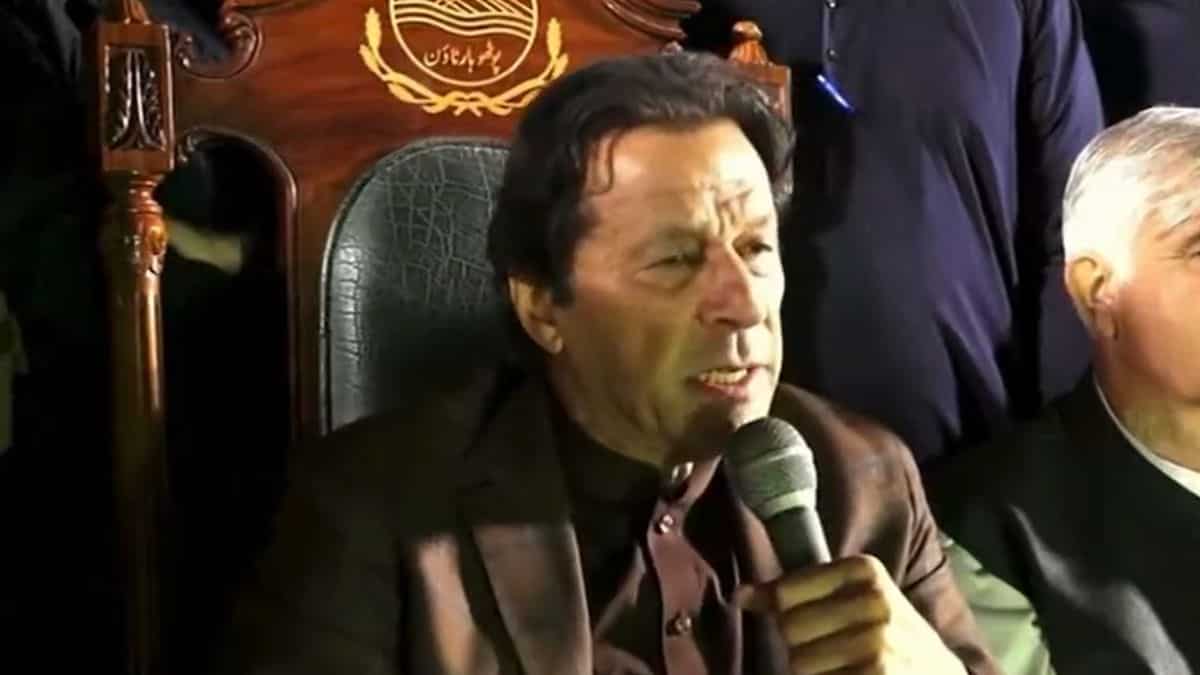 Imran Khan, the chairman of Pakistan Tehreek-e-Insaf (PTI) and a former prime minister, has declared that the “Haqeqi Azadi” march of his party will not travel to Islamabad because he does not want to sow discord and disorder in the nation.

Speaking to the party’s supporters in Rawalpindi on Saturday, he stated, “They [government] cannot afford Islamabad march… they cannot stop millions from entering Islamabad. We could have created create Sri Lanka-like situation.”

However, he said, the party has chosen to resign from every national legislative body in an effort to pressure the country’s current leaders into calling for early elections.

Over three weeks after former Pakistani Prime Minister Imran Khan purportedly faced an assassination attempt, the Pakistan-Tehreek-e-Insaaf (PTI) chief addressed a rally at the conclusion of a long march in Rawalpindi on Saturday. Addressing the crowd while sitting on a chair, Khan hailed it as a “defining moment”, adding, that Pakistan is standing at the crossroad of slavery akin to colonialism and freedom that only an early election will ensure in the country.

In what is popularly addressed as “long march 2.0” by his loyal supporters, Khan reignited his calls for early elections months after his ouster from power after a no-confidence vote in April this year.

Khan insists that if an early vote is called, he will win overwhelmingly.

Earlier on Saturday, Imran Khan reached Rawalpindi from Lahore to lead the long march. For Khan’s first public gathering since November 3 — the day when he was shot in the leg — permission was sought for a rally in Rawalpindi’s Faizabad but the venue was changed to Rehmanabad area of the garrison city due to “security reasons”.

Convoys of Imran Khan’s PTI leaders, workers and supporters made their way to Rawalpindi on Saturday for the ‘climax’ of the Haqeeqi Azadi (Real Freedom) march.

Khan was removed from the prime minister’s office after a political furore over his alleged involvement in the Toshakhana scandal. He subsequently failed to win a no-confidence vote in Pakistan’s National Assembly, a development, Khan alleged, was helmed over by the US. Following his ouster from power, he went on to galvanise his party across Pakistan, demanding fresh elections.