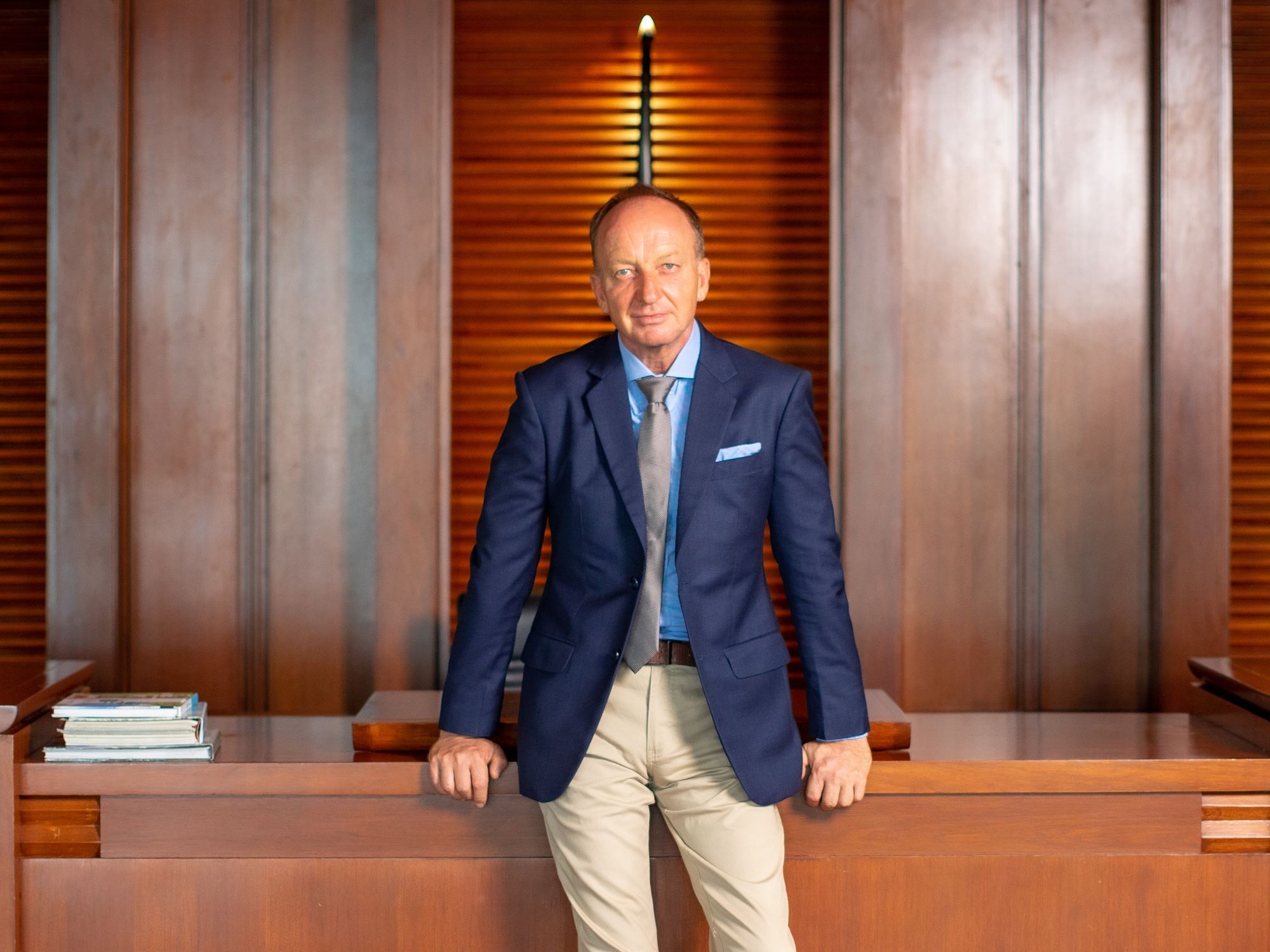 Pimalai isn’t just a resort, it is an institution.

Pimalai is undeniably one of Hotelintel.co’s favorite places in Thailand – and it ranks up there on earth. It is what we call The Last of Thailand’s Island Sanctuaries. As Patrice Landrien, the General Manager at Pimalai reflects on the tourism rebound he mentioned that Pimalai isn’t just a resort, it is an institution. Hotelintel.co had a chance to sit down with him and dig deeper into his thoughts on lesson learned from the pandemic, and what’s the future of luxury tourism for Thailand

What is the biggest lesson that you have learned from this pandemic? What were the challenges and how did you overcome them?

Patrice: The biggest lesson learned is ‘Be patient, resilient, and never give up!’ Never give up on the capacity of the rebound and your property.

The challenge is the uncertainty. We don’t know when it’s all going to end. At the beginning we had no idea of how long it would take for this pandemic to see itself out – some were thinking possibly two months and then it would be all back to normal. Others thought maybe three months and then it would pass. Three months passed and nothing had changed – and so the same armchair estimates continued. There came a point when we finally realized that it would take much, much longer. But with all of the uncertainty, the only thing I could do was to try to surf the waves and bring Pimalai through the storm as best we could.

As a leader you cannot have any outwardly negative displays that your staff might pick up on. You need to ensure that there’s a consistent up-beat mood, bring good energy, care a lot about the staff and just generally maintain a positive attitude. I guess that the one thing that has helped us all pull through it is working together with an earnest sense of empathy.

What do you think would be the future of luxury segment in Thailand? What should Thailand do if it is to become a well-known destination for upscale tourism?

Patrice: I think Covid is a great opportunity for the luxury segment. Especially when EU countries reopen their borders. The pick up right now is quite good, as people are always eager to travel and come for vacation.

Regarding the second question, my perception before arriving in Thailand was that I considered Thailand as an upscale destination already. I was actually surprised by the mass tourism when I arrived. I find that after this crisis, we have a good opportunity to try to plant this idea; maybe we can have fewer guests, since we also cannot find the staff numbers that we used to employ previously. Instead of trying to attract as many guests as possible, we can scope down to a smaller number of guests, but that bring higher value to the property which will help increase the ADR even though we have less staff than before. I don’t suspect that we will have mass flights as we used to have for at least the next two years.

What is the most important thing for hotels to have when it comes to handling crises?

Patrice: Good owners for sure. This is the first key to Pimalai’s succes; we have a board of management who love their staff. The second key is the staff. Since starting here, I noticed that there were two main assets – Number one is the property itself, landscape, and scenery. Number two is Human resources. Here at Pimalai Resort, for the past 20 years we have built a strong team, our staff love Pimalai and love the owners. Everyone was helping each other during the crisis as they feel like they also own Pimalai as their home. To summarise, having good owners who love their staff, and having good staff is key.

For hotels, be careful using a dumb price strategy. Don’t drop the price just to attract the masses – the result will be that you kill your chance to raise the price to old levels or higher in the future. What’s worse is that in doing that, you will be contributing to overall bad momentum of the industry in the market you serve. Be mindful that when you start dropping your rates, you cannot expect high-end / luxury guests anymore.

As important as maintaining the price, for an upscale market, “Sustainability” is the key, not only wording but also in really following through and doing it with measurable results.

Why do you think Pimalai stands out and is one of the most well-loved resorts among travelers to Thailand? And how do you plan to keep that going or make it better?

Patrice: Pimalai is not just a resort, it’s an institution. The feeling that you get when you enter here is different. The staff’s ability to anticipate guests’ needs and act in their interest is at another level. For example when you come back again 3-4 years later, staff still remember the coffee or the food that you like, or other small things that have a huge impact on guests – it’s just as simple as that. It’s in the DNA of Pimalai. When I come to work, when I walk through the gate of the resort, it’s a different feeling I get compared to anywhere else. I don’t see Pimalai behind those international top hotel chains at all, from the first day until now.

However, just ‘keeping things going’ is not in my vocabulary. I will always strive to try and make things even better. If I come to work every day and do the same thing as the day before, that’s not me. I am a Pimalai lover, so making it better is more of my work, not change it but keep improving it. Together with the second generation owner, Khun Charintip, we are being innovative and truly believe that just because we’re here on an island, it doesn’t mean that we can’t be leaders in innovation and technology.

Visit and Book your stay now at Pimalai Resort and Spa