A group of Ratsadon protesters rallied in front of the statue of King Taksin the Great in Thon Buri this evening, to pay respects to the late king, who lived during the 1700s, and to demand an explanation of the cause of his death.

The protesters first gathered on the Lat Ya Road in Khlong San district and, at about 5pm, they marched to the statue, located in the middle of the circle, called Wongwian Yai.

Chukiart Saengwong, a representative of the Ratsadon group, said that the protesters wanted to pay their respects to the late king and would talk about his death and the enforced disappearance of several political activists.

The police, however, barred them from using the space around the statue, claiming that the city’s administration has forbidden anyone to do so and had threatened legal action against any offenders.

Faced with the threat, the protesters agreed to return to the Lat Ya Road, but nine of their representatives managed to convince the police to allow them to pay homage to the statue. 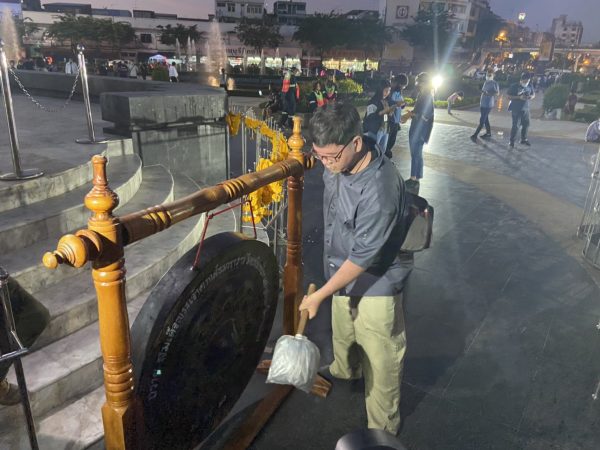 The post Ratsadon protesters rally at the statue of King Taksin the Great to pay homage first appeared on Thai PBS World : The latest Thai news in English, News Headlines, World News and News Broadcasts in both Thai and English. We bring Thailand to the world.