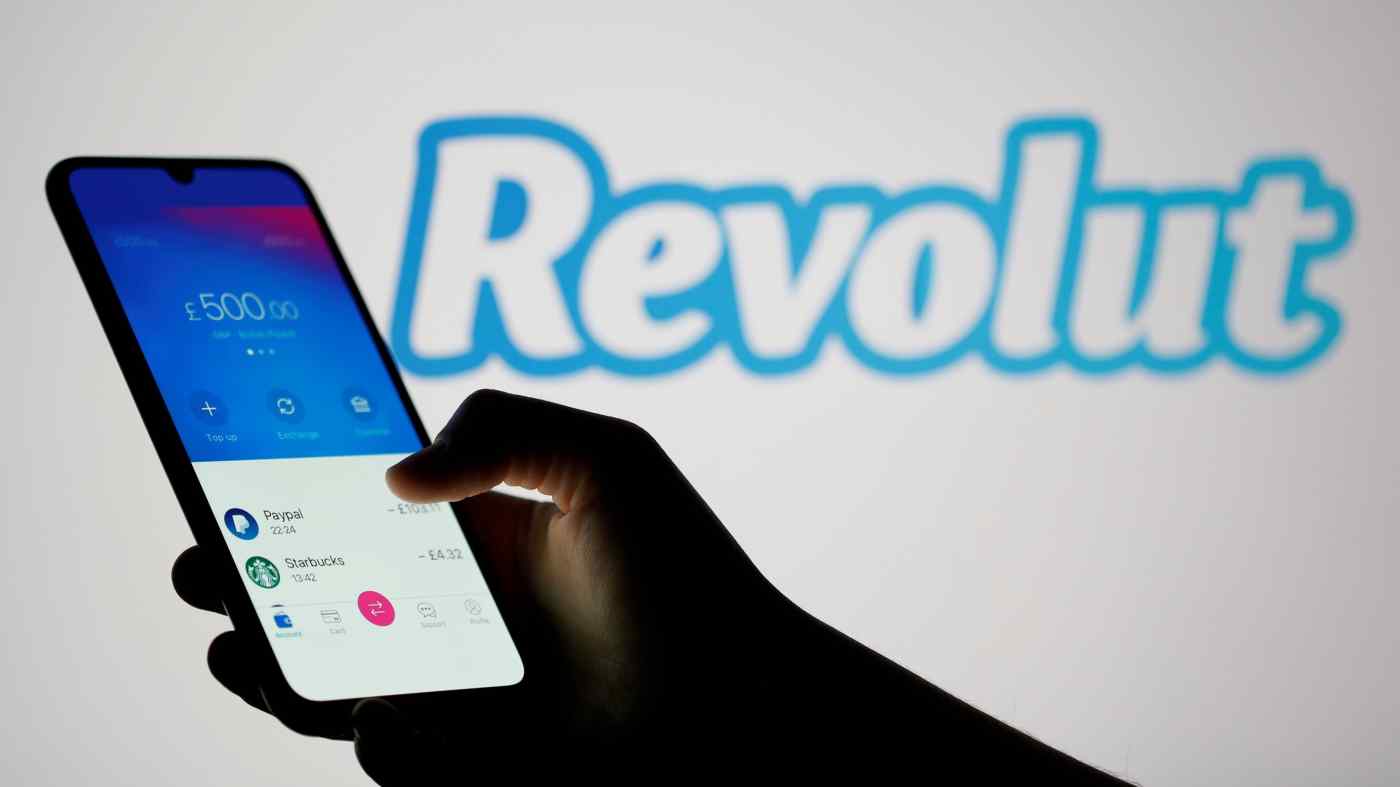 U.K.-based Revolut is among the virtual banks encroaching on the turf of traditional financial institutions.   © Reuters

TOKYO — Banks around the world have significantly scaled back their bricks-and-mortar infrastructure, as the growing popularity of low-cost online banking forces a rethink of their business model.

The number of physical bank branches in roughly 100 countries with comparable data has dropped by 56,000, or 14%, over the past 10 years, according to International Monetary Fund data on commercial banks. The U.S. shed 1,500 in 2020 alone, while bank-heavy Italy dropped 800.

Japan’s finance industry, which has been slow to embrace virtual banking and had largely resisted this trend, looks set to change. A Daiwa Institute of Research survey of public disclosures from major and regional banks shows plans to close about 1,000 branches over the next several years — nearly 10% of the nationwide network.

U.S. Bancorp, a regional bank, pared its branch network from roughly 2,800 to 2,400 last year, as 80% of its customers had transitioned to digital banking by this past May.

Bigger players are pivoting online as well. Wells Fargo had 5,032 retail bank branches at the end of 2020, down by about 300 from a year earlier, while its mobile services added 1.6 million customers.

In Japan, the number of bank branches stayed roughly flat over the past decade at 34 per 100,000 adults, while the U.S. went from about 35 to 30. Japan’s effective total is actually larger, as other institutions like credit unions and shinkin credit associations also provide banking services. Sweden, a trailblazer in going cashless, has just 14.

Physical infrastructure has long been at the heart of Japanese banks’ operations, with bricks-and-mortar branches near train stations and multiple ATMs in convenience stores. Japan lags well behind the rest of the world in adopting banking apps, at 21%, compared with a global average of 35%, according to We Are Social.

But the cost of maintaining these networks is starting to weigh, particularly as years of ultralow interest rates have made lending less profitable.

Mitsubishi UFJ Financial Group plans to slash its number of branches by more than 20% between fiscal 2020 and 2023 to 320. The megabank is encouraging its customers to handle transactions online, reducing the need for less-efficient physical spaces.

Meanwhile, downloads of finance apps have boomed to 1.2 billion worldwide by the end of June, according to Sensor Tower. The share of these downloads held by traditional financial institutions is shrinking by the year, down to 75% from 99% in 2017.