Police from Thailand’s Cyber Crime Investigation Bureau (CCIB) arrested a man at a house in Warin Chamrab district of the north-eastern province of Ubon Ratchathani today, for allegedly hacking the homepage of the Constitutional Court on Wednesday.

According to the CCIB, an investigation was launched after it received a complaint from the Constitutional Court about the hack, after the court delivered its controversial ruling on Wednesday that speeches, made by three anti-establishment protest leaders last year, were an illegal attempt to overthrow constitutional monarchy.

The website was hacked and the title page changed to display the phrase “kangaroo court.”  The homepage also linked to a music video for the song “Guillotine”, by the US-based hip-hop group Death Grips.

Police identified the IP number of the suspected hacker and traced it to a house in Saensook sub-district in Ubon Ratchathani. A search warrant was approved by the provincial court.

According to Thailand’s computer crime law, the offence of hacking is subject to six months to two years in prison and/or a fine of 40,000 baht on conviction. If damage is caused by such act, however, the sentence increases to five years and/or a maximum fine of 100,000 baht. 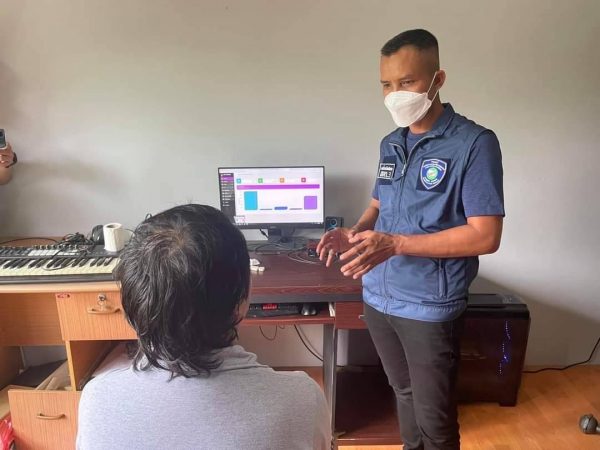 The post Suspected hacker of Constitutional Court homepage arrested in Ubon Ratchathani first appeared on Thai PBS World : The latest Thai news in English, News Headlines, World News and News Broadcasts in both Thai and English. We bring Thailand to the world.