A body of a foreign female tourist, later identified as a Swiss national, who traveled to Thailand through the “sandbox” scheme in which fully vaccinated COVID-negative overseas arrivals are allowed in the country through Phuket, was found on the resort island yesterday (Thursday). Police investigation and an autopsy are underway.

National Police Chief, Pol Gen Suwat Jaengyodsook, travelled to the resort island today, to supervise a police investigation into what is suspected as a murder, although no would has been found on the body upon initial inspection, while vowing to bring who was responsible to justice. A team from the Bangkok-based Crime Suppression Division has also been sent to assist the local police. 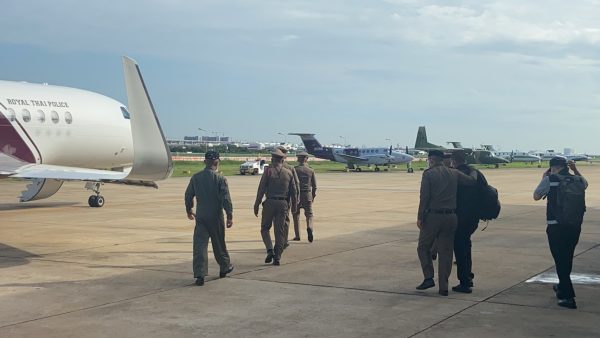 The victim’s body was found in a creek near the Ton Ao Yon waterfall in Wichit sub-district, covered by a rubber sheet, with a rock placed on her head.  A backpack, containing some clothes and a phone, was found not far from the body.

Police initially suspect that the victim had died more than 48 hours before she was found by villagers, who then alerted the local police, as she did not return to her hotel since Tuesday (August 3rd). The body has been sent to a hospital for an autopsy, to determine the actual cause of the death. According to police, the victim arrived on Phuket on July 13th.

Prime Minister Prayut Chan-o-cha expressed his condolences today, while Deputy Prime Minister and Foreign Minister Don Pramudwinai has called the Swiss ambassador in Thailand to express his profound condolences for the Swiss national’s death in Phuket, according to the ministry’s Spokesperson Tanee Sangrat today.

He also said that the ministry has instructed the consular office to coordinate with the provincial governor to speed up the autopsy process and asked the Thai police to expedite the investigation.

The post Swiss tourist under “sandbox” scheme found dead in Phuket, police chief on island for probe first appeared on Thai PBS World : The latest Thai news in English, News Headlines, World News and News Broadcasts in both Thai and English. We bring Thailand to the world.