Described as the “Messenger of the Gods on the water”, the Hermes Speedster is a classic-styled runabout designed by Seven Seas Yachts. 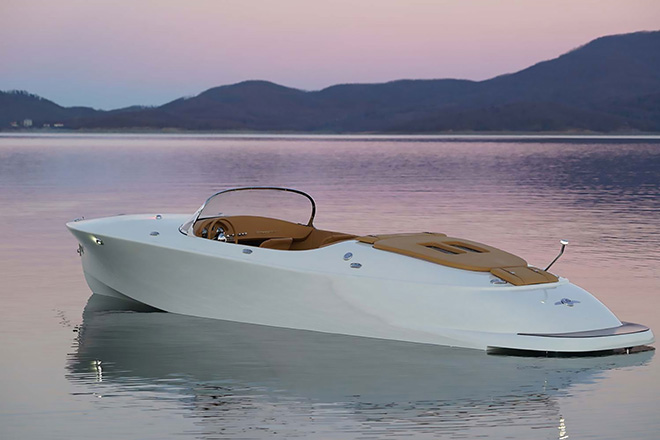 Described as the “Messenger of the Gods on the water”, the Hermes Speedster is a classic-styled runabout with traits reminiscent of a 1959 Porsche 356 and the similarly built boats of the 1930’s. 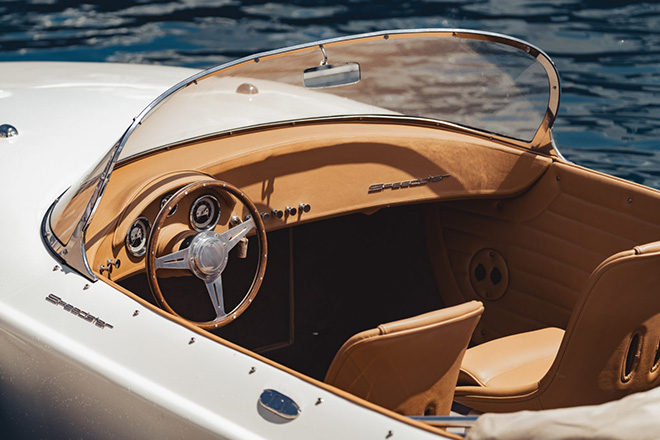 Eliminating the presence of straight lines, this speedster is the perfect combination of luxury, efficiency, style and comfort with natural curves and dynamic motion. Designed by Seven Seas Yachts, better known now as, Hermes Craft, the 22.14’ vessel is 100% handmade featuring a convertible top and seven-layer hydrodynamic underwater hull with vinyl ester resin – the Hermes Speedster comes in nine unique shades of Beach, Orange, Mustard, Ruby and Saharah, among many others. 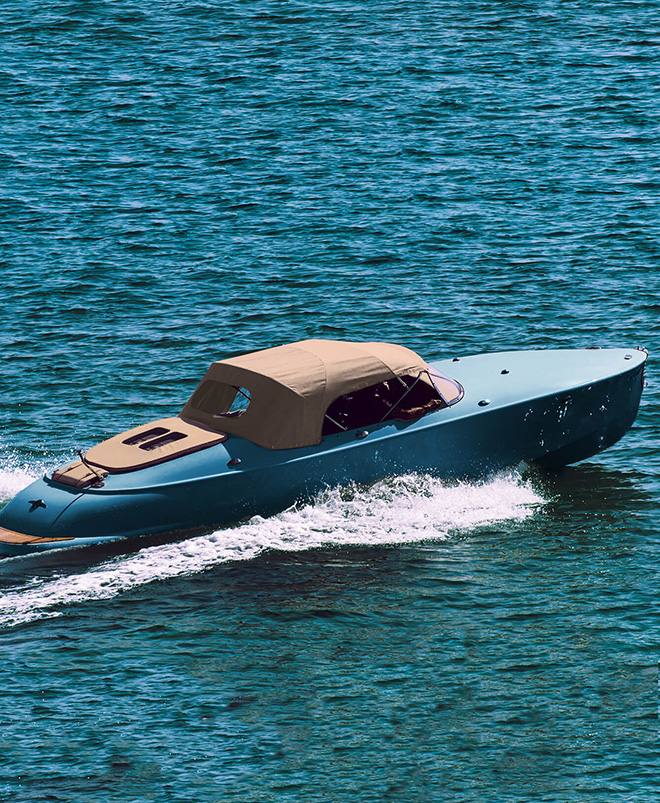 Equipped for rainy and unpredictable weather, the speedster comes complete with a convertible top, optional heater, and glass defroster. Incorporating safe-design elements, the vessel is perfectly stable and can accommodate rapid acceleration with a low drag resistance. The speedster thus, glides seamlessly through water at maximum speed whilst maintaining a horizontal position – thanks to its low center of gravity. Consuming an estimated 5.5 liters of fuel per hour, the Hermes Speedster is honored the world’s most efficient production boat with palatial interiors, boarding up to five passengers at a time. 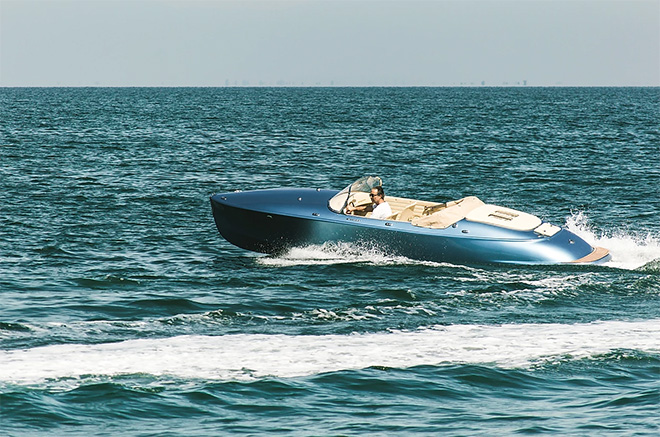 Despite its size, the speedster utilizes smaller engines than its similar-sized counterparts, whilst surpassing them in speed. Cutting through waves at a 72 degree angle, the Hermes speedster guarantees a soft and smooth ride at any speed up to 45mph, transitioning to plane at a gradual and undetectable pace. 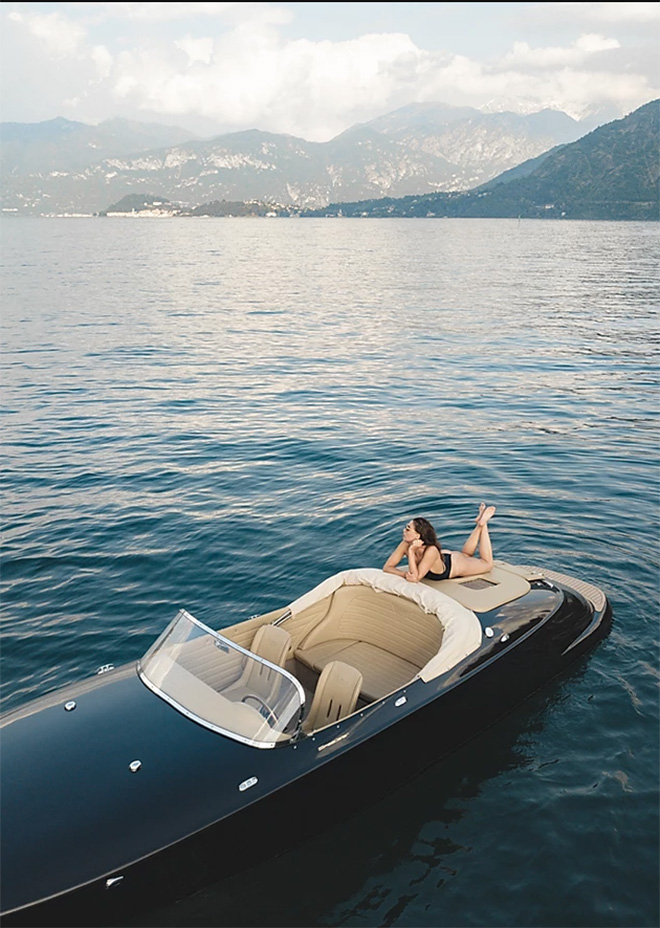 The Hermes Speedster is customizable and currently listed for sale online , with a price available upon request.