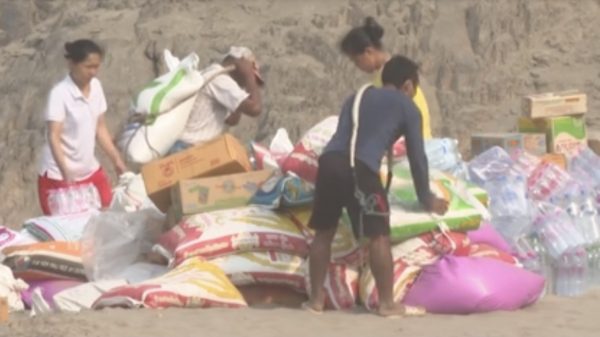 Thaweewit Dibuehar from Karen Network Mae Hong Son, a local ethnic Karen community group who helps provide the aid supplies, said after days of negotiations, Thai officials finally allowed them to send supplies to villagers on the Myanmar side.

The military had launched several airstrikes in eastern Myanmar since March 27, killing a dozen civilians and displacing more than 20,000. Several thousand fled to Thailand, but Thai authorities said the group has returned of their own accord.

Thaweewit believes thousands remain hiding along the Salween river, too afraid to head back to their villages or return to Ei Tu Hta camp for internally displaced people along on the border. 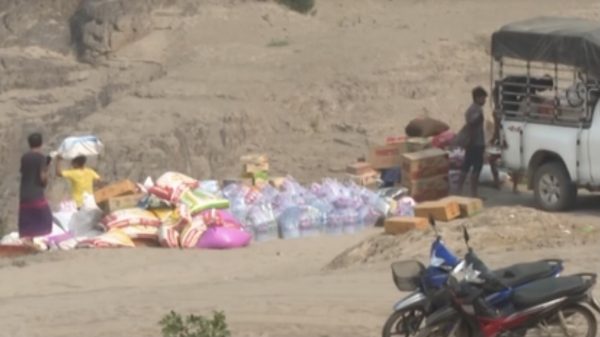