Police have fired water cannons at anti-government protesters, as they tried to break through barricades and razor wire at Pan Fah Bridge, erected to prevent them from reaching Government House.

About 15 protest groups, led by the Free Youth movement, gathered at Bangkok’s Democracy Monument at about 2pm and formed a procession, which then moved along Rajdamnoen Avenue toward their destination at Government House.

Many of them carried straw men, to symbolize those who have died from COVID-19, and an effigy of Prime Minister Prayut Chan-o-Cha, with the “Wevo” guards taking the lead.

The protesters are seeking the unconditional resignation of the prime minister, cuts in the budgets for the military and the palace and mRNA vaccines.

Police have blocked all access to Government House with cargo containers, steel barricades and razor wire.

This morning, police searched the houses of some protest leaders to look for illegal items, but only found numerous straw men instead. 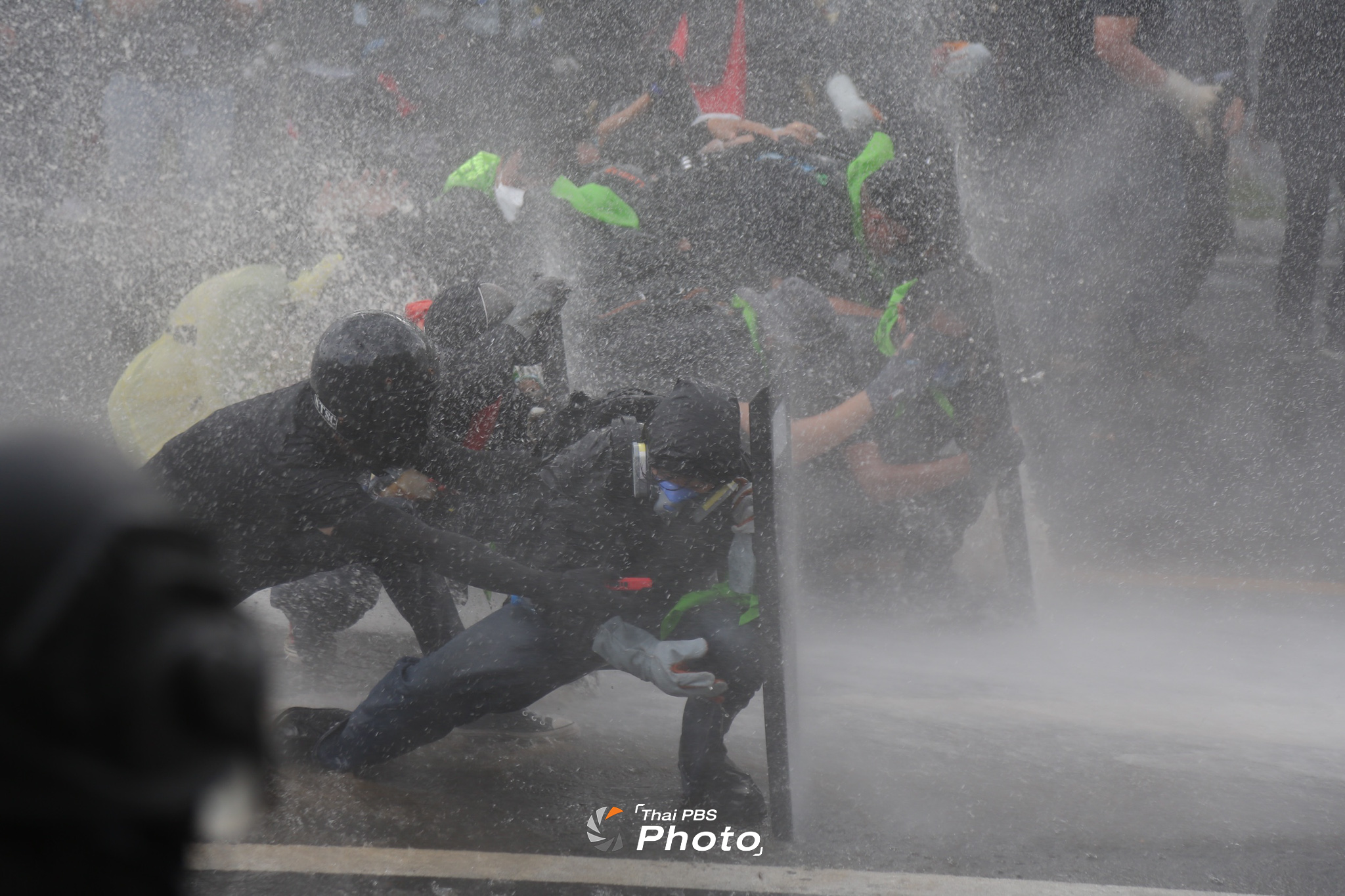 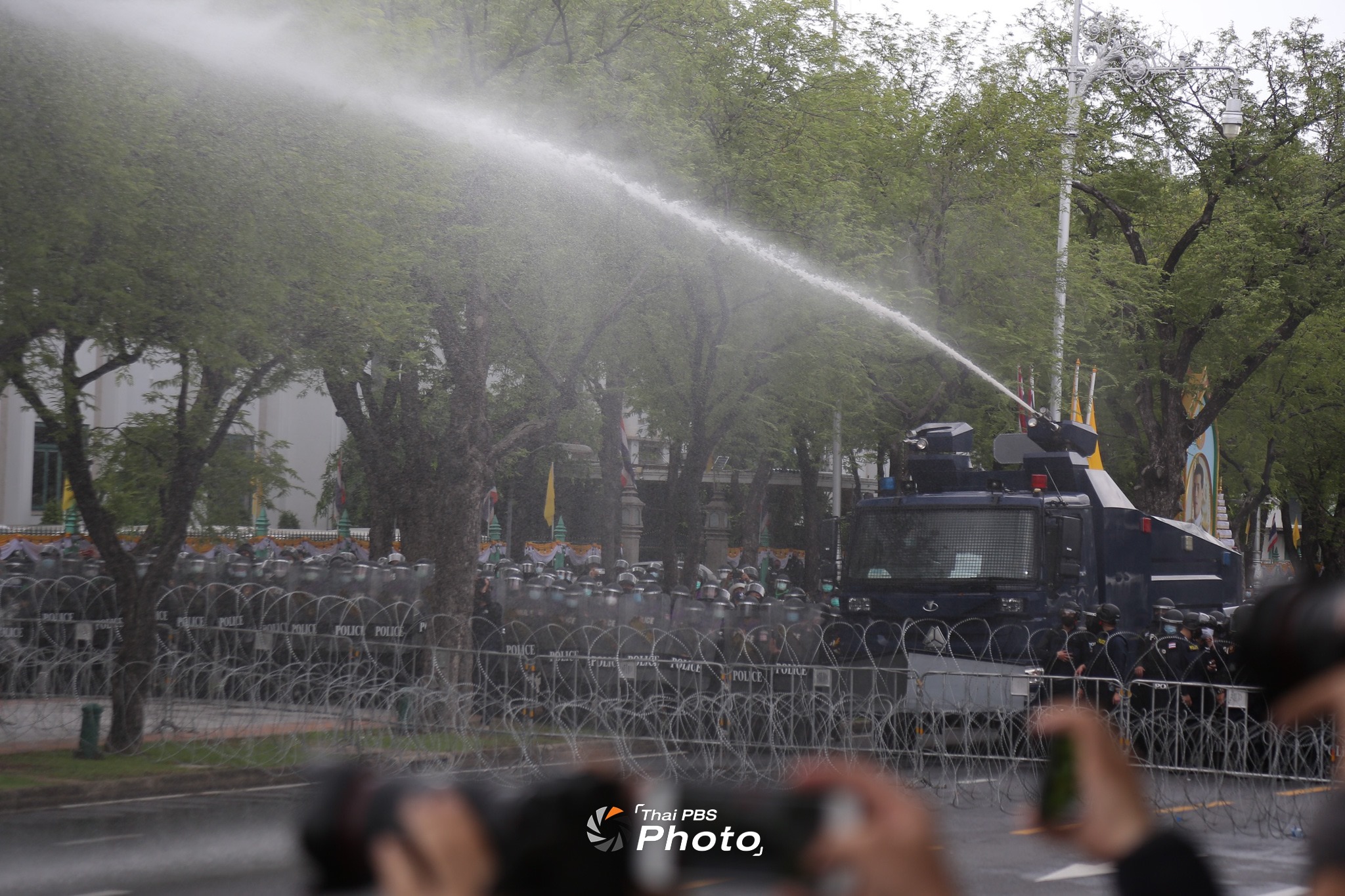 The post Thai police use water cannons against anti-government protesters first appeared on Thai PBS World : The latest Thai news in English, News Headlines, World News and News Broadcasts in both Thai and English. We bring Thailand to the world.