Thailand has fallen four places to 29th in IMD’s world competitiveness rankings for 2020.

Thailand has fallen four places to 29th in IMD’s world competitiveness rankings for 2020, weighed down by a decline in rankings for economic performance and government efficiency.

Conducted by the Institute for Management Development, the survey analysed global economies and their ability to generate prosperity. All 63 countries were gauged in the ranking undertaken by IMD Business School in Switzerland and Singapore.

But the country’s business efficiency and infrastructure rankings improved from 27th to 23rd and 45th to 44th, respectively.

“Thailand’s decline in the ranking is mainly due to sluggish GDP growth and employment growth,” Jose Caballero, a senior economist at the IMD World Competitiveness Centre, told the Bangkok Post.

“In the context of government efficiency, it experienced a negative turn in executives’ perception about the adaptability of government policy, the level of transparency in the policymaking and implementation processes, and bureaucratic effectiveness.”

Mr Caballero gave the example of business legislation, saying there is an increasingly negative perception of the impact of governmental protectionism on business, as well as the effectiveness of legislation in warding off unfair competition.

Another negative prospect is a drop in public spending on education, he said. 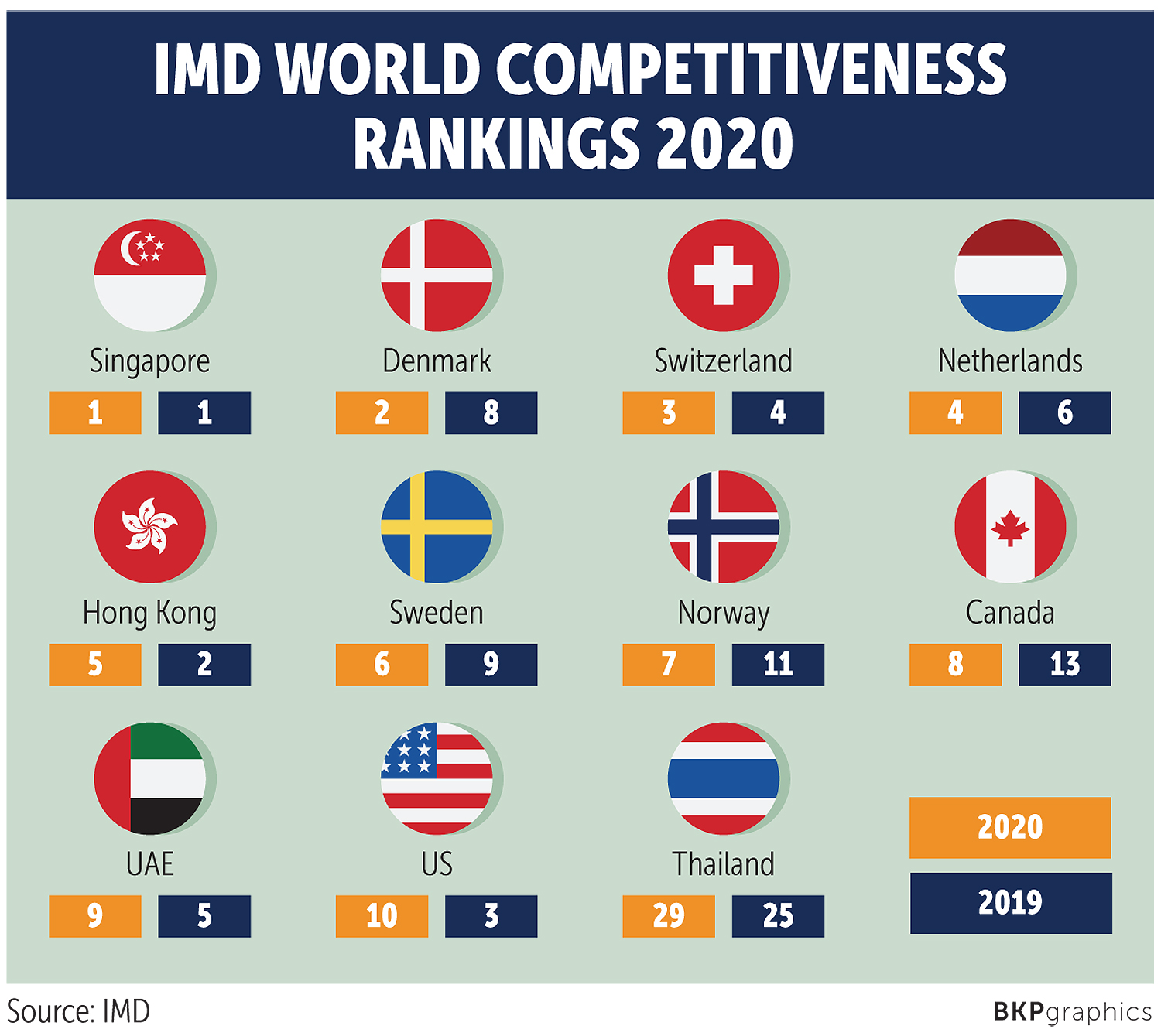 As far as Asean peers, Singapore retained the pole position while Indonesia saw the largest drop, from 32nd to 40th.

Malaysia fell five positions to 27th, and the Philippines was the only Asean country that saw improvement, up one position to 45th.

According to Mr Caballero, in order to sustain competitiveness Thailand must attach importance to factors that make its economy more resilient.

“These factors include, for example, the promotion of entrepreneurship and innovation and the continued support for SMEs, which all can contribute to increasing employment levels,” he said.

In terms of the academic sector, Thailand must prioritise the quality of education to ensure the long-term effectiveness of talents, he said. Another key is boosting current apprenticeship and employee training programmes to prepare the workforce for the future.

Most Asian economies saw a drop in the IMD rankings, with the exceptions of Singapore, the Philippines, Taiwan and South Korea.

IMD said the Asian decline was partly due to US-China trade friction. China fell six positions to 20th in the rankings.