Editor’s note: This story has been updated to reflect a new Senate defense authorization bill amendment, passed June 15, that would require the Army to create a gender- and age-neutral fitness standard for combat military occupation specialties.

The final version of the Army Combat Fitness Test debuted in April, significantly pared down from the way it was first envisioned in 2017 and without one of its founding mandates: gender-neutral standards.

Accordingly, the Army shifted its messaging, heralding the ACFT as a fitness test rather than a combat readiness test, as it had originally been conceived. This solved the issue of large numbers of women who previously sailed through the Army Physical Fitness Test becoming in danger of losing their careers because of scoring poorly on the new ACFT, but it also put a pin in the discussion about gender-neutral fitness standards.

“But there’s a lot of other things that are really MOS-specific,” Sergeant Major of the Army Michael Grinston told Army Times May 30. “And that’s where we’re still looking at. … Okay, here’s the standard, both physically and mentally.”

While women in the Army have, during the same time frame, fought for equal footing while embracing the things that make them distinct from their male counterparts, fitness standards are still a point of contention.

Capt. Kristen Griest, the Army’s first female infantry officer and one of the first two women to earn the Ranger tab, wrote an essay about her concerns with changing ACFT’s single-standard scoring.

“Under a gender-based system, women in combat arms have to fight every day to dispel the notion that their presence inherently weakens these previously all-male units,” she wrote. “Lower female standards also reinforce the belief that women cannot perform the same job as men, therefore making it difficult for women to earn the trust and confidence of their teammates.”

But for women outside of combat arms ― which is to say, the vast majority of women in the Army ― there wasn’t quite the same pressure to physically match their male counterparts.

The Army has told soldiers for decades that its fitness test is a measure of worthiness ― awarding promotion points to high performers and forcing out those who repeatedly fail ― while also making up for the tests’ shortcomings by reiterating that they are a test of health, not combat readiness.

The ACFT bridges a gap in some ways, incorporating more domains of fitness than its predecessor, necessitating new training that includes weight lifting and core conditioning.

“We have overuse injuries. It made the muscles stronger,” Grinston said of the ACFT requirements. “And that’s still the goal. It doesn’t matter what your job is ― just for life.”

While the APFT’s run, sit-ups and push-ups only covered endurance, the ACFT adds strength and power events. But because it’s graded based on age and gender, it’s still subjective, conceding that readiness may not be a one-size-fits-all situation.

With that in mind, the Senate Armed Services Committee on Wednesday passed an amendment to the 2023 defense authorization bill that would require the Army to create one physical readiness standard for all combat jobs, separate and above what’s already required by the ACFT. 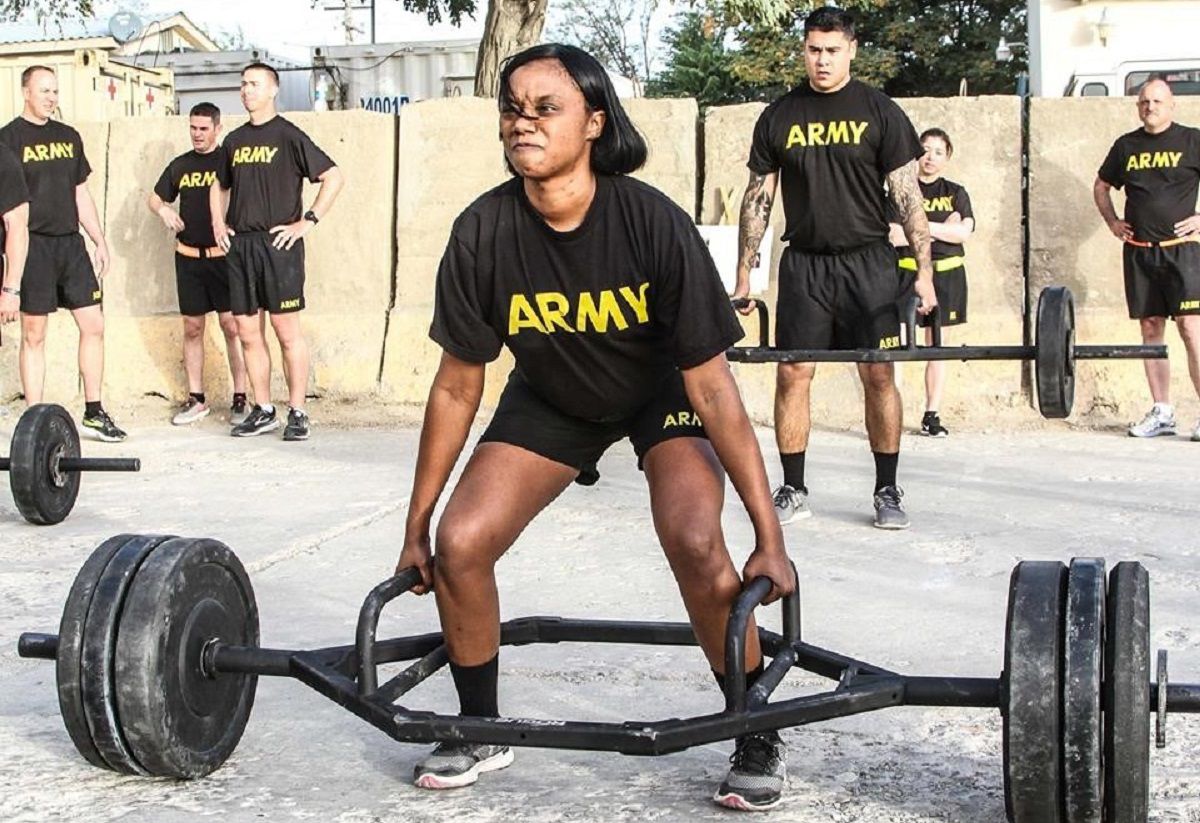 “The goal was to change how we do fitness,“ Grinston said. “And, you know, from a person who has been in the Army for 35 years, almost ― when I go out to units, we’ve changed the culture of fitness.”

The Army does have an existing measure of combat readiness in its expert badges. The Expert Infantryman Badge, Expert Field Medical Badge and the catch-all Expert Soldier Badge all have a gender-neutral, age-neutral, pass-fail grading system.

While soldiers are encouraged to test, and passing confers promotion points, expert badges are not required and failure isn’t punitive, so they aren’t really comparable to fitness tests.

The ESB, the newest badge, went live in 2019, an effort to give soldiers not in infantry, Special Forces or medical jobs the ability to earn an award for mastering the basics of soldiering.

“And there’s plenty of men and women that have already passed the [ESB] … ,” Grinston said. “And I think that’s the way we’re going.”

There’s also the possibility of a true combat readiness test, he added. The U.K., for example, recently revamped its mandatory army fitness test, with age- and gender-neutral standards based on job requirements.

The concept is not too dissimilar from the Occupational Physical Assessment Test, which the Army fielded in 2017 for new recruits. Its scores determine whether recruits are physically qualified for a given MOS.

“So, how do we do that? We’d like to say we’ve already got the model, that we just take that and say, what is that going to be?” Grinston said. 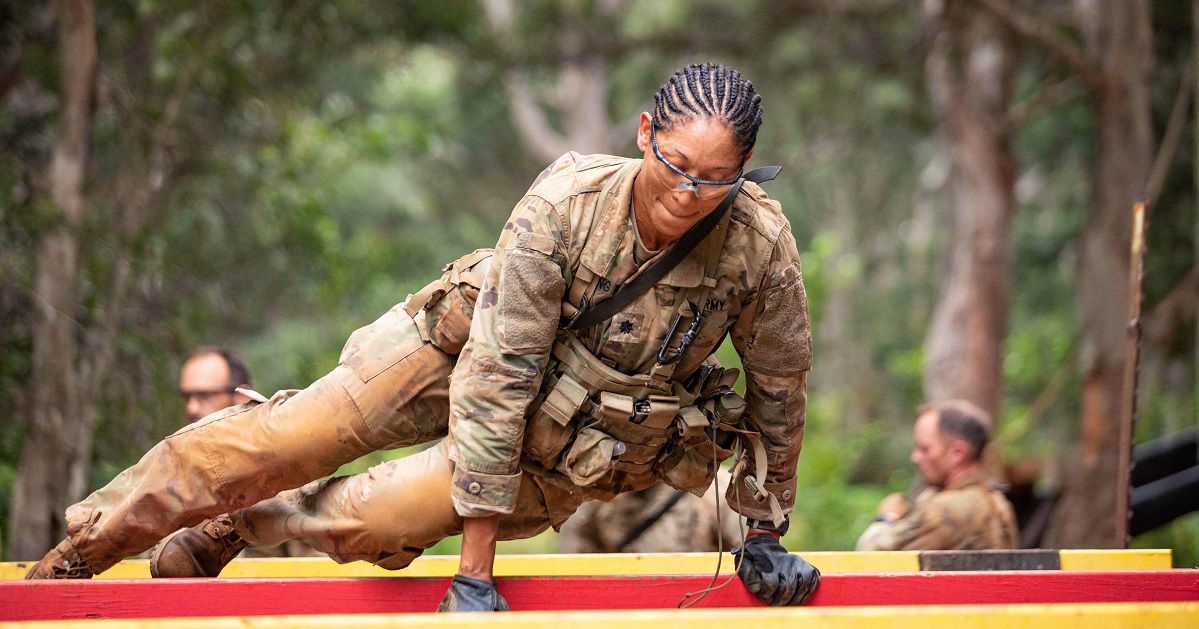 It took half a decade to arrive at the ACFT, after waiting about half a decade following the Army’s previous failed venture into a new PT test, so there’s no expectation the ACFT will get a revamp soon.

There may be some room for a different kind of test, though. Back when the ACFT was in its earliest stages, it was actually two different tests: the Training and Doctrine Command-created Army Combat Readiness Test, and the Forces Command-developed Soldier Readiness Test.

The latter included combat-simulating drills like stacking sandbags and a trail run with a small obstacle course, all in full body armor.

“So, we have that research. Again, my focus: get the badges, one standard for everybody,” Grinston said. “And then do we just kind of move that over, and say we pull that research from FORSCOM. And how do we model that?”