Since it premiered in 1986, director Jerry Bruckheimer’s ”Top Gun‘ has garnered a cult following so serious it inspired a generation of young men to become Navy pilots — with recruitment rates up 500 percent following its release.

And while some movie devotees joined the military, one man found a different way to show his love: permanent ink. 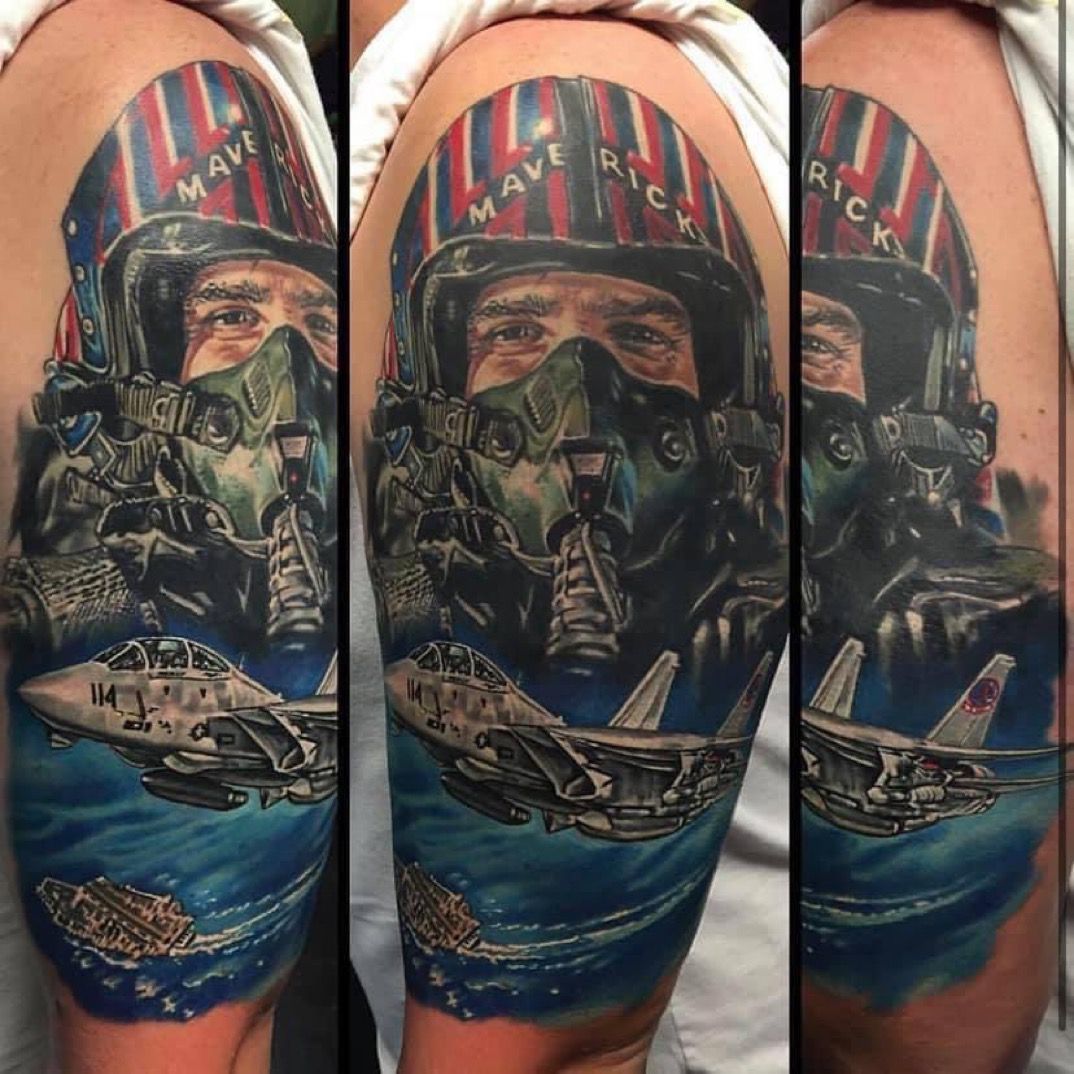 The art was done by tattoo artist Josh Bodwell, who ran a shop in Pennsylvania but now operates out of New Orleans. Bodwell is known for his pop culture tattoos and starred on A&E’s television series ’Epic Ink.’

“I got the tattoo back in 2016,” Niel told Military Times. “The top portion was a nine hour session at the New York tattoo convention and the bottom was done at his shop in the Poconos which was about seven hours.”

He was motivated to plant Maverick’s face and an F-14 Tomcat on his bicep because he’s a huge aviation fan and ’Top Gun’ was his childhood comfort movie.

“The inspiration really came from my love of aviation,” he said. “I’ve always been obsessed with aviation and planes (military and civil) and the freedom that comes with flying. Growing up I was kind of an outcast and a little on the weird side, so watching ‘Top Gun’ over and over was usually my go to after school stress-relief movie, so it really meant a lot to me.”

Niels also noted that the tattoo is a reminder about perseverance.

“The story line is also very relatable from dealing with loss, overcoming your own obstacles, and striving to be the best at something,” he said.

“I think people love ‘Top Gun’ so much because, I mean, it’s badass,” he said. “I think no matter who you are, whether you appreciate aviation or not, we can all agree fighter jets are epic. My wife seems to enjoy the volleyball scene as well; can’t seem to figure out why.”

Niel is extremely excited for the upcoming premier of the movie’s sequel ‘Top Gun: Maverick’ due in theaters on May 27 after a series of postponements, mostly due to the COVID-19 pandemic. He speculated too about who the enemy in the movie would be as well.

“Would Russia be a cliché answer?” he mused. “Honestly I’m not sure, they’ve been pretty good about keeping that stuff hush hush. I do know from the previews Pete’s past will be his own enemy at some point.”