A Facebook post from Tricare celebrating April as “Autism Acceptance Month” has struck a nerve, with hundreds of military families criticizing the Defense Department for its health care coverage of autism treatment for military families.

Families complained that recent DoD policy changes have resulted in cuts in coverage for autism treatment.

“What a gross post from a group that has made getting services so difficult for hundreds of people,” wrote Meigan Toland, commenting on Tricare’s simple April 8 post.

At last look on April 11, there were 690 comments to the post, which reads: “We can all work to make room for more inclusivity and tolerance with just a little patience, understanding and education. Learn more about Tricare coverage of Autism treatment: tricare.mil/autism.

The post “immediately, albeit unintentionally, highlighted the concerns and limitations with the changes in autism care that many military families encounter,” stated a press release from the organization Exceptional Families of the Military.

The responses to the post “are eye-opening, underscoring a problem that needs to be addressed in the military community,” said Austin Carrigg, CEO and founder of the group. 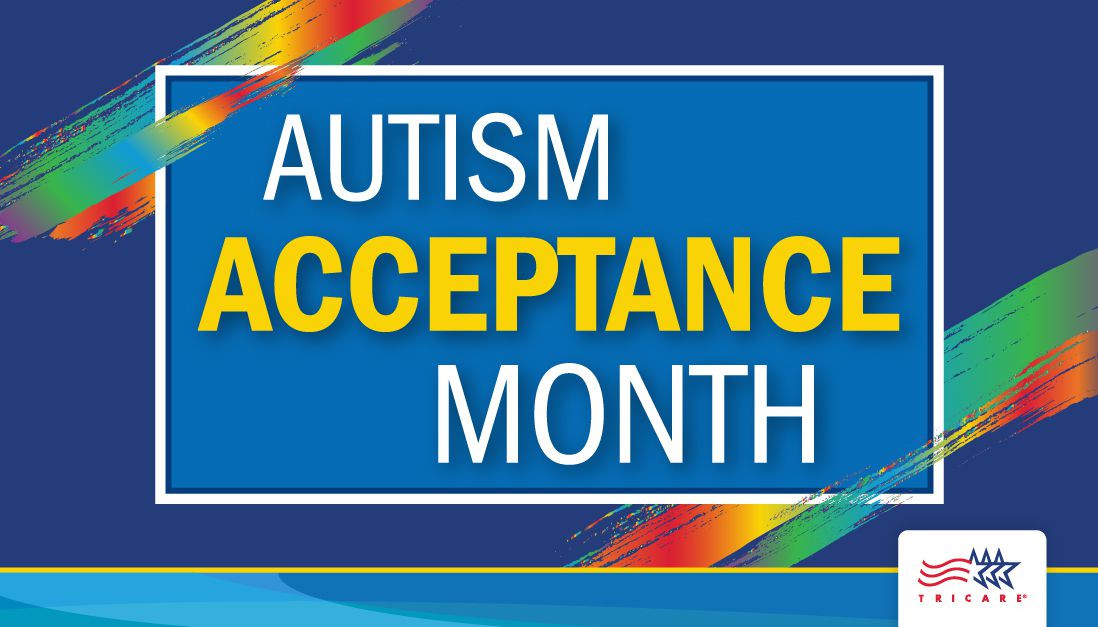 In spring 2021, defense officials announced an expansion of the Tricare Comprehensive Autism Care Demonstration program to provide more support to meet families’ needs. There are nearly 16,000 military children diagnosed with autism involved in that program, which began in 2014 and is currently authorized to continue through Dec. 31, 2023.

In response to Military Times’ request for comment, Defense Health Agency officials said the Tricare benefit is unique in its coverage. “Unlike commercial plans, Tricare is defined in statue and regulation, whereas commercial plans tend to have flexibility for various coverage determinations,” said Peter Graves, spokesman for DHA.

Military families have said that among other things, the changes curtailed coverage of Applied Behavioral Analysis, or ABA, services provided in community and school settings, where therapists help children develop skills to deal with real world situations when they may experience sensory overload. Registered behavior technicians are not covered in community or school settings. Board-certified behavior analysts are allowed but only if approved by the Tricare contractor for a limited time.

“I can recreate a grocery store at home, with a cashier … but I can’t recreate the 80-plus people in the store,” Holly Duncan, an Air Force wife and mother of two children on the autism spectrum, told Military Times. If therapists are allowed to work with students at school, they can reinforce the proper behavior for the child who may not want to sit in her seat and do the work. This also allows the teacher to continue to teach the class.

“We also want to make sure everyone is on the same page” so that the behavior is reinforced to better help the child, said Duncan, co-director of the Autism Family Advocacy Committee for the Exceptional Families of the Military organization.

“Our children already have enough hoops to jump through,” commented Lana Lazar-Amaro on the Tricare page. “Limiting ABA to clinic settings only makes it nearly impossible for our children to receive the necessary therapy hours when they are school age.”

Graves said “Tricare is consistent with commercial and Medical plans regarding the exclusion of ABA services in the school setting,” and cited as examples the Federal Employee Health Benefits plans, Texas Medicaid and Cigna.

In a Dec. 21 letter to the Defense Department, Sens. Jeanne Shaheen of New Hampshire and Kirsten Gillibrand of New York said they began hearing from families about the adverse consequences of the changes shortly after they took effect. They requested more information about the changes and the steps DoD is taking to support military families with beneficiaries diagnosed with Autism Spectrum Disorder.

Military families on Facebook repeatedly cited problems with bureaucratic processes that often cause disruptions in a child’s treatment. Treatment plans have to be submitted to Tricare every six months now. Waiting lists for appointments compound the difficulties.

“I’m on edge, wondering if we’ll be able to be approved,” said Dr. Jennifer Bittner, an Army spouse who, with Duncan, is co-director of the Autism Family Advocacy Committee.

Bittner, who was previously a practicing child and adolescent therapist, wants to ensure that her child receives a quality treatment plan that supports his needs, not just one that “checks the boxes” for Tricare, she said. “I can’t tell you the amount of stress I go through every six months wondering if services are going to be stopped” if the plan isn’t approved, she told Military Times.

Some commenters called for coverage of additional alternate therapies. “There are therapies that families want for their children that aren’t being offered through the autism care demonstration,” Duncan said. “Those who don’t choose ABA for their families are left behind. That’s not okay. ABA is not a one-size-fits-all therapy. We need other therapies offered for families.”

For example, she’d like Tricare to also cover social skills groups, which is not covered under the autism care demonstration.

“Tricare, please stop with the acceptance and awareness spiel until you put together accessible, meaningful coverage that addresses issues instead of making families’ lives so much more difficult,” commented Kristin Proffitt on the Tricare Facebook page. “After 10 years with 2 children on the spectrum, your callous and arbitrary changes to their services and the steps you have actively taken to make therapy less accessible … has caused our family more stress and harm than their diagnosis ever would.”

Kira Barrett-Voelker called the Tricare post “a slap in the face.

“As a health-care provider with a child on the spectrum, all you’ve done is reinforce society’s negative view of autistic individuals,” she wrote. “It’s not just ABA that’s the issue. It’s becoming increasingly more difficult to find any therapy or provider, even in big cities, that will work with Tricare.”