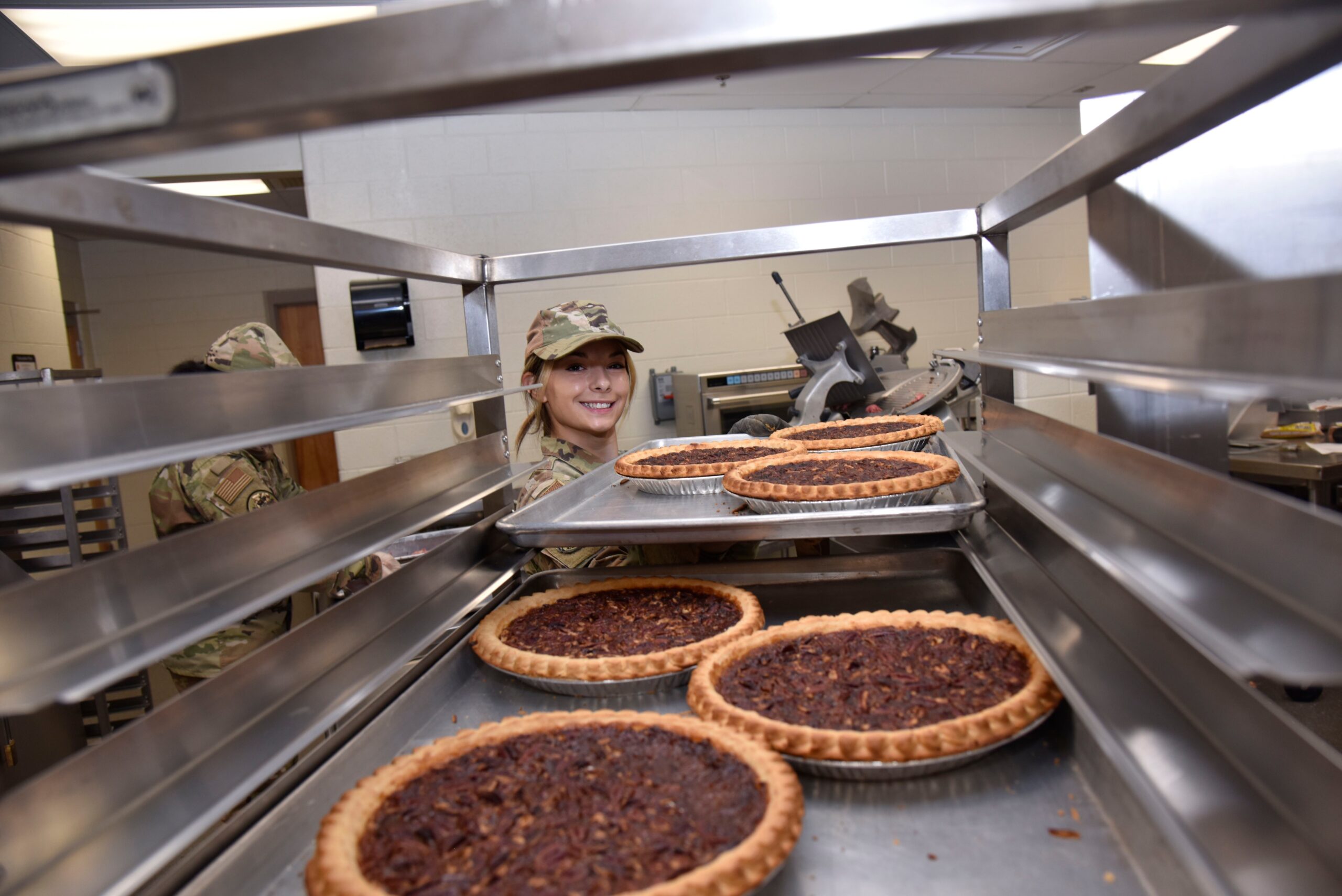 More than 370,000 pounds of food, including 9,155 whole turkeys and 41,745 pounds of roasted turkeys and lots of the trimmings, have been delivered, or are about to be delivered by Thanksgiving, to troops around the world, according to the Defense Logistics Agency.

Examples of the other items service members around the world, will consume, whether in dining halls, ships, or remote outposts:

*41,043 pounds of beef (including 10,734 pounds for troops deployed in support of the Ukraine response)

*17,884 pounds of shrimp (including 2,226 pounds for troops supporting Ukraine response)

*85,971 pounds of pies and cakes (including 14,226 pounds for troops supporting Ukraine response)

*2,274 gallons of eggnog (including 523 gallons for troops supporting Ukraine response)

The planning for the worldwide holiday food deliveries begins in the Spring, when the Defense Logistics Agency Troop Support team gets order forecasts from the services. DLA relays the information to their vendors around the world, and they begin ordering products for the meals

Officials track the delivery of products to the vendors’ warehouses, and track every single DoD order placed and delivered before Thanksgiving.

Karen has covered military families, quality of life and consumer issues for Military Times for more than 30 years, and is co-author of a chapter on media coverage of military families in the book “A Battle Plan for Supporting Military Families.” She previously worked for newspapers in Guam, Norfolk, Jacksonville, Fla., and Athens, Ga.