Staple vegetables, such as chili, eggplant and cucumber, are now being grown on the roofs, in the tires and in the trunks of abandoned taxis and you probably don’t need to travel far to see this unusual sight.

It can be seen in Bangkok’s Bang Waek neighbourhood of Phasi Charoen district, near the Energy Ministry, the Thai Tobacco Monopoly and at the “Talaad Thai” market, as taxis from cooperatives, such as Bovorn and Ratchapruek, have been returned because, since February of last year, they have been of little use, thanks to the economic impacts of the COVID-19 pandemic. 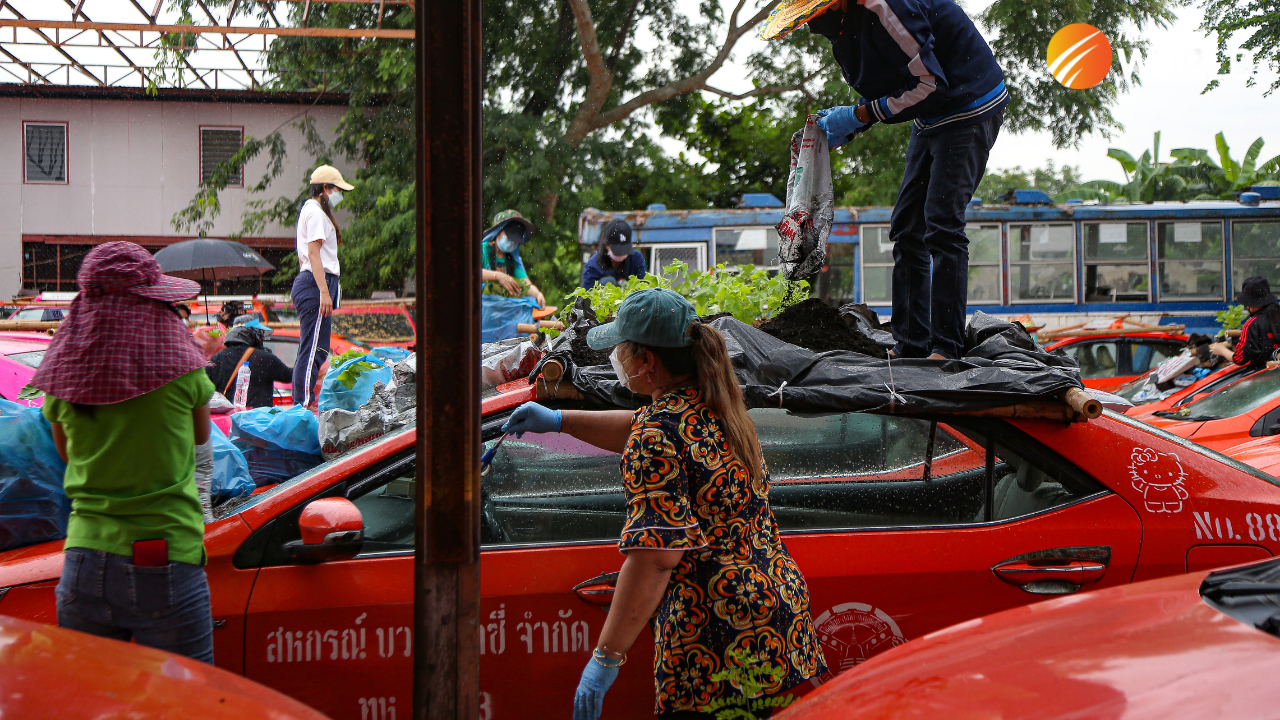 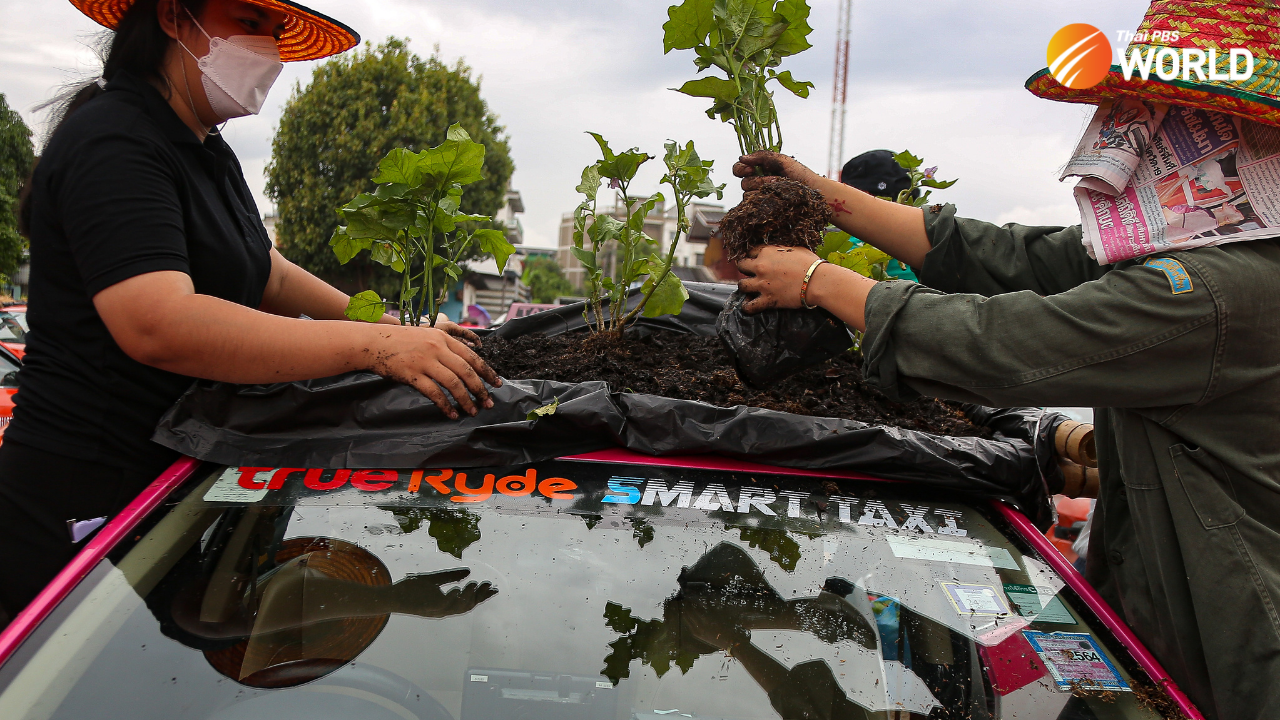 According to an adviser at Bovorn Taxi Cooperatives, the drivers can’t bear the financial burden of 400,000 – 800,000 baht per car and growing vegetables on them can help the remaining drivers bear the costs.

He said calls have been made by taxi drivers to the Transport, Energy and Labour ministries seeking financial support, but only survival bags were provided.

Even though some lockdown measures have been eased, some drivers will not come back, because they lack confidence in the slowly improving pandemic and the higher fuel prices. 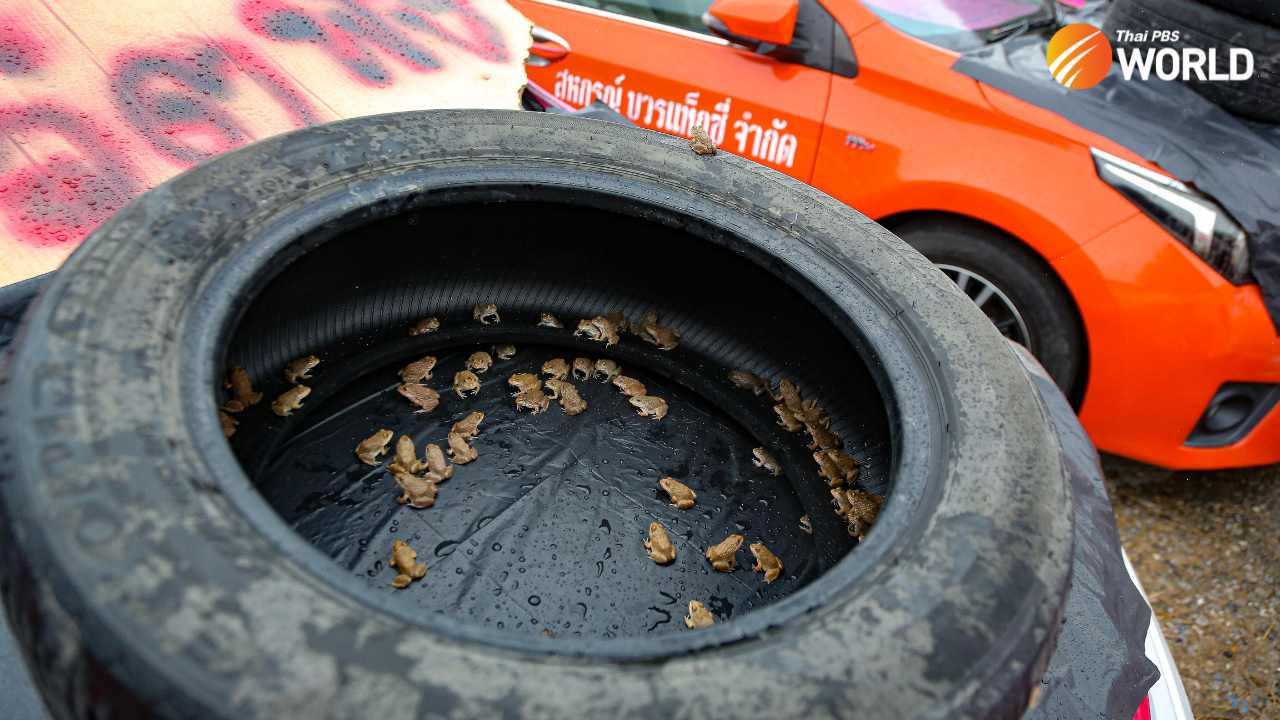 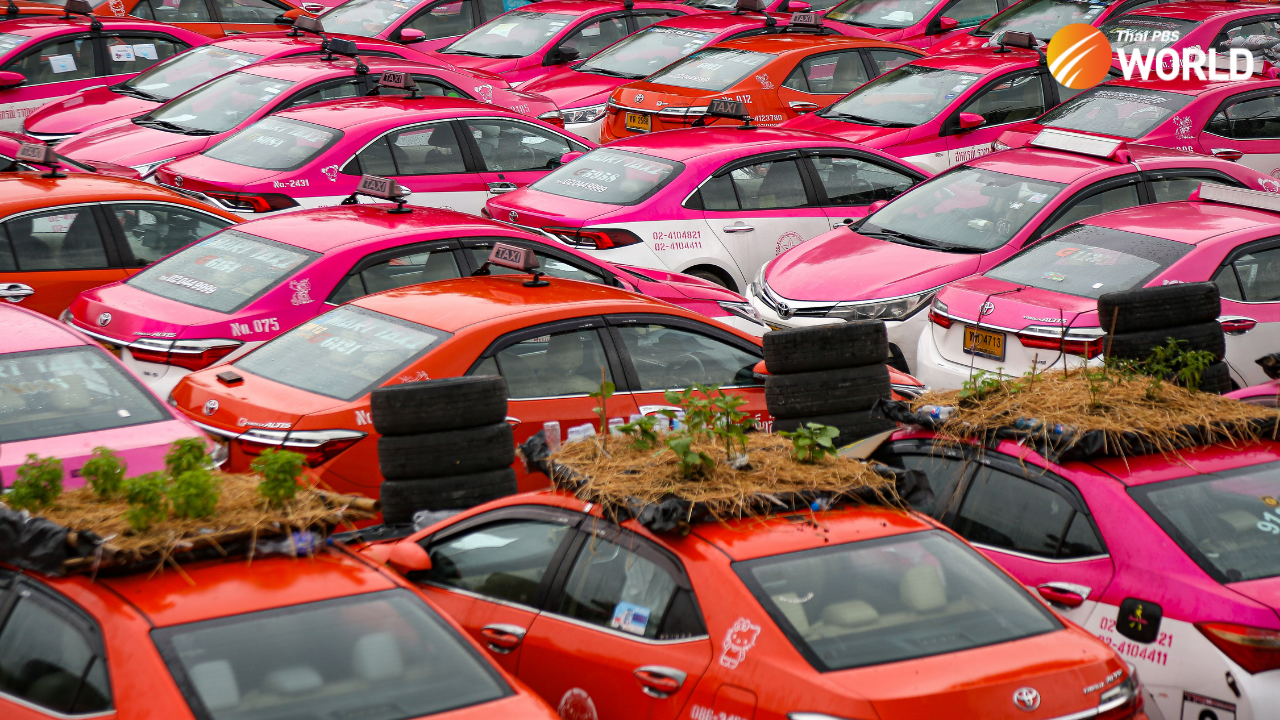 The post Vegetables grown on abandoned taxis help drivers survive first appeared on Thai PBS World : The latest Thai news in English, News Headlines, World News and News Broadcasts in both Thai and English. We bring Thailand to the world.