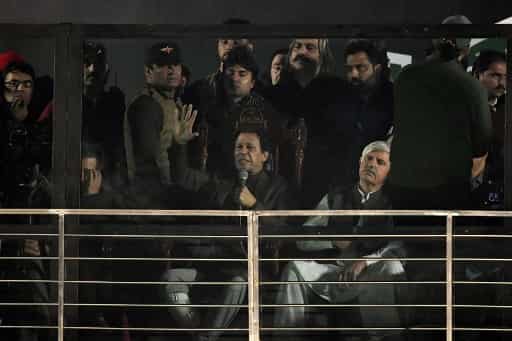 Imran Khan, Pakistan’s former prime minister, has called off his long protest march in Islamabad, fearing it would cause havoc in the country.

Khan made his announcement on Saturday (Nov 26) in his first public appearance since he was attacked. Khan-led nationwide march, which was supposed to be concluded in Islamabad, presented a high risk of escalating political unrest with an ongoing economic crisis.

Speaking to the crowd of thousands of his supporters, Khan said, “I have decided not to go to Islamabad because I know there will be destruction and the loss will be to the country.”  He said that they are quitting all assemblies.

Watch | Pakistan: Imran Khan calls off his month-long ‘Azadi March’; says ‘Will not be part of this system’

This time, a heavy security system was organised for Khan. An official told GEO News that approximately 10,000 personnel had been deployed. Khan said that many security sources had informed him he was still in danger of losing his life, Reuters reported.

On Saturday (Nov 26), instead of standing at the rostrum to address the audience, Khan entered the stage using a walking frame and sat behind bulletproof glass.

Last month, when Khan was heading towards Islamabad for his demonstrations, he was wounded in a blatant murder attempt, his aides stated. He claimed that three shooters tried to kill him in Wazirabad.

In a new effort to push for near elections, Khan said that he’s currently discussing with his party, PTI, about the possibility of resigning from all provincial assemblies in a fresh bid to push for early elections. PTI is still in charge in two provinces and two administrative entities despite having already resigned from the federal parliament.