On Saturday, protesters from Bad Student, Mob Fest and other groups staged a rally in front of Siam Square shopping mall,under the BTS station, after having moved from Ratchaprasong intersection due to heavy rain.

The protest organizers had already notified police of their planned rally.

As protesters, who include many high-school students and adults, began arriving at the scene at about noon, but continuous heavy rain forced the organizers to relocate the rally to nearby Siam Square, where the train station platform provides protesters with some shelter.

At the so called “Bye-bye dinosaur” protest, the Bad Student group said that, since parliament, which they describe as a dinosaur, refused to accept changes, they will become a “meteorite” which will strike the dinosaur, adding that today they will talk about all the issues to which the “dinosaur” parliament had refused to listen. 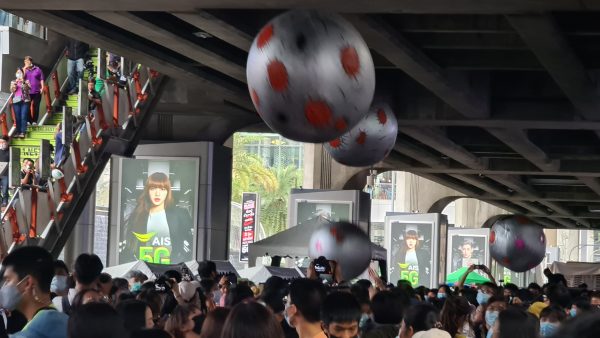 At about 2pm, two lanes of the Rama 1 Road, in front of the Siam Square shopping area, opposite Siam Paragon shopping mall, was closed to traffic. A six-wheel truck, equipped with a PA system and mobile rally stage, arrived at the scene.

Coloured ribbons were distributed to the young protesters, to tie around their wrists.  Pink for students under 18 and orange for those under 15. 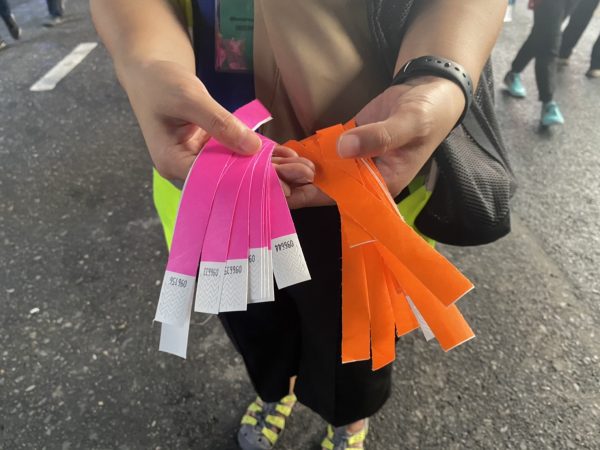 The post Young protesters gather around Siam Square BTS station in Bangkok first appeared on Thai PBS World : The latest Thai news in English, News Headlines, World News and News Broadcasts in both Thai and English. We bring Thailand to the world.