The second-largest monumental Buddha in Japan is a sight to behold. Sitting in the lotus position in the open air on the grounds of a temple, this 13th-century monument towers over visitors who come to leave offerings and go inside this sacred statue. With a remarkable story and traces of its gilded past still visible on its face, this is one of the most iconic and fascinating attractions in Japan. Planning a visit or just curious to know more? Here are some of the most interesting facts about the Great Buddha of Kamakura in Japan.

7 Interesting Facts about the Great Buddha of Kamakura in Japan

The Great Buddha of Kamakura is a large bronze statue of Amitābha. According to the scriptures of Mahayana Buddhism, Amitābha – also known as Amida or Amitāyu – is a celestial Buddha and the principal Buddha in Pure Land Buddhism, which is a branch of East Asian Buddhism. 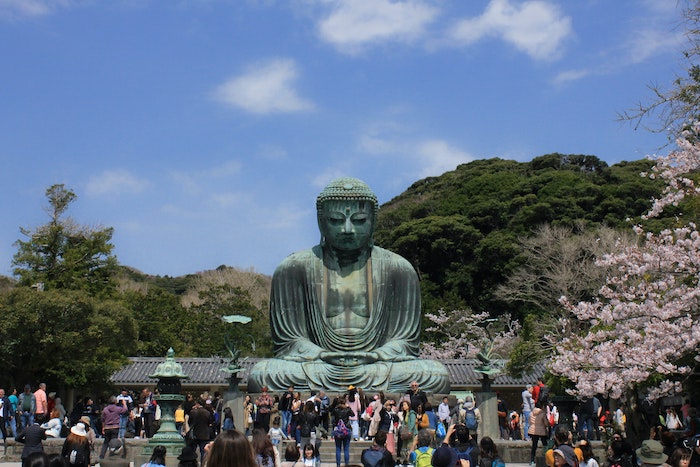 2. The Great Buddha is in Kōtoku-in

Kamakura is a seaside city in the Kanagawa Prefecture, just south of Tokyo in Japan. It was the de facto capital of Japan from 1185 to 1333. In this city, you’ll find Kōtoku-in, a Buddhist temple of the Jōdo-shū sect. It is in this temple where you’ll find the Great Buddha of Kamakura. This is one of the most iconic monuments in Japan and one of the country’s designated national treasures. 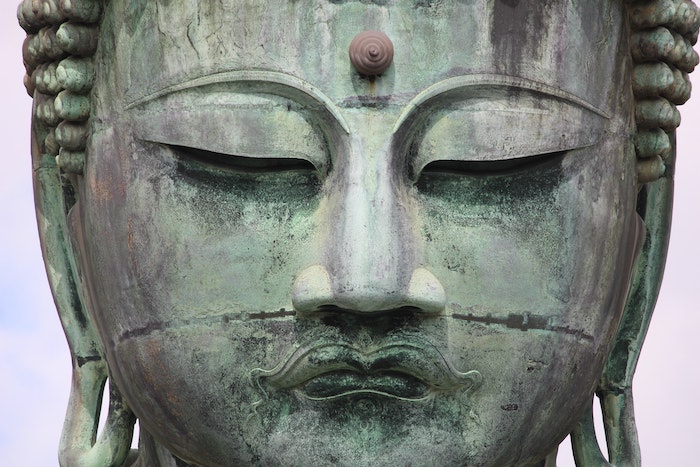 3. The Great Buddha is the second-largest in Japan 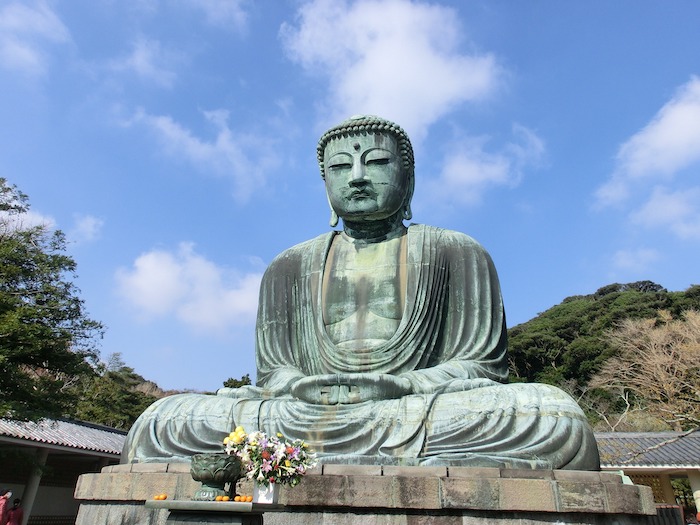 4. The Great Buddha of Kamakura dates from the 13th-century

Construction of the Great Buddha of Kamakura began in 1252. The original sculptor is not known but many believe that it was cast by either Ōno Gorōemon or Tanji Hisatomo, both leading casters in Japan in the 13th-century. To make the material, one theory is that Chinese coins were melted down to make the bronze.  Then, they covered the statue with gold leaf. If you look closely, you’ll see traces of gold leaf remain on the statue’s right cheek and ear. The elements eroded all other traces as the statue has stood in the open air since a tsunami destroyed the temple building that housed the Buddha in 1492. 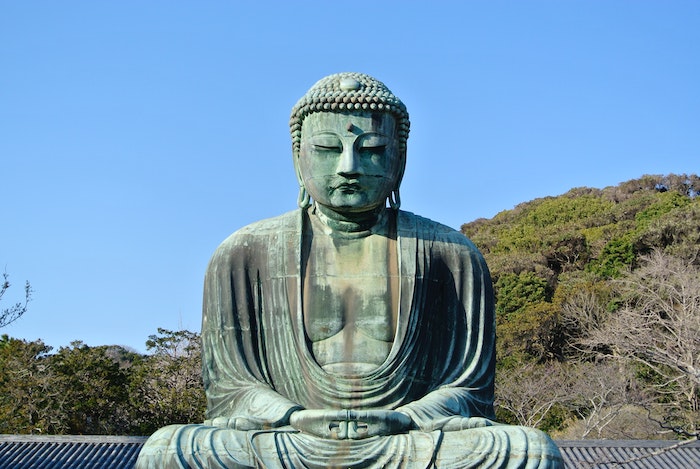 5. An earthquake damaged the statute

In 1923, another disaster struck. The Great Kanto earthquake rocked the city and destroyed the base that the Great Buddha sits on. The wasn’t until 1925 that workers completed the much-needed restoration of the base. Further restoration took place in 1960 when workers repaired and strengthened the Great Buddha’s neck. This was to prevent any further damage and to make the statue better able to withstand damage from any more earthquakes, to which Japan is prone. Workers carried out further restoration work on the statue in 2016. 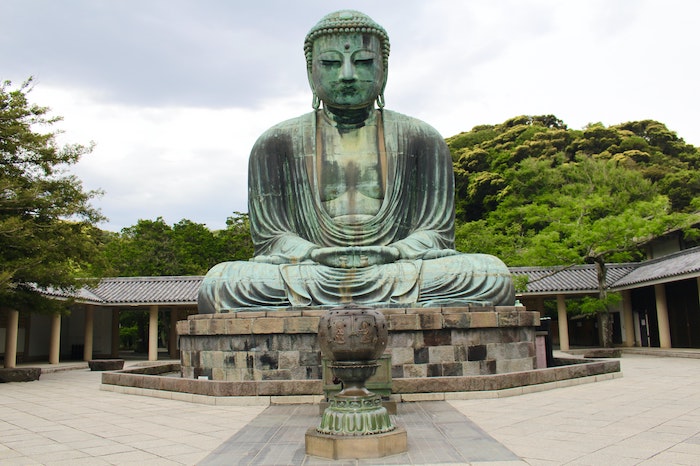 6. The Great Buddha of Kamakura has unique features

The Great Buddha sits in the lotus position with his hands facing palms up forming the Dhyana Mudra, the gesture of meditation. However, there are two slight differences that make this statue different from other previous Buddha statues. The Great Buddha’s thumbnails are not angled upwards and the thumbs are in front of the tips of the forefingers and hide the fingers. 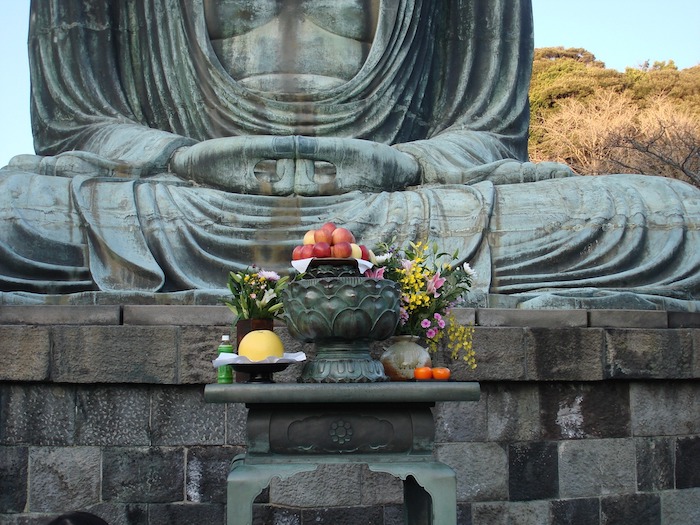 7. The Great Buddha of Kamakura is hallow

At one time there were thirty-two bronze lotus petals at the base of the Buddha, today just four remain but they are no longer in their original place. Visitors often leave offerings of seasonal fruits and flowers in front of the Great Buddha. The statue is hollow and you can go inside the Great Buddha. However, you must do so with great respect. Before you enter you’ll see a sign that says: “Stranger, whosoever thou art and whatsoever be thy creed, when thou enterest this sanctuary remember thou treadest upon ground hallowed by the worship of ages. This is the Temple of Buddha and the gate of the eternal, and should therefore be entered with reverence.”